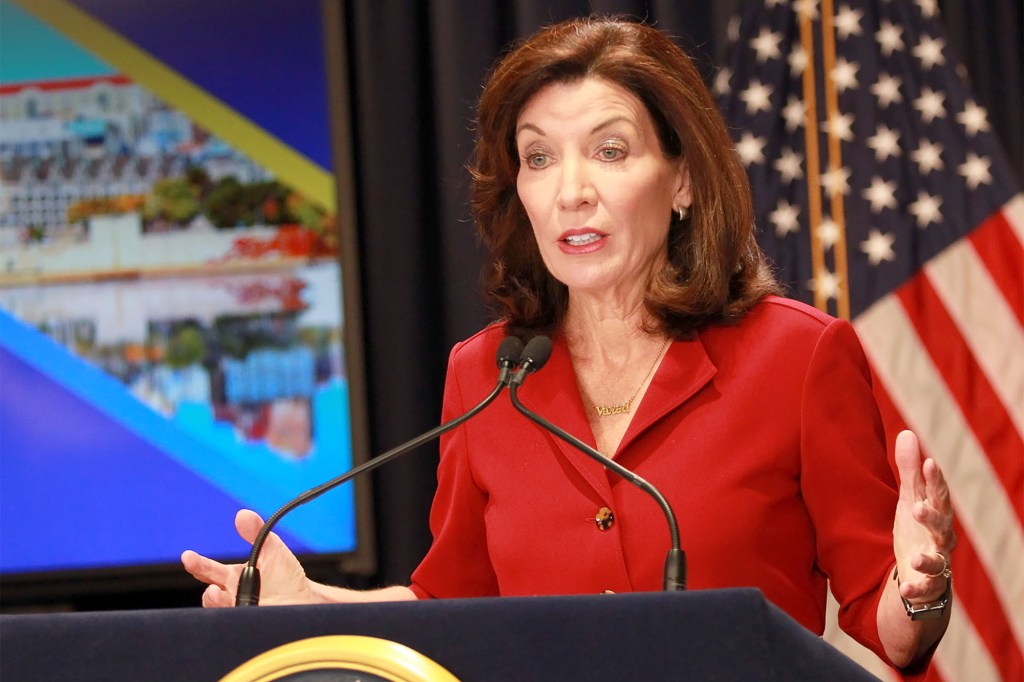 Cuomo agreed that state government resources would not be used to prepare the book under the ethics agreement with JCOPE.

An amendment to the motion said the book deal was approved based on “material facts that were omitted” or “misrepresentations.”

The defeated motion also would have given Cuomo, who is no longer in office, 20 days to re-apply for JCOPE’s blessing.

JCOPE last month also voted to allow Cuomo to keep the profits from his book, “American Crisis: Leadership Lessons from the COVID-19 Pandemic.”

The number one Law of the Universe: The ruling class protects its own.

SCHOCKED. I tell you I'm schocked.
Did you think anything would change under sawtooth Hoculs regime. Gotta protect the party system at all cost. She wants her piece of the pie too.

Governor "Mr. Ed" Hochul will avoid stepping on Cuomigula's toes cuz she's horrified of the havoc he could cause with his 18 million dollar campaign war chest.
This state will never be free of Cuomigula's malign influence until that money is gone. That Machiavellian fuckball will be stirring shit for the next decade

Who want's his book anyway.

when asked if she'll do ANYTHING against cuomigula, governor Mr Ed said "NEIGGGGHHH"