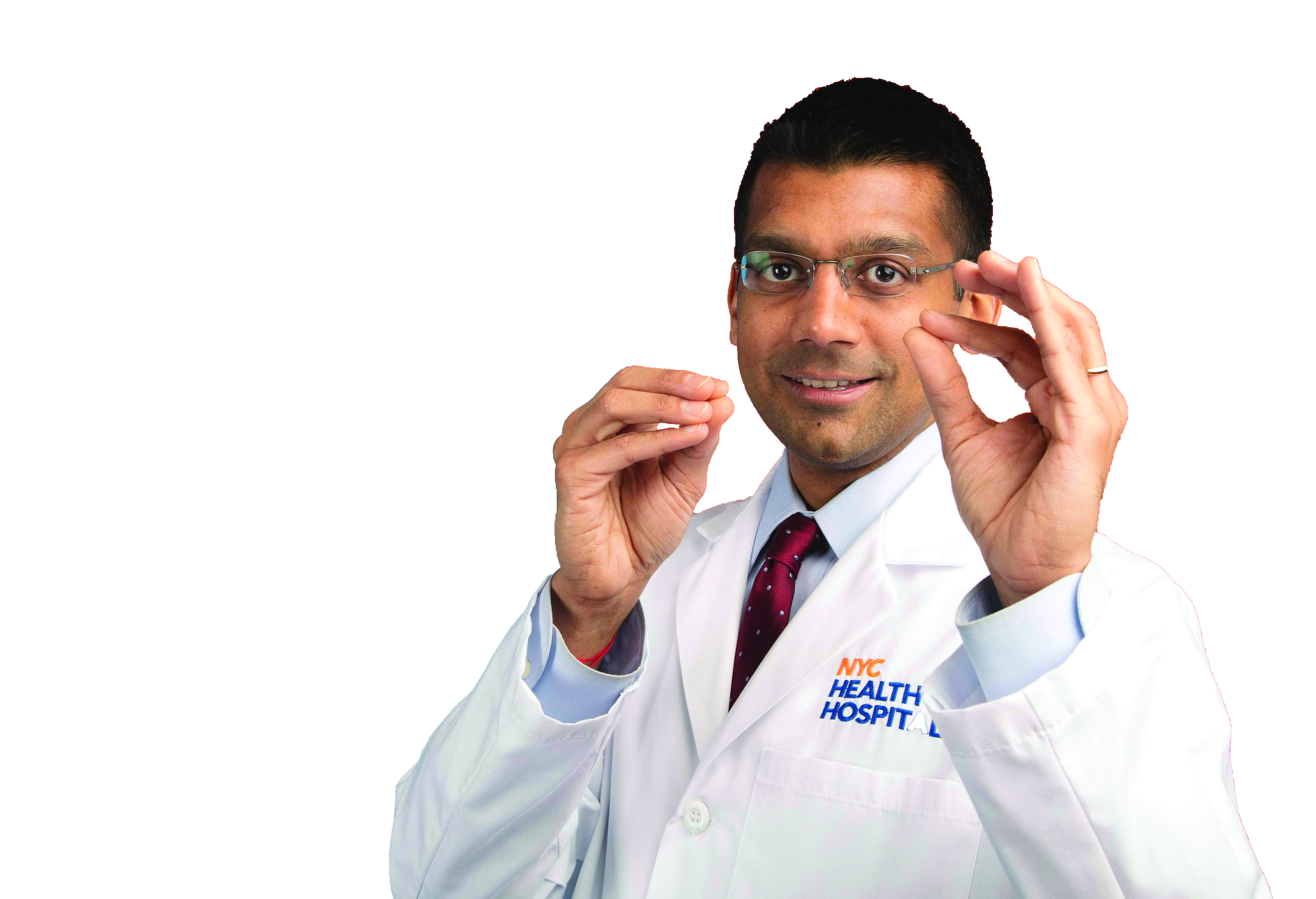 About 1,000 New York City Health Department employees have signed a letter blasting the agency’s return-to-office guidelines, accusing it of failing to communicate internal COVID-19 cases and not following a “science-informed” approach, including masking and social distancing.

“It’s a huge contradiction because we’re the Health Department,” one agency worker told The Post.

“We, of all agencies, are falling short of implementing an evidence-based and science-informed return-to-office process.”

“We’re not just whiny people who want to sit at home in sweatpants on our laptops,” a second DOH employee said.

“We are all so committed and dedicated to public health, and so hardworking. But we want scientific evidence explaining why it’s safe to go back to the office.”

“We’ve continuously found hand sanitizing stations empty on the 11th floor and a lack of hand soap available at 11th-floor kitchen sinks, despite having placed several service requests,” the fed-up public health workers wrote in the letter, which was obtained by The Post.

In addition, not all employees are adhering to mask rules — and instead of having supervisors enforce them, workers are asked to “police each other,” which creates uncomfortable situations, according to the letter.

The letter requests agency officials “regularly provide information about our actual risks at the worksite, based on available evidence,” including the number of staff infected with COVID-19 and the “date of diagnosis at different DOHMH worksites.”

“Be transparent with actual details on airflow, expected transmission rate in our workplace settings, the rationale for removing the physical distancing requirement, and why it is considered safe to have us eat at our desks,” it says.

The exasperated agency workers also want to know why the commissioner didn’t question the mayor’s decision to force all 300,000 city workers back to their desks full-time starting Sept. 13 if it isn’t safe.

They note that Chokshi told them during an internal town hall meeting in August that productivity hadn’t suffered from remote work during the pandemic — despite the mayor saying that municipal workers don’t get as much done at home.

The Health Department has led the city’s response to the pandemic that’s sickened over 1 million New Yorkers and killed nearly 35,000 residents.

This exchange during a very overlooked zoom briefing about the Key to NYC revealed DOH officials flouting these guidelines.

Here's some more proof of @NYCHealthCommr's negligence and dereliction. During a #KeyToNYC zoom hearing, a citizen asked about the DOH officials flaunting of pandemic guidelines and the DOH rep suddenly bailed and the @NYCDoITT commish disregarded it and said it was irrelevant pic.twitter.com/yipNCVbOcX

But I thought it was a fake virus? Is it not fake any more? What's the latest directive from Q on this?

not following a “science-informed” approach, including masking and social distancing.

Except there is zero science -- ABSOLUTELY ZERO -- that shows masking and social distancing do anything. If they do anything at all, masks make things worse.

“We’re not just whiny people who want to sit at home in sweatpants on our laptops,”

You most certainly ARE.

Covid is NOT spread by contact, it spreads in the air. Hand sanitizing is good for some things, but it does NOTHING AT ALL to prevent Covid.

Sad that our "health department" is filled top to bottom with ignorant dummies.

Covid is NOT spread by contact, it spreads in the air.

But I thought it was a fake virus? Is it not fake any more? What's the latest directive from Q on this?

Ask Fauci. He knows. Specifically the gain of function piece.
Only thing fake is - YOU.

"Except there is zero science -- ABSOLUTELY ZERO -- that shows masking and social distancing do anything. If they do anything at all, masks make things worse. "

That's a lie and you know it. As with all good liars you mix in a little bit of truth regarding Hand Sanitizing and "hygiene theater" , but the rest of your spiel is total lies.
There is enough evidence out there about masks, while not perfect, they do help contain the spread significantly. Not all masks are created equal but any is better than none.
As for whiny people.
Thats true. Lots of whiny right wing snowflakes like yourself on this site.
Get a life!

There is enough evidence out there about masks, while not perfect, they do help contain the spread significantly. Not all masks are created equal but any is better than none.

Abject and total ignorance. The "masks werk!" studies are all fraudulent, as so much of the Covid propaganda has been fraudulent. The one actual properly done Danish study on masks specifically regarding Covid showed that masks DO NOTHING. Which is precisely why the Powers That Be tried desperately to prevent the publication of the study. Furthermore, prior to the FauxDemic, it was NEVER policy to recommend masking during respiratory virus outbreaks. In fact, the policy was specifically NOT to mask.

But you don't know any of this because you're an ignorant Liberal who believes what the professional liars on CNN, MSNBC, etc. tell you. (Psssssttt.... you're a rube being fooled by the carnies. No, honest, try to guess which shell has the pea under it.)

You can find a lot of info here, but of course you (1) will dismiss it out of hand and (2) won't bother reading anything that might ruffle your smug and complacent worldview.

This is how the Biden/Cuomo/deBlasio administration has lied to you:
-They downplayed the origin of the virus as a product of research at a communist chinese laboratory in Wuhan.
-They downplayed the role of Fauci in funding the "gain of function" research in that chinese communist party laboratory.
-They overstated the outdoor transmission rates by orders of magnitude...to keep you locked down and quiet last year.
-They downplayed the effectiveness of alternative therapeutic medications that has been deployed successfully in other nations.
-They overstated the risk to those below the age of 65. Remember that "millions would die".
-They covered up their role in accelerating the transmission in the elderly NY population.
-They downplayed the ability of natural immunity to stop the virus.
-They overstated the ability of vaccines to stop the virus.
I could go on and on like this.
In other words...Democrats lie and continue to lie for their own political gain and to the detriment to your children's health.
Harry Haller

"There is enough evidence out there about masks, while not perfect, they do help contain the spread significantly. Not all masks are created equal but any is better than none."

Why don't you provide some evidence ? Talk is cheap.


"Lots of whiny right wing snowflakes like yourself on this site. "

So why are you here? To provoke?

@“ They downplayed the….” Whatever.

Every one of your lies contradicts the other. It goes from “fake virus” to “real Chinese virus” back to fake virus.
A good liar could at least stick to the gameplan. You are all over the place, like one of those Mickey Mouse crooks you see on a 1950s movie. Can’t get the story straight.
Stick to quotations. At least you don’t have to come up with an original thought.

You proved yourself to be incapable of reading comprehension, so you proved yourself wrong about the details of my post.
Everything I stated is the truth that can be looked up with a simple search.
Nowhere did I say the virus was "fake", but I did imply that its fatality rates (which are relatively low in truth) were skewed to keep the public scared and stupid...apparently your preferred natural state.

@"Everything I stated is the truth that can be looked up with a simple search."

Get a life Q-Anon Snowflake.

Go back to Oklahoma.

Nowhere did I say the virus was "fake"

You did not say the virus was fake.

I say the virus is fake, the tests are fake, the whole pandemic is fake, better yet
the whole crap was planned for years.
The only ones who contradict themselves are Fauci, Schwab, Gates, MSM, Daszak, and corrupt politicians.
The evidence for "fake" is overwhelming.

...and in response, I give you all an actual Twitter link with the NIH letter stating that NIH Director Collins and little Dr. Fauci lied when they said they didn't fund the gain-of-function research on this virus:

This is what we call primary source proof.
Now wipe that egg(or whatever that is)off your face socialist-democrat shill,
and get with reality.

I think you can all guess that I have primary source proof on all the statements I made. Don't be lazy though, look them up for yourself then take the red pill if you're still laboring under the delusions of leftist media propaganda...and wearing a mask in your own basement.

@“ ...and in response, I give you all an actual Twitter link with the NIH letter stating that ”

Wow, you really are dumber than I thought. Get ting your news from Twitter is tor Twits.

The Biden/Cuomo/deBlasio voter continued with...

"Wow, you really are dumber than I thought. Get ting your news from Twitter is tor Twits."

Proving herself an even larger moron, she forgot to notice that the twitter link actually had a photo of the original letter from the NIH stating that Collins and Fauci lied to us when stating that gain-of-function research into viruses was not funded by the NIH at the Chinese communist lab.

One begins to wonder if this little shill isn't just another foreigner trying to undermine reasoned discussion on this site.