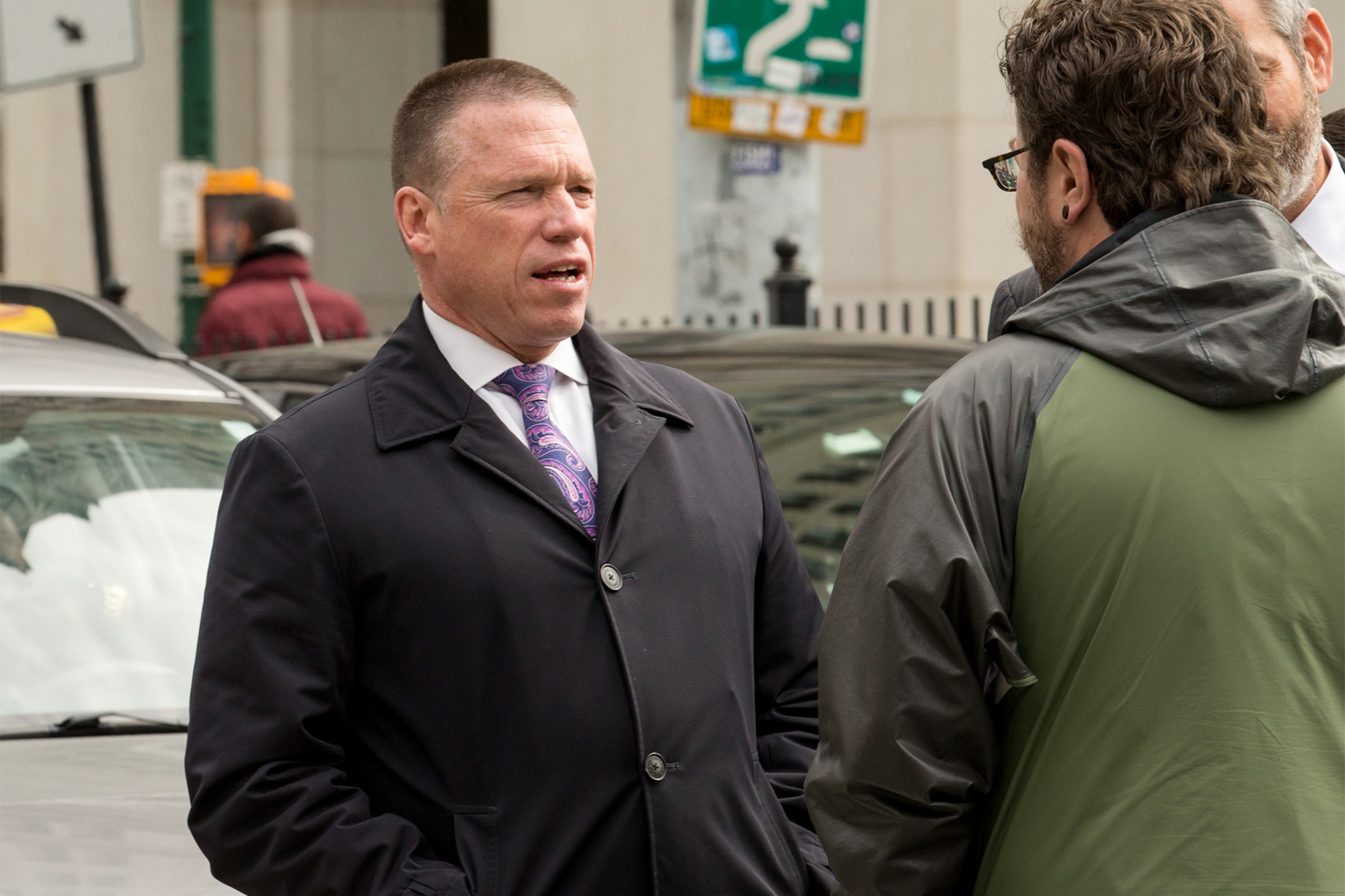 “Inspector Redmond’s conduct has been referred to the Manhattan District Attorney’s Office for possible criminal prosecution,” she told reporters during a press conference after the release of the scathing report. “The criminal matter that we found in the investigation was … the potential obstruction charge.”

In the 49-page report into de Blasio and his use of the security detail, Redmond was found to have stonewalled DOI investigators, refusing to turn over his phone for months until he was ordered to do so by his supervisor.

“DOI has concluded that the NYPD inspector in charge of the First Family’s security detail actively obstructed and sought to thwart this investigation, frustrating DOI’s efforts to learn the full facts regarding these allegations,” reads a portion of the probe, released Thursday morning.

In Redmond’s effort, he attempted to scrub evidence by, among other actions, destroying his phone, according to the investigation.

“One former NYPD detective told DOI that Inspector Redmond instructed EPU members assigned to the Mayor and his family to communicate with the City Hall resources to impede the NYPD from getting access to EPU communications when ‘dumping’ NYPD phones and emails during investigations,” reads the report.

Something does not add up about this story.

Call detail is available especially if is an NYPD provided phone.
Can be subpoenaed if is a private phone, with the appropriate legal warrants.

Ok, he turns over his phone, then what? We delete stuff all the time from our phones.
Cell phones are like spy devices, they always know where you are, what you are doing.
Yes, the camera and the mic can be turned on remotely.
Plenty of software available that is not for sale for the average person.
Telco companies have ALL the records, call detail, location data (cell tower), Google has the GPS location data.
So what is this about then?
Obstruction charges?
Ridiculous.

This administration couldn't run a Walmart much less the City!