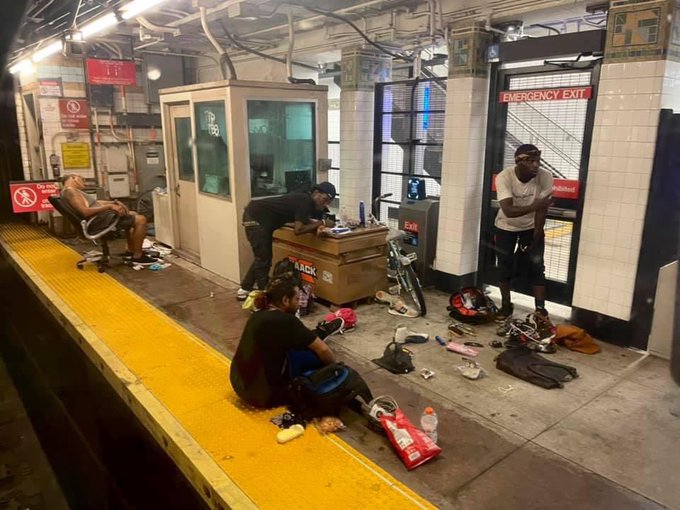 Federal researchers will release nontoxic particles and gases into the New York City subway this month as a part of a study on airborne terrorism threats, officials announced Sunday.

Researchers from the Homeland Security Department and the Massachusetts Institute of Technology aim to find “actionable data for emergency preparedness authorities,” according to an advisory from the Metropolitan Transportation Authority.

The particles and gases that will be used in the study are designed to imitate biological and chemical agents, authorities said. The scientists will set up air testing devices at dozens of locations across the subway from Oct. 18-29 to conduct the study.

The Homeland Security Department did an environmental assessment of the gases and particles to be released to ensure they’re safe, officials said.

It’s not the first time the feds have used the city’s subway system as a testing ground for potential airborne attacks.

This month’s research is part of the Urban Threat Dispersion project, which in 2016 conducted similar experiments in the subway.

The Army in 1966 sprayed a bacteria officials said was harmless directly onto city subway riders as part of an experiment made public in 1980. The subway riders — accustomed to wild experiences underground — did not notice the test, which Army officials said made the system a prime target for a covert attack.

MTA officials promise the latest airborne tests will be much more transparent.

It’s a conspiracy. The government is out to get us all. Run for the hills Sheeple.

Yippee, Chemtrails for the subway !

So😂😂😂😂....let us get this straight.....NYC farts into its tunnels to trace migration of gas!
The “terrorists” on our subways are the mentally ill....released prisoners....the homeless!!! Who the fuck do you think are attacking riders with blades....axes....or pushing them onto the tracks?
C’mon you bureaucrats! PATROL THE TRAINS! More police in the subways.
Curtis Sliwa for mayor!!!!!! Former NYPD and Brooklyn Borough President Eric Adams did squat all those years. Brooklyn gangs ran rampant and the crime stats were high. WTF will he do as mayor? “Yes sir, REBNY. How high do you want me to jump?”
The REAL folks who run the city is the real estate industry. They feed candidates campaign coffers! The mayor and council are figureheads....front men for mega landlords.

The government is out to get us.


What should the Sheeple do?

"What should the Sheeple do?" Vote the Letoids out !