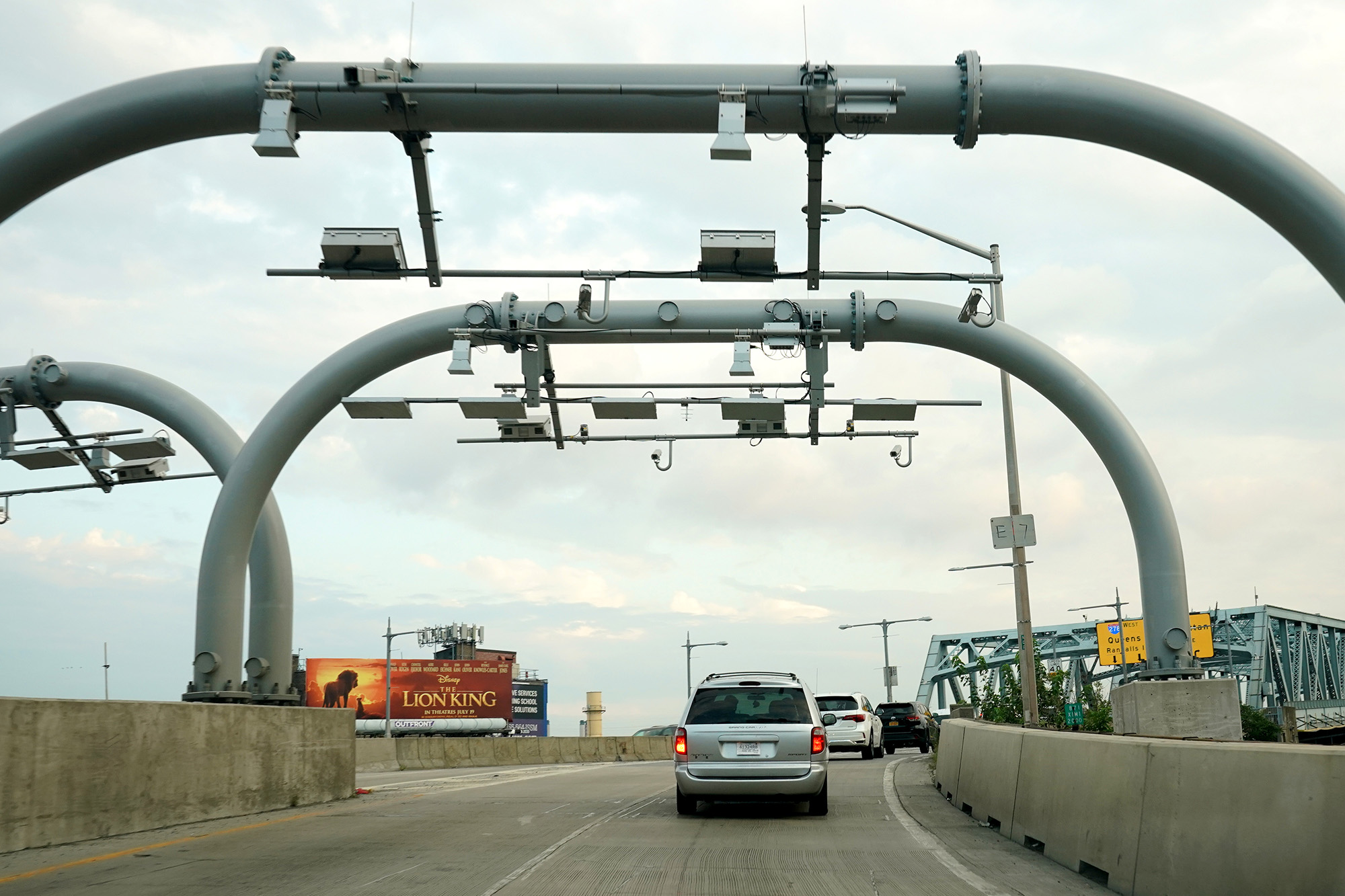 It’s highway robbery — and the MTA doesn’t even know the culprit.

The authority is down at least $56 million thanks to “unbillable” tolls for which officials cannot find an address to mail the bill, State Comptroller Tom DiNapoli said Thursday.

MTA Bridges and Tunnels was unable to send bills for six million crossings through from September 2019 to June 2021 — leaving millions of dollars uncollected, the comptroller’s office said in a letter to the MTA following up on three-year-old audit into its cashless tolling.

A huge chunk of the lost revenue — $33.9 million — stemmed from the MTA and its vendors not having agreements with other states’ DMVs to access vehicle registration information, particularly for temporary plates.

Another $21.8 million went uncollected because license plates were either too dark, too bright, missing a state name — or just missing altogether. Thousands of transactions worth another $2.9 million went unbilled due to bad image quality.

Ex-Gov. Andrew Cuomo announced plans to remove tollbooths at the MTA’s seven bridges and two tunnels in late 2016. The program got underway a few months later.

The system’s flaws have come into sharp focus in recent months. In September, the MTA Inspector General flagged a transit employee who bragged to co-workers about eluding tolls with an obscured license plate and owed $100,000 in tolls and fines.

The public gets what they voted for, and they get what they deserve. Their ignorance of history is no excuse.

Out of state buyer

Now I know what all those cars with Pennsylvania plates are doing around the neighborhood.

And so much for car drivers paying their fair share for storing their cars getting all that tax payer funded infrastructure.

Start ticketing, and then confiscating vehicles as necessary, all vehicles with license plate covers, damaged/unreadable plate letters and numbers etc. I can spot a few on every block nearby--it's not a great mystery why these plates are damaged. If I can figure it out, the MTA and law enforcement could do it also. They need to actually pursue this--56 million buys a lot of stuff.

i always see plates that look tampered and there ya go

The real thieves are the TBTA and the pols who authorized the outrageous tolls at NYC bridges and tunnels.

Turd Ferguston said...
Toll roads are literally a monopoly that is sanctioned and protected by the state.
It's also an invasive surveillance technology that can monitor the movement, location, speed and operation of any vehicle on any highway or road. Worse, they foster corruption, political patronage, and discourage needed improvements on the rest of the highway system.

Start looking at how many cars have scraped up license plates so you can’t see the numbers and how many cars put reflective covers over their plates.

@"Start looking at how many cars have scraped up license plates so you can’t see the numbers and how many cars put reflective covers over their plates. "


Why bother. Just get rid of cars.

Start looking at how many cars have scraped up license plates so you can’t see the numbers and how many cars put reflective covers over their plates.

Hate to disappoint you, but that's not how this technology works.
Read more carefully, you'll understand that's not the reason.

@“ Read more carefully, you'll understand that's not the reason.”
Says someone who hasn’t a clue either.

90% of them are city government employees.

Says someone who hasn’t a clue either.


"A huge chunk of the lost revenue — $33.9 million — stemmed from the MTA and its vendors not having agreements with other states’ DMVs to access vehicle registration information, particularly for temporary plates."

As I said, you are dumb as a rock. hahahahaha