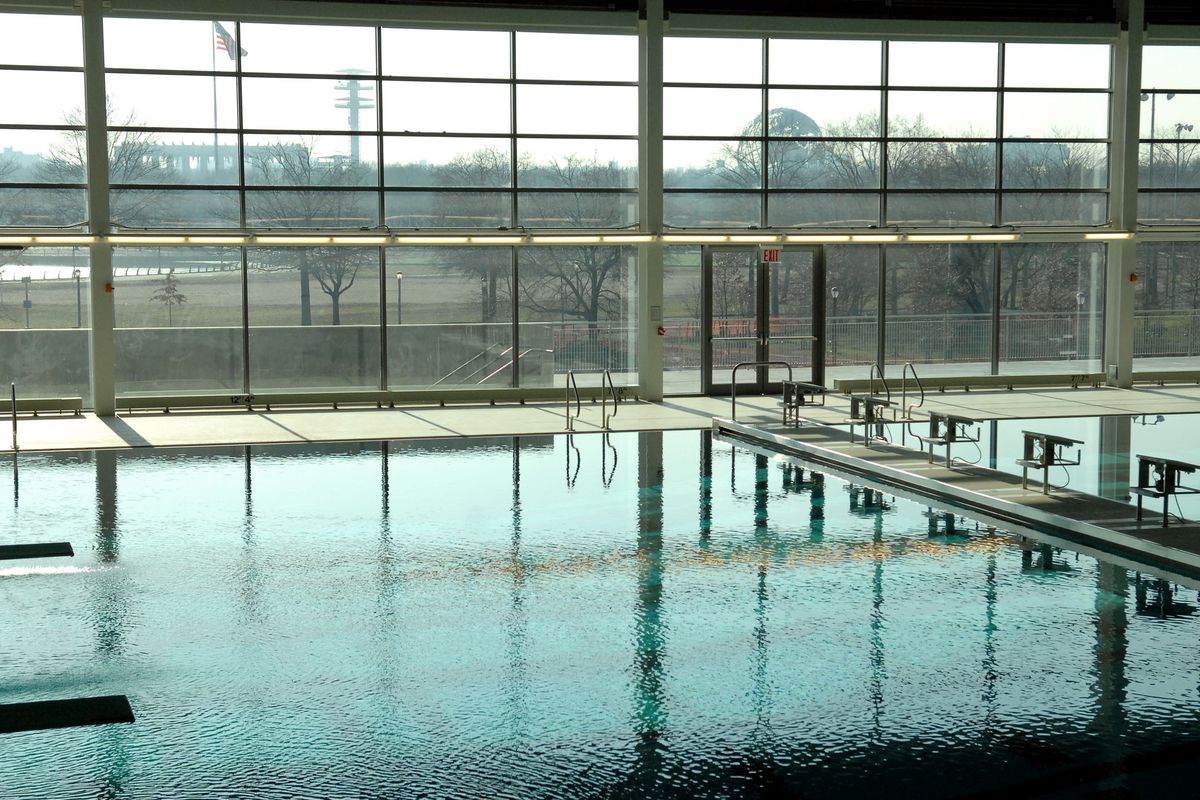 A heralded Queens public pool central to New York City’s failed 2012 Olympic bid has been shuttered since before the pandemic — while as many as a dozen workers show up daily without swimmers to serve.

It’s one of six public indoor pools closed for maintenance even after the six others run by the city reopened last month following an 18-month COVID-spurred shutdown.

The Flushing Meadows Corona Park Aquatic Center was shuttered Jan. 13, 2020, for what the Department of Parks and Recreation described as “emergency repairs” after the roof started shedding concrete.

At the time, the department said in a press release, “the pool will be closed to the public for at least six weeks,” with “extensive ceiling netting” to be installed over the pool and a neighboring ice rink.

The pool’s public entrance on the eastern edge of the park is now padlocked, with handwritten signs reading “Pool is closed, sorry” pasted on the front doors.

That netting is now permanently in place over the drained 50-meter pool, according to workers at the facility, which first opened its doors in 2008. Chunks of concrete falling from the ceiling are to blame, the Parks Department says.

Conditions are so far-gone that Parks says it is developing plans to reconstruct the roof.

If you look at the website of the architects that designed the crumbling pool, Handel Architects, they state their "values" as a company. Those include:

We believe deeply in the importance of designing sustainably.

So you can guess the sorts of Progressive boobs that probably work there. And this is what you get. Also, who's pockets got lined?

Says a lot about the quality of newer construction

Falling apart in just over a decade. Lovely.

Good work if you can get it.

At least NYC taxes are low!

@We believe deeply in the importance of designing sustainably.

For 2 years after it opened I used to swim there 3x per week for about an hour a pop. Gave up after that because I could not get the chlorine out of my hair despite washing with a specially-designed chlorine removing shampoo. Plus doing laps eventually gets boring.

"It's Trump's fault" Yes that's all the Leftoids have !

Yep. The couldn't build it the first time, BBB now?