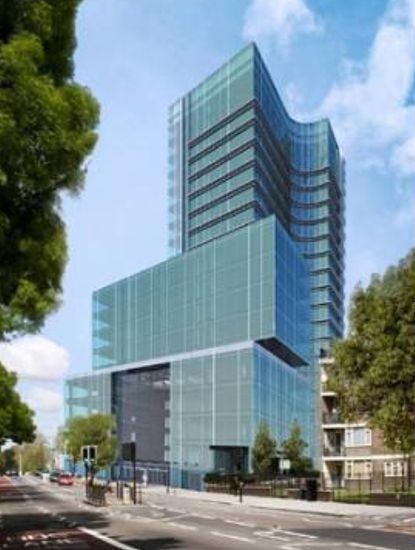 A prominent Queens businessman and political donor is facing accusations that he and his wife lured hundreds of unwitting Chinese nationals into pouring a quarter-billion dollars into two development projects with the promise that their investments would help secure residency in the United States.

According to a complaint filed in Brooklyn Federal Court by the U.S. Securities and Exchange Commission, Yi “Richard” Xia and his wife Julia Yue persuaded more than 450 investors to shell out $229 million to fund the construction of two five-star hotels, one in Flushing and the other in Corona.

The Flushing development, which was dubbed the Eastern Mirage Project and supposed to be finished in 2013, remains incomplete, and according to the SEC complaint, is “an unfinished and empty glass tower.” The other development, the Eastern Emerald Project, is “a largely vacant dirt hole surrounded by a concrete wall.”

Xia’s solicitations for investments spanned from 2010 to 2017, the SEC contends.

According to its complaint, Xia, 52, and Yue, 41, pitched the hotel projects as a way for investors from China to obtain American residency through the U.S. Citizenship and Immigration Services’ EB-5 program, which allows foreign nationals to qualify if they invest $500,000 or more in a project that creates or preserves jobs.

But, the SEC claims, the investors who made loans to project developers were being deceived.

“Defendants represented to investors that their $500,000 capital contributions would be used only for the construction and operation of that specific project. Instead, defendants repeatedly misappropriated money from one project and used it for another,” the complaint states. “Xia also misappropriated investor funds for personal and other improper expenses.”

To that end, the complaint claims that “at least $9.7 million in ill-gotten gains” were funneled into Yue’s personal bank accounts “for no legitimate business purpose.”

Xia also promised investors the projects would be financed through government bonds and bank loans, according to the complaint, which contends those assertions were false.

Xia and his wife did not immediately return calls seeking comment.

I can’t wait to spend a night in the Mao Tse Tung memorial vacant lot with a concrete wall around it. Will bring back vivid memories of the People’s Re education Farm and Labor Camp. Where We spent many hours making sunglasses, hats and fake designer purses for the oppressed black people from Nigeria to sell on NYC sidewalks.

This is awesome! Lots and lots more of this Chinese style corruption coming to NYC, a city which will be run by Chinese in 20 more years, at most.

But remember kids, diversity is our strength! I learned me that in skool.

By the way, did ya'll pick up the information that the United States, the world's biggest airport arrivals lounge (not a nation for at least 60 years now), lets you BUY residency for a lousy $500K? That's all!! So Chinese money bags drop a pittance into some "project," real or fake, get residency, pop out an anchor baby and ca-ching! They will never have to go back home again.

That's right, whitey, your birthright (after all, whitey built that) is being sold for $500K a throw. Hoo ha, what a country!

I can do the same thing in China, right? Right? Lolz!!

There's no white people involved in this alleged crime, why is this in the news?

There's no black people involved in this alleged crime, which is why the police didn't shoot anybody.

"There's no black people involved in this alleged crime, which is why the police didn't shoot anybody."

Lol! C'mon now, Spanky. We all know who shoots nearly all the black people gettin' shot. (Since you're a dolt I'll give you a tip: other black people).

The SeerofZOG said... Keeps putting the Leftoids in their place ! Love it...

China virus....now China fraud.
Dig deeper and find all the Democrat machine pols who are crooked. This is the tip of a huge iceberg that started with Ackerman, Manes and Shulman. The last two are mouldering in their graves but their treachery lives on.

@That’s capitalism for ya. Hasn’t changed much since 1492.

Wow, we have a true history major here.

@Dig deeper and find all the Democrat machine pols who are crooked.

Absolutely. Find a lot of criminals, commies who are masquerading as Democrats.
Plenty of RINO-s too. Life is good, money is great.

It’s not Halloween yet. Stat in your crypt for a few more weeks.