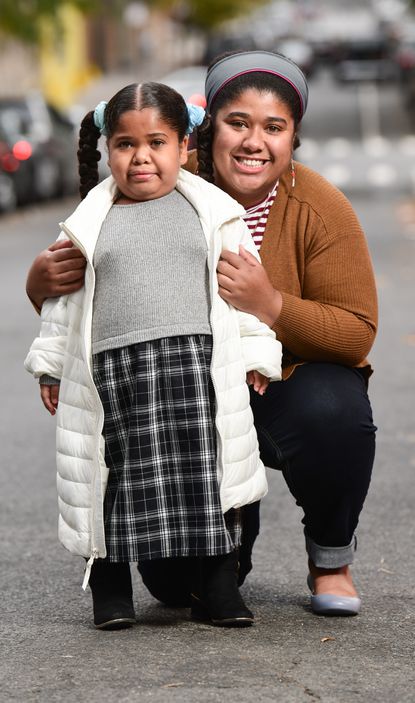 A “cataclysmic” failure of New York City school bus transportation has left scores of city kids without buses for days or weeks — and some desperate families still waiting for a pickup more than a month into the school year, parents and advocates say.

Years of dysfunction compounded by the logistical challenges of restarting in-person classes amid the pandemic and a nationwide driver shortage have pushed transportation conditions in the city to a record low, according to families and school bus watchdogs.

“The busing situation in this city is cataclysmic,” said Amaranta Viera, the mother of a first-grader with autism who was without a bus for nearly a month after classes started on Sept. 13.

Some students legally entitled to school buses because of disabilities still have not been assigned a route. Others have a route, but no driver, matron or paraprofessional to pick them up. And some kids whose buses do show up are facing erratic pickups or hours-long rides, according to experiences shared with The Daily News.

“The problems are boiling over this year with kids missing not just hours, but days and weeks of school,” said Sara Catalinotto, the head of the advocacy group Parents to Improve School Transportation.

DOE officials said there are roughly 550 students who still need bus routes, a slight increase over the approximately 500 kids without routes at this time in 2019 and 2018 but still a small fraction of the 150,000 total kids who take school buses. Officials claimed all kids who were registered by the first day of classes now have a route.

But advocates say the number and severity of complaints pouring in this year are noticeably greater than in years past.

Catalinotto said she heard from eight families just last week who still don’t have a school bus, and 15 since the beginning of the year, compared to zero and three such complaints in 2019 and 2018. Another parent advocate who began compiling bus grievances at the beginning of the year got 58 hits, with half complaining of a no-show bus. The city’s Panel for Education Policy solicited bus complaints from parents for a recent meeting and got roughly 60 emails in three days.

“Typically by now, the bus issues would die down a lot, but not this year,” said Lori Podvesker, the education director of the special education advocacy group INCLUDEnyc and a member of the Panel for Education Policy.

But parents say calling the OPT’s hotline is a lesson in futility because they either can’t get through or are directed to contact their schools or bus companies — discouraging them from trying again.

Clearly, this mess is because teachers need to get paid more.

Not only does the Department of Edjumacation not actually educate much of anyone, they can't even run the school busses on time. Where's our Mussolini when we need him? Hell, I'd settle for Bloomberg.

The only solution for the DOE is eliminating it.

Pay them enough money and you’ll have no problem finding drivers.

Our kids school buses are there every morning and afternoon. No issues. No issues with other parents I spoke to.

RE: Anonymous Anonymous said...
Our kids school buses are there every morning and afternoon. No issues. No issues with other parents I spoke to

Yes, only your personal experience matters. You are obviously aware of all children and all bus routes in NYC. Must be very time consuming.

@"Yes, only your personal experience matters" Yes and my feelings Orange Man Bad !

@"Yes, only your personal experience matters. You are obviously aware of all children and all bus routes in NYC. Must be very time consuming."

Very true. This is akin to Fox News Sheeple saying, "I don't see global warming in front of me, so it must be fake". Or "It's cold today, so there's no such thing as global warming"

@“ Conservatives believe in equal opportunity.”
No such thing as conservatives. Fascists would be a much better description.