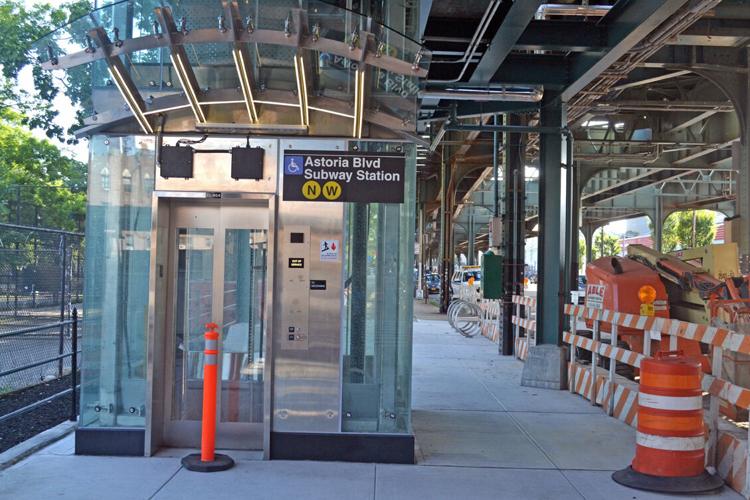 The Metropolitan Transportation Authority now will be enlisting private developers in its effort to make more subway stops handicapped accessible with a zoning change approved by the City Council on Oct. 7.

The Zoning for Accessibility initiative expands the areas where the city can offer incentives to developers of large projects near subway stations who allow easements for elevators, ramps or other accommodations.

When signed or enacted into law by mayoral inaction — Mayor de Blasio supports the bill — it will require developers of large projects that are adjacent to underground or elevated subway lines to consult with the MTA to determine if an access easement and infrastructure are needed.

In return, developers could receive one or more accommodations from the city, such as in increase in allowable density, more floor space, or partial relief from some zoning requirements for things like parking spaces, property line setbacks and landscaping.

In a statement from the MTA, acting Chairman and CEO Janno Lieber said the move will augment the accessibility projects already underway within the agency.

“This initiative reflects Gov. Hochul’s and the MTA’s shared commitment to all New Yorkers — particularly riders with mobility disabilities, seniors and parents of young children — to modernize the entire transit system as quickly and efficiently as possible,” he said. And the help is needed.

Only 136 of the city’s 493 subway stations, or 28 percent, are accessible. In Queens the total is 22 out of 80, or 27.5 percent. That includes the Court Square station, where the No. 7 line is accessible but the G is not; and Rockaway Park-Beach 116th Street, where the A train is accessible only during rush hours. The E and M trains at Court Square-23rd Street are only accessible for Manhattan-bound passengers.

The MTA’s five-year, $5 billion capital plan for 2020-24 includes elevators or other upgrades at 77 more stations, which in theory would leave a rider no more than two stations away from an accessible stop.

The MTA believes working with private developers will get more stations in compliance more quickly, with less strain on the MTA’s seemingly always-challenged budget.

“This is a game changer for millions of New Yorkers,” Council Speaker Corey Johnson (D-Manhattan) said in the press release.

No Tax breaks for the deplorable middle class ?
What's going on Sheeple ?

Within a decade they will be filthy and out of order.

“This is a game changer for millions of New Yorkers,” Council Speaker Corey Johnson

Lol! Yeah, because "millions" of New Yorkers use the subway elevators, amirite? Do these shameless hustlers even hear themselves speak?

Ok, maybe, at a stretch, hundreds, or a couple of thousand, New Yorkers will benefit from the zillion dollars spent making elevators for four people a day to use, while instead we could give them free Uber service for life at a fraction of the cost. But there's no graft in that, and graft is what it's all about.

Boss Tweed looks from his grave in envy. He never imagined such corruption was possible.

Please someone wake up the Sheeple.

"When you're young, you look at television and think, there's a conspiracy. The networks have conspired to dumb us down. But when you get a little older, you realize that's not true. The networks are in business to give people exactly what they want."
Steve Jobs

Subway elevators are the BEST urinals in town!
Prove me wrong!!

@"Subway elevators are the BEST urinals in town! "

@"Do these shameless hustlers"

Where is no-one more shameless than yourself Mr/Ms "ShitSeer"

If you don't like tax breaks for the wealthy, then you ain't black!