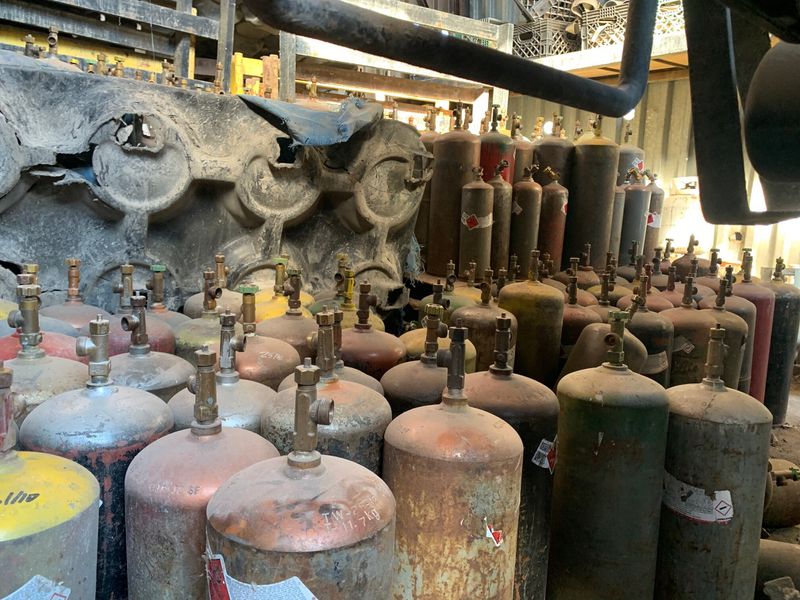 One person was arrested after a business in Queens was caught storing hundreds of propane tanks illegally Thursday — just two years after FDNY inspectors found a massive stash of tanks in the same building, authorities said.

Inspectors with the FDNY’s Bureau of Fire Prevention found the tanks inside a business at 127-76 Willets Point Blvd., not far from Citi Field, during a routine check Thursday morning, FDNY officials said.

Inside, the inspectors found about 500 canisters, “well beyond the location’s permitted storage capacity,” an FDNY source said.

An FDNY spokesman said the business owner was charged with reckless endangerment and issued a desk appearance ticket. However, the spokesman could not identify the person charged.

Got a feeling this guy was in a bind after The Blaz decided to ban propane heating for restaurant shanties.

I miss the Elmhurst Tanks said...