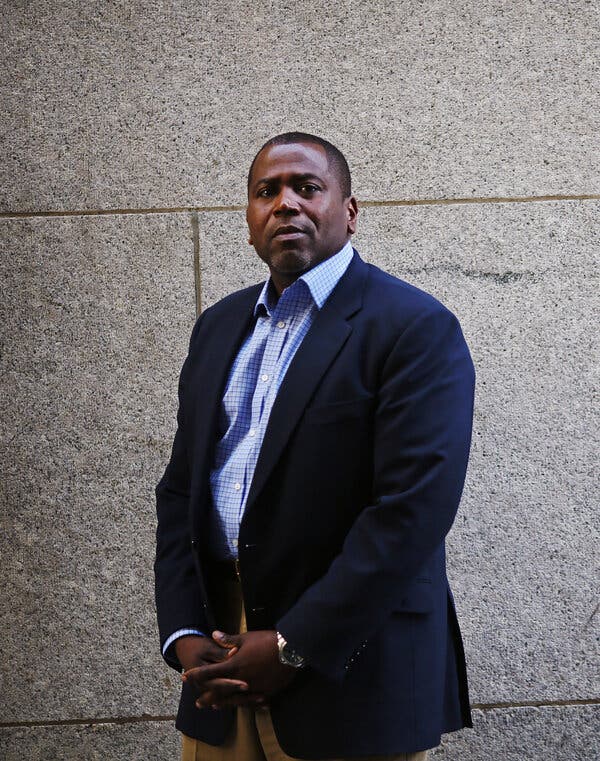 Some executives at nonprofit groups that operate New York City homeless shelters are benefiting from the plight of the people they serve.

Soon after Jack A. Brown III quit his job at a private prison company, his former employer accused him of fraud. A few years later, after Mr. Brown started a nonprofit to run halfway houses, a federal audit found that it had failed to deliver key services. The New York State comptroller concluded in another review that Mr. Brown had shown “a disturbing pattern of ethical violations.”

None of that history seemed to bother officials in New York City.

Since 2017, as homelessness has risen to record levels, the city has awarded more than $352 million to a nonprofit run by Mr. Brown to operate shelters. The money is meant to help homeless people regain their footing in life, but it has benefited Mr. Brown, too.

The nonprofit has channeled contracts worth at least $32 million into for-profit companies tied to Mr. Brown, allowing him to earn more than $1 million a year, The New York Times found. Millions more have gone to real estate companies in which he has an ownership interest. He has also hired his family members and given employees perks such as gym memberships and cars.

When Mayor Bill de Blasio came into office, he criticized a small group of landlords for charging the city exorbitant rates to house people in squalid rooms while doing little to curb homelessness. In 2017, the mayor pledged to open dozens of new shelters that would be managed by nonprofit groups. Their mission, he said, would be altruistic rather than driven by financial gain.

But four years after that change and an extraordinary infusion of city spending, homeless people still crowd shelters and set up camps on the street, while a new group of operators has figured out how to make money off their plight.

An investigation by The Times, based on hundreds of pages of legal filings, business records and tax documents, as well as interviews with homeless people, city officials and shelter employees, found that under the cloak of charity, executives at nonprofits have collected large salaries, spent their budgets on companies that they or their families controlled and installed relatives in high-paying jobs.

One landlord started a nonprofit that handed out millions of dollars to real estate and maintenance companies that he and his family owned. A Bronx shelter operator was charged earlier this year with laundering kickbacks through a consulting company run by his family. A former board member of another homelessness organization is under criminal investigation after the city said the group paid millions of dollars to a web of for-profit entities he secretly oversaw.

For years, Mr. Brown has personally prospered by running an organization to help the homeless.

In addition to serving as the chief executive of the nonprofit he founded, CORE Services Group, Mr. Brown started a security guard company that polices his shelters, a maintenance company that makes repairs in them and a catering company that feeds the residents, records showed. Mr. Brown heads each of them, collecting total compensation that tops $1 million. He is the highest-paid shelter operator in New York, according to a review of available records.

(This guy is the Jeff Bezos of homeless shelters-JQ LLC)

In one year alone, the for-profit companies that Mr. Brown ran spent more than $460,000 on gym memberships for employees, records showed.

Mr. Brown, 53, has profited in other ways: Along with partners, he owns two companies that have rented buildings to CORE, and his mother, sister, aunt and niece have all worked at the nonprofit, in addition to his brother, who has collected a six-figure salary.

At the same time, residents at one of the largest shelters in Mr. Brown’s operation, Beach House in Queens, said they lived with vermin infestations, creeping mold and violent fights in the hallways.

“A lot of money is going into this place,” said Annabelle Alexander, who lived in the Beach House shelter for more than a year before moving out last week. “But it’s not going to us.”

State and federal laws prohibit nonprofit organizations from engaging in many types of self-dealing, the practice of executives benefiting personally from their organizations without proper disclosure. But the line between permissible transactions and illegal behavior can be hazy, and nonprofit executives are rarely prosecuted for financial abuses.

In fact, executives at the groups that run shelters in New York are permitted to run profitable side businesses — all fueled by city money — as long as they reveal the information to the city and follow contracting rules.

This year, the city has directed $2.6 billion to nonprofits to operate homeless shelters, and officials already know they have a problem with some of them. Nine of the 62 groups that run shelters are on an internal city watch list for issues that include conflicts of interest and financial problems, according to records reviewed by The Times. All of them continue to receive city funding.

A leading homeless shelter operator has pulled out from a deal to take over a Bronx public golf course after the Trump Organization exits the links at Mayor Bill de Blasio’s demand.

“CORE Services Group, Inc. has decided to withdraw from consideration,” an attorney for the Brooklyn-based nonprofit wrote in an email to executives with the city Department of Parks and Recreation and the golf course operator Bobby Jones Links on Wednesday.

“We are disappointed that we are unable to move forward with this project at this time and help bring workforce training and jobs to communities in New York City that are underrepresented in the sport of golf,” a spokesperson for CORE, which has $544 million in current contracts for family and single adult shelters, said in a statement.

“We will continue our work breaking barriers and creating new opportunities for all New Yorkers.”

Asked Tuesday morning about THE CITY’s report on the future of the Trump Golf Links at Ferry Point, de Blasio said that CORE would be “only working on some of the staffing. It is not the organization that’s operating the whole golf course.”

That organization, Parks officials said, will be Bobby Jones Links. Yet the Atlanta-based golf course operator has not responded to multiple inquiries from THE CITY and is not listed in any public records related to Brown’s company, Ferry Point Links LLC.

Ignorance comes In all colors

Who got PO'd about this guy and why?

Everything about "Liberal" politics is a grift. All that money (trillions) used to "help the poor" is sucked up by parasites and grifters like this guy. Global warming is a grift. Big Pharma is a grift (your annual flu shot is a useless joke, ca-ching!).

Well, he's perfect for taking over the Dump golf course. He's just like the previous incumbent.

Isn’t Affirmative Action wonderful? White privilege, systematic racism are to blame for his actions. If only White People not only tolerated him but welcomed him with open arms, why, he would not be the scam artist thief he is today. They were calling him ni***r, that explains every thing. White people are to blame.
Now let us prey to the sainted George Soros-Floyd

Lawlessness, exists in every community in America today, and it doesn't come in colors. I live in a Republican state and county, (all white) and believe me, the Judges and lawyers are just as corrupt here as they are in NYC. We are in a drug war (Meth and Fent) The judges turn the drug runners lose with "no time in jail." But people here just keep on voting these crooked judges and prosecutors back into office. Wake up America, you are in a war for your existence.

@"I live in a Republican state and county, (all white) and believe me, the Judges and lawyers are just as corrupt here as they are in NYC."

Obviously you must be a communist to believe this.

@"Now let us prey to the sainted George Soros-Floyd"

So George Soros was involved with this? Did he play golf there? And you do you want to "prey" on him?

Where did you dig up all this nonsense from? The Trump 2024 fascist manifesto?

Well, he's perfect for taking over the Dump golf course. He's just like the previous incumbent.

Considering that Trump was a lifelong Democrat before he switched to the GOP, this idiot is also a Democrat, well these are the members or ex-members of your favorite Marxist party.

Pretty much. Combined with Marxism, neo-Malthusianism for distraction, simply just follow the money.
Once they run out of money to steal, they invent new scams to steal even more.
Ask the rest of the world how is the personal carbon tax scam coming along right before winter.
Believe in the "SCIENCE" of separating fools from their money.

@Lawlessness, exists in every community in America today, and it doesn't come in colors.

Yep. Until people don't understand is not a Republican or Democrat issue nothing will be fixed, the bottomless corruption swamp will swallow everything and everybody.
Looking at Pfizer shareholders, plenty of Republicans on the list.
Money is good, lets pass some mandates and laugh all the way to the bank.

Is this a western Queens red neck site, or what?😂😂😂😂
Old clueless fogies with GED diplomas😂😂😂😂.

Maybe Americans are starting to understand this:
"Be a voice not an echo."

Consequences for all involved or 1000 years of darkness. The choice is simple.

Point is? They all corrupt. Lindsey Graham is the poster boy.
Pelosi is the front runner.
Term limits, out after 2 terms. That will fix the buddy buddy payola system.

@"Old clueless fogies with GED diplomas"
Teachers unions need to be busted up, like Reagan did with the air traffic controllers.
That way we won't have as many Pinko Commies like you !

@"Is this a western Queens red neck site, or what?"
Bro, you are hopelessly naive.

@“ Reagan did with the air traffic controllers.”

This was the beginning of the end of the American blue collar middle class. Thank you corporate Ronnie.

"George Soros involved with this ?"
Bail reform is not working !
Georgie boy spent millions on elections getting Left Marxist DA's put in office to end bail.
Anthonia Egegbara was arrested and charged with attempted murder for allegedly pushing a woman into an oncoming train in Times Square. Egegbara, of Far Rockaway, has a lengthy criminal record dating back 10 years, according to police.

@“ Teachers unions need to be busted up”
It is you who is the pinko communist.

@“ Is this a western Queens red neck site, or what?”

Yes, as well as a few other parts of Queens, Long Island, and some Federal facility down south with a lot of droning sounds coming out of it.

"Isn't free market capitalism wonderful. One crook replaced by another."

Only someone completely ignorant of world history would think corruption and graft are limited to capitalist economies. This is precisely how Putin and Xi make their money, skimming off the people. At least here you don't disappear for speaking your mind, at least not yet