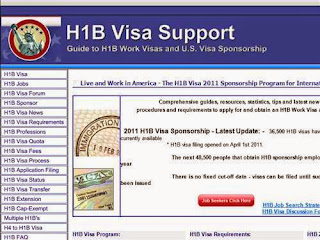 My cousin’s friend Phillip is a bright web designer with a knack for product. In 2013, he launched a mobile app with his friends called Tinypost which allowed users to rate restaurants quickly and easily on mobile devices. The app was well designed and garnered press from top technology blogs and eventually, Tripadvisor acquired Tinypost and hired the founding team which included Phillip.

Phillip went to Santa Clara University and earned a degree in Computer Science — he was in the top of his class and worked hard to assemble a team to create a great mobile product. It is impossible to tell, but Phillip is German. He grew up in Germany and decided to come to America to study because he felt he could build great products with other great people in Silicon Valley.

After Tinypost was acquired, Phillip applied for an H1B visa to stay in the US and work on the project at Tripadvisor. His temporary visa runs out in August and the US immigration service rejected his application to stay in the US and continue to work on Tinypost. In August of this year, Phillip will be deported to Germany.

Phillip is arguably in the top decile of Germany’s talent pool and eager to learn, work, and thrive in America. He made a choice to build his career and his company here over anywhere else in the world. Phillip has given us an opportunity and our response is to send him home.

Meanwhile, if you have no skills whatsoever but were able to make it here without authorization, you are welcome to stay as long as you like, you may seek refuge in "Sanctuary Cities" like NYC and asshole pols will bend over backwards to make sure that you can get a whole bunch of free services, courtesy of people who were actually born here and are so stupid that they keep returning these losers to office time after time.
Posted by Queens Crapper at 12:01 AM

If this fellow spoke no English and had many kids and no wife and had gotten here over a fence and could prove he would vote many times{same day} for a Democrap he would be as welcome as the spring rain....have a feeling he would vote GOP so he has to go!!!!!!

Yep That's what we get when the sheeple have spoken. My sister in law who is from st Vincent (she got her citizenship 20 years ago) has told me that she has given up voting because she finds the whole idea of amnesty utterly ridiculous. She said her parents had to wait on multiple lines and had to wait a great deal of time to become a USA citizen. So she said after this amnesty idea, she doesn't want to vote anymore and is done with all politics. I understand how she feels, however, I told her that we need her vote because we need to vote for people who are against amnesty. So She's giving it a second thought now. Last election nobody was at the polls...can it be because people are just so fed up with the politicians being so corrupt and only caring about themselves? I think so.

So why doesn't he move to NYC and try to start here ?

Tripadvisor is an International company with about three-quarters of a billion dollars in yearly revenue and has offices in Europe.

If Philip is so important to the firm they could send him to a European office for a year and then bring him back to the US on an L-1 visa and he could, with the help of Tripadvisor and their attorneys, resume his quest permanent residency in America.

The powers that be and their minions,the politicians they buy, do not want anyone who could compete with them for their power and money. All they are looking for is to create a servant class, lots of cheap labor. They are stacking the deck to squeeze the middle class down to the servant level instead of allowing smart hard working people to rise to the top. And we are letting them do that. I guess that is why we need a 125 unit homeless shelter in Glendale.

He's not Indian. My friends at the Evil Empire - Microsoft - tell me that for years all of the tech companies have had a hiring profile of Indian males in their 20s.

They get their training here and are then sent back to India to recruit more young men or manage a campus.

That way the gazillionaires of Silicon Valley and Washington State can keep salaries down.

The very idea that we need to import tech skills because there are no qualified Americans is the most incredible fucking bullshit in the world!!!!

I guess MIT and Stanford graduates just don't have what it takes. Or all the of other older unemployed tech people!

I've worked with a lot of Indian and Russian tech imports - they're not any smarter than we are and the Russians had a shit work ethic and the Indians stank!

A personal tragedy. He should have devoted a little more time and money to obtaining the legal status to remain in the US.

We don't know the reason for the rejection of the H1B. He seems to fit the requirements.

I worked for a company that brought over H1B's from India. They were cheaper than the equivalent American IT professionals they replaced. At the entry to mid-level of IT, H1B's hold down salary levels.

I did business with a company that hired an IT consulting firm that had HB-1 workers on their staff. I knew one of their financial guys and he explained how the HB-1 scam works.

The consulting firm gets a contract and brings several HB-1 "consultants" on board for about five years. The firm pays the HB-1 workers about $45K per year and puts several of them up in an apartment with several workers to a bedroom. Of course the firm charges them rent for these accommodations.

The workers are assigned to a client and are expected to work 50-60 hours a week. If they complain they are threatened with being fired and having to find another sponsor or go back to their homeland. They are rarely given raises. They are given bare bones health benefits which they have to pay for, unpaid vacations and when a contract ends they must take whatever work the firm gives them and sometimes accept less pay.

The HB-1 guys never complain and always do what they are told because being treated like crap in the USA is better than what they have back in their homeland.

There used to be a term for this practice. It was called slavery.

Tell him he is welcomed in Queens, no problem! He is the type of immigrant we want here!

I'm Anon. 7. I can vouch that Anon. 8's description is dead-on accurate.

It really approaches slavery but the H1-B's employed in IT from India, Pakistan, and China, etc. would rather be slaves in America than "free" in their homeland.

The workers are assigned to a client and are expected to work 50-60 hours a week. If they complain they are threatened with being fired and having to find another sponsor or go back to their homeland. They are rarely given raises. They are given bare bones health benefits which they have to pay for, unpaid vacations and when a contract ends they must take whatever work the firm gives them and sometimes accept less pay.

This is the profile of the people that are moving to Queens Plaza and will be moving to Roosevelt Island when that is up and running.

No, you do not make a community with this lot.

But someone can make lots of money on housing them in barracks.

Which explains why they are rushing to complete all that indifferent housing at the Plaza.