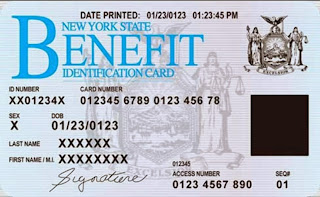 In a reversal of his predecessor’s policy, Mayor de Blasio has quietly stopped requiring immigrants’ sponsors to repay the city if the people they helped go on welfare.

De Blasio is also refunding close to $1 million to 250 New Yorkers who were compelled to cough up money under the policy, according to budget documents released last week.

Most of the refunds are going to sponsors who are relatives of the immigrants they sponsored, officials said.

The payback policy stems from a 1997 federal law, which requires sponsors of immigrants to sign a contract saying they are financially responsible if the people they sponsored accept some public benefits.

The feds didn’t enforce the law, and no city adopted the policy until New York took it up in 2012 under Mayor Michael Bloomberg.

The city gave low-income sponsors, victims of domestic abuse, asylum seekers and refugees a pass, along with recipients of food stamps and Medicaid.

Deputy Mayor for Health and Human Services Lilliam Barrios-Paoli said the de Blasio administration ended the paybacks in February because it was “wrong.”

“These people are our neighbors. They pay taxes. And they deserve better,” said Barrios-Paoli.

The rest of us pay taxes, too, and we deserve better than to have freeloaders brought here to mooch off us. When my immigrant ancestors came here, they also were required to have sponsors that would be financially responsible for them if they couldn't work so they would not become burdens of the state. Why did that change?
Posted by Queens Crapper at 12:46 AM

You're thinking way too small crappy.

Assume that this leads to an explosion in immigrants who accept benefits, and the cost to the city increases ten fold. That's four million dollars. Reduce law enforcement staffing levels to per capita levels of other large cities and you'd save several hundred times as much. Move sanitation trucks to one person operation (trucks lift up the cans instead of people) and you'd save a hundred times as much. Aim big if you want taxes to come down/more money for better roads, more subways, better services etc...

How much longer can we as a society maintain this policy of giving away the store? When do we reach a tipping point? My salary is 100% on the books, so I pay full taxes on every dollar. But anyone that can play games and underreport their income to avoid getting raped by taxes to sustain these programs will and does, Or the lower class will realize working is for suckers and go for their free handouts. Eventually the system simply crumbles. Can't put welfare programs on a credit card....

This is garbage! Why should the USA taxpayers have to be held financially responsible for someone else's relative? My grandmother came here from Ireland in 1927, married my grandfather (who was born here) and when her husband left her with 8 kids to support by herself, she had to work three jobs. The older children raised the younger children while my grandmother was at work. My father and his siblings were forced to go to bed hungry a lot of nights because they had no money. My point is, my grandmother got out and worked just so she can pay rent just to in a ghetto neighborhood (south Bronx).....she had to pick up and work taking up three small paying jobs. So why is it that these immigrants get a free ride?. We deserve to have immigrants here to want to assimilate into American society and speak English and work. We don't need more freeloaders, it's bad enough that we have 15 million illegal freeloaders on our hands in this country (1.5 million in NYC alone ) we don't need anymore, I can't afford to pay no more taxes! Deport them, they get no sympathy from me!

How does the average person protest this?

Anytime one speaks out against unbridled immigration you're immediately labeled a RACIST!

It's almost impossible to speak out in this country!

Immigrants were also required to get a chest x-ray and a clean bill of health from a designated doctor in their home country, before obtaining a US entry visa. Now, they sneak in, and we don't know if they have TB or other contageous diseases.

Mayor Di Blah-blah....a closet Communist lefty pinko who just came out of his closet. Could he turn out to be worse than Bloomberg? Who'd have figured?

So America has to support these deadbeats. What else is new? When you are trawling for your second term votes, you buy your new "citizens'' with welfare payments.

At least when developers buy votes you get a cash infusion into our economy instead of draining it and putting us in the red.

Speaking of red, Bill is the new Red
Commissar Di Blasio and his comrades now take their turn to screw NYC.

Don't worry. Your city council will overturn this.

And Sunnyside, have a talk with the lad, please. He is really representing you?

Could he turn out to be worse than Bloomberg?

These new mob of communist lefty pinko's (as stated) are going to be FAR worse. Unlike Bloomberg these people put on knee pads every time La-Raza or Obama calls. The plan is to beat the white middle class into submission so they can turn the United States into another Canada or France.

Bill is smart.
He's got his second term campaign covered.

He panders to developers...who supply his donations...then he panders to the new underclass for their votes.

The few European countries that don't have handouts lack this kind of immigration problem. Cut off the benefits and only the driven immigrants, the type who helped build this country, will come.

This is just what the 5% union class wants you to focus on. A million here and there for the poor. Not the billions they fleece from you every year.

Another example of a Democratic politician buying votes with handouts.

Legal immigration must be curtailed. Illegal aliens should be deported, not supported.

Growing the dependency class, one immigrant at a time.