FDNY wants their trucks above water 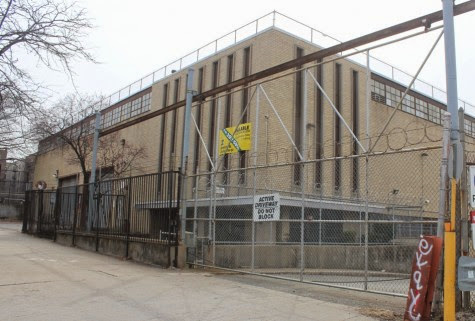 The FDNY has its sights set on acquiring a property on 43rd Street that would be used to house spare fire engines.

The property, located at 39-34 43rd Street, will not be used as a firehouse, but instead as a facility that will have a supply of spare fire engines – as well as provide storage.

The purpose of the facility is to help fire companies manage their fleet. For instance, if a firehouse were to have an engine in need of maintenance, the captain could use a spare vehicle located at the 43rd Street property while the engine were being repaired.

The vehicles would not be repaired on the 43rd Street property but elsewhere.

The FDNY seeks the property since its current site in Maspeth is in a flood zone. There was significant water damage at that site following Hurricane Sandy.

Another razor wired facility in NYC. What kind of animals live there that would try do destroy a firetruck?