Community in the dark about proposed Glendale shelter 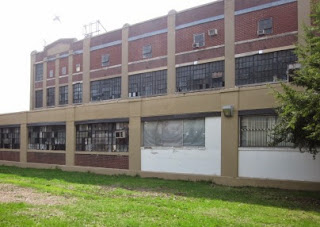 Queens leaders said they are frustrated that there has been no date set for a community meeting on a controversial Glendale homeless shelter proposal.

Community board members, along with the New York City Department of Homeless Services (DHS), said Monday they have yet to hear from Samaritan Village about when the homeless advocacy group will be ready with a presentation on the proposal to convert the abandoned manufacturing plant at 78-16 Cooper Ave. into a home for 125 families.

Politicians and Glendale residents alike have previously expressed reservations over the sudden population influx, the building’s distance from the subway and possible contamination at the site in question.

Since the DHS announced that it would support the Samaritan Village effort, though, elected officials in Queens have worried about whether the two political groups are on the same page.

“It’s a very difficult process that seems to be all too standard,” said Gary Giordano, District Manager of Community Board 5, which includes Glendale. “It’s my impression that the Department of Homeless Services is talking to the applicant long before they’re talking to either the community board or the council person in the community.”
Posted by Queens Crapper at 12:51 AM

One liner in some oddball paper then have the meeting when most middle class working people are on vacation. (This is usually between June 20 and mid August)

The politicians know - the Queens variety seems to get more opaque and sneakier with each passing year.

- as well as payments made to the right parties (but then we know that never happens because they are all upright morally responsible citizens just like the rest of us,right?)

What middle class WORKING people can afford to take off 8 weeks in the summer for vacation?

Wait, where is the Shake Shack going to go?

That's the cash register ringing for the pol's buddies in the unions and construction industries who will be shoveling multi-millions of the green into their trucks on the way to the banks.

The Community Boards don't meet over the summer.

If the site is contaminated, why not designate it as a shelter for homeless illegal aliens, only?

With all the development going on in the city, why isn't one of these big-wig companies bidding on this great land in a fabulous neighborhood? I hate to say this, but even Donald Trump, a Queens native, should get into the ring. Seriously, we need to bring more attention to how valuable this land is, next to the Atlas Mall, close to city, safe neighborhood, etc. A great private community of townhouses could be built, or an artist complex (yes, I wrote that, yikes). There has to be SOMETHING else that goes on this land. It just sickens me that our beautiful neighborhood has to absorb this BS!!

Why must it always be the people who must fight for their own neighborhoods? WHERE THE HELL ARE OUR LAZY UNCONCERNED ELECTED OFFICIALS???!!!

The fait acompli is not yet acompli.

Any disclosure has to wait for all the contracts with cancellation penalties to be signed by the city.

Do you think Trump cares? He goes for the big bite not the little one.

This ex-Quueens guy just plants his dead in the neighborhood. His parents are interred up Metropolitan Ave. in Lutheran-All Faiths cemetery.

The only way there is any real investment in this community is with rail service. The chances of seeing subway expansion in Glendale and if that, near Atlas Park are as likely as Ronald Reagan emerging from the dead and holding a rap concert in Juniper Valley.
The only real option is to push for the reopening of the Glendale LIRR branch at Atlas Park. Extremely difficult but not impossible and that will drive home prices for the surrounding area up, probably in the area of 25% and maybe as high as 35% when the East River tunnel to Grand Central is completed.
Not the slightest chance you will see any homeless shelters if there is an LIRR stop built and serviced at Atlas Park. Not the slightest chance.
In addition, it would probably reinvigorate the entire North Glendale community.

The reopening of a branch that runs between Jamaica and LIC? What for? No one was riding it before, which is why it closed.

I had no idea there was an LIRR branch in Glendale. I like your thinking. Yes, I know Trumps family is in the Lutheran Graveyard, and so is my family plot, that's why I think he would care. It's a huge piece of land that has potential. You never know. Even one of his kids might want it as a pet project.

The lower montauk is no longer a part of the LIRR. Full control was transferred to NYA, the freight railroad. The good news there is that the ROW is maintained so if there was ever demand for passenger service down the line you wouldn't have to deal with grumpy homeowners who like the abandoned tracks the way they are, large Coops that paved over part of the ROW for a parking lot etc....The bad news is that this line goes to LIC. Not to Penn station. And not to Grand Central. Not to mention it sees a fair bit of freight traffic, and any attempt to get dangerous polluting trucks off of city streets would depend on ROWs like this - a major wrinkle in the triboro X line too, those tracks are used for freight.