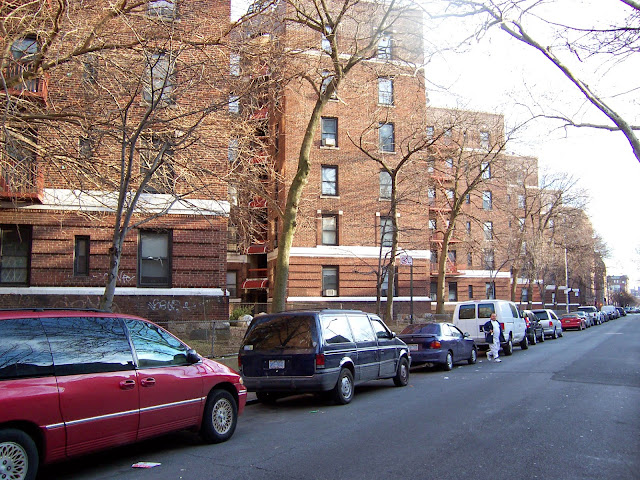 "A resident contact me about the impending destruction of the interior garden of this should-have-been-landmarked apartment complex.

In 2008, a Request for Evaluation was submitted to landmark Henry Atterbury Smith’s “La Mesa Verde Apartment” built in 1926 in Jackson Heights. It was rejected. I have attached an historical summary.

In 2008, the property owner cut down the trees and applied to make the interior garden (that already had a driveway through it) a parking lot. Now, six years later, then sent the attached “Notice of Application” to the rental tenants. We are down to the 11th hour. I have also included some photos of the development.

Thought this would be of interest. The residents have to vote by about April 15th…" - Anonymous 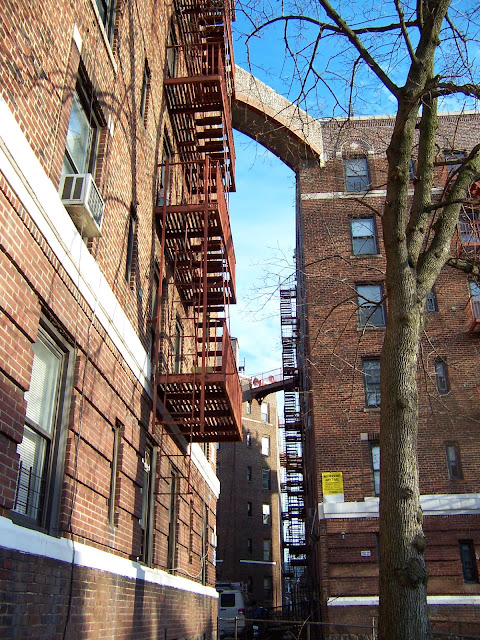 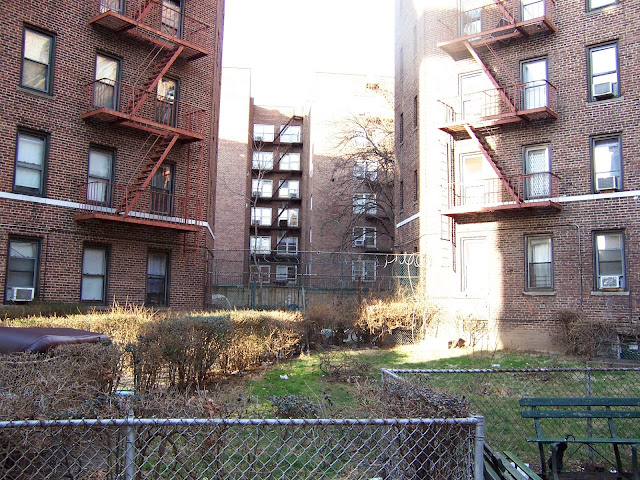 Typical Queens shithole! Everything in NYC is dirty and broke down.

I still think that someone from Queens needs to challenge that commission - I saw an article from HDC where they were fighting for 2 nondescript buildings just north of Union Square.

The system is broken and we need to start over. Since we have nothing, what the hell do we have to lose?

This would be terrible, but not surprising if it happens.

Landmark for a ghetto? Uh,,...like why? Tear this down and start from scratch

Anon No. 5: Why ear it down? It's no ghetto. Have you ever seen these buildings in person?

That's Gene Simmons (of KISS) childhood building. Back then 1948-1968 it was mostly Hungarian Jewish people. Many were Holocaust survivors including Genes Mom. They started jumping ship and moving out to Great Neck right after Johnson & Lindsay turned everything to shit. I'm told it had beautiful well kept and manicured gardens, terracotta & tile. It was a great neighborhood.

It should be landmarked and the interior maintained as an interior garden. If the owners had any aesthetic sense, they would realize the could attract tenants with that garden properly maintained.

It's part of the typical cynicism that since the rest of Jackson Heights looks like crap now, what's another quarter-acre of crap in that picture.

Repair, restore, rehab and revive!!! That should be the motto for Queens and if the other boroughs want to follow than great!

If they keep cramming too many people or cars into an already overcrowded environment, we will soon have a Baltimore on our hands. Long time psychological studies have proven that too many rats confined to a small space leads to aggression.