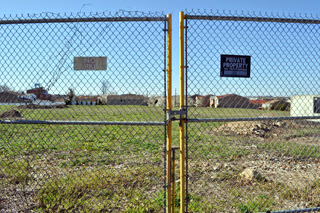 The School Construction Authority has decided against placing a high school at a controversial site in Whitestone, after protests from the community and its councilman.

During a Queens Delegation briefing on April 17, SCA president Lorraine Grillo confirmed that the plot of land located at 150-33 6th Ave. in Whitestone is no longer under consideration for a new high school. The news came from Councilman Paul Vallone (D-Bayside), who helped lead the community protests against the proposal over last summer.

Vallone, with the backing of civics such as the Greater Whitestone Taxpayers Civic Association, personally delivered more than 500 signatures against the plan to Grillo. While the SCA had not purchased the land, which is privately-owned, it was considering the site for a new public high school. However, the community quickly came out against the idea, stating that there was a lack of infrastructure and transportation, making the site less than ideal for teachers, students and civilians. It would also have a negative impact on the quality of life for surrounding residents.

Grillo agreed with the councilman and community members, stating those factors as the reason why the Whitestone site is out of the running.

Good for them. However, I seriously doubt that it was lack of infrastructure and transportation or potential quality of life problems that killed this. When has SCA ever cared about any of that? More likely, someone important lives nearby or the site is contaminated beyond belief.
Posted by Queens Crapper at 12:39 AM

And people wonder why all our schools are overcrowded...

I'm disappointed. Don't you know by now that if the site was contaminated they would have built an even bigger school.

This was never to be. It was set up by pop Vallone and the SCA up boses to help get lil Paulie elected. Now watch that site whitestoneians . I'm sure the vallonians have big plans.

That site should go back to the kids and community as a park.

The article above is what needs to be done on that site. If anyone knows the locations history they would agree. Avella is allegedly working on it but who know? He never really follows thru on things.

Be cautious whitestonians of the vallonians. Don't let them sell you a pipe dream of tax revenue and jobs.

Maybe they can co-locate at the Keil Brothers site.