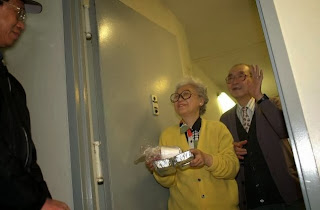 From fresh kimchi to gefilte fish, immigrant seniors across Queens participating in the city’s Meals-on-Wheels program have seen their enthnically diverse menu options replaced with whitewashed entrees like Salisbury steak and spinach.

Now, new Councilman Paul Vallone (D-Bayside) wants to adjust the Department for the Aging system in place that has allowed nonprofits like Catholic Charities to serve seniors who aren’t necessarily in the group’s constituency.

“For someone in an ethnic community that asks for a particular kind of meal, the senior center that can provide that meal is not allowed to give it to them,” said Vallone at a Queens Interagency Council on Aging conference.

Since a 2008 shift under Mayor Bloomberg, the nonprofits that make and deliver food for the program have been faced with serving a growing pool of clients — making it less likely that Queens seniors get the ethnic meals they desire.

Vallone, a former elder law attorney and chairman of the Council’s subcommittee on senior centers, plans to hold a hearing to examine improvements to the program, which provides 17,795 New Yorkers with free daily meals.

A survey released in September found that 92% of the meals served alligned with the seniors’ cultural backgrounds.

But advocates say the 2008 reorganization of the program forces seniors into larger districts that don’t always reflect the rapidly shifting ethnic makeup of the borough.

Why not just give them vouchers for McDonald's since that's where they're hanging out anyway?
Posted by Queens Crapper at 12:07 AM

So will Italian Americans be able to request lasagna if the Koreans want kimchi???

...and why not just serve everyone pizza? Who doesn't like a nice hot, piping AND nutricious slice? (I can eat pizza just about every day - it's the perfect food: tomatoes for your Vitamin C. Cheese for your calcium, and heart-healthy olive oil. Yum yum. And don't forget a bit of cholesterol-lowering red wine.)

I recall that at one of the candidate debates sponsored by a Korean organization, Paulie and most of the Dems promised to hire a Korean-speaking staff member if he was elected. Now he's still pandering for ethnic votes. Is he worried about re-election already?

Allow the cultural marxism to begin!

This is a whole new level of pandering. I'm impressed.

Handouts cant just be handouts, they have to be culturally sensitive handouts!

They should just serve peanut butter and jelly sandwiches with a carton of milk.

Because the elderly vote, whether in person or absentee - and children can't.

The Untied States of America

The only country that bends over backwards and changes for its immigrants, rather than asking immigrants to adjust to our norms.

RIKER'S BALONGA SANDWICHES AND GOVERNMENT CHEESE FOR ALL!