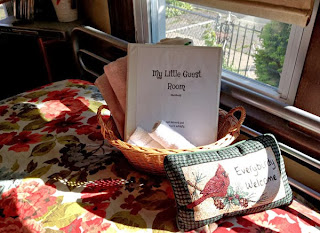 The house-sharing website Airbnb is a growing economic force in Queens, based on research done by Manhattan-based real estate consultant HR&A Advisors.

Flushing resident Linda Landivar has been using the service for two years, renting two rooms in her two-family house to more than 200 guests during that period.

“My husband Robert and I are 3-D freelancers in advertising and we’ve both been out of work since December,” she said. “I get $50 a night for one room and $65 a night for a bigger room next to the bathroom. It really helps pay the bills.”

Landivar took over as a caretaker of the house when her father retired to Florida.

“He’d stay here for a few months every year, but the rest of the time the room was empty,” she said.

Landivar tried the six-year-old service that connects hosts with guests for short-term apartment rentals and had a guest stay in her house the first week.

“We’ve had pilots who need a rest between flights, European travelers stay here a lot and we’ve had out-of-town travelers who have spent the night after missing their flight at LaGuardia,” Landivar said. “I’ve never had a serious problem with a guest.”

The tech firm may have a problem in New York where state Attorney General Eric Schneiderman issued a subpoena to Airbnb in October, requesting information on New York City’s 15,000 hosts and 25,000 listings. City laws make it illegal for a room or apartment to be rented out for under 30 days without a tenant present, Schneiderman wrote in the subpoena. There is also an issue with the city’s hotel tax that requires 14 percent of a hotel’s fees.

David Hantman, Airbnb’s head of global public policy, said, “The attorney general subpoenaed almost all of our hosts’ user data. We protested that demand in court, and now thousands of people have signed a petition demanding a new, better law in New York.”

Hantman speculated that the AG was after those hosts that abuse Airbnb’s platforms like illegal hotel operators and slumlords.
Posted by Queens Crapper at 12:27 AM

Wait until someone gets murdered. Only then maybe people will learn how dangerous this is. How can anyone have strangers moving in and out of their house? It's not the same as renting out part of your house because atleast you can ask them for a credit check and you can actually sit down and interview them to find out if they are a nutcase..... but this is like a motel, one goes in, one comes out.

Two family houses are not covered by the Multiple Dwelling Law (MDL) which requires that apartments be rented for a minimum of 30 days. Renting rooms in houses or apartments where the primary lease holder actually resides has been legal since 1929. There may, however, be the matter of the hotel tax, and state, and city sales taxes.

Non-locals come and go all week long. The yard is a eyesore, with decrepit indoor-outdoor carpeting and broke-down furnishings. It used to be a beautifully maintained single-family home.

The house is owned by the Marinos and rented to Asians that use it as a hotel (we suspect - no one has been investigated).

The house next to it, also owned by the Marinos, is rented to a Caucasian family that has improved the property 1000%.

Slumlords come in all shapes, sizes, colors and ethnic types, but just because one rents one of these places does not mean they need to be slumlord tenants. That is the difference.

If you go to Europe its common to have people rent out their rooms to tourists. Most posters here are of European ancestry right? Ever watch documentaries about how your grandparents lived in tenant buildings with laundry hanging from clothes lines? I suspect they were considered riff raff.

Yes, they were considered riffraff, and laws were passed to ensure that those conditions were eradicated. What is your point?

If you play the role of hotelier, you damn well better have the security cameras running 9not in the guest rooms please) and either the pepper spray, shotgun, or samurai sword on the ready.... But really folks, outside of Queens, these tend towards the book-reading, organic, arty, hostel-goin, sporto, granola types (or swinging seniors). But there's always a nut and usually a raisin in the trail mix.