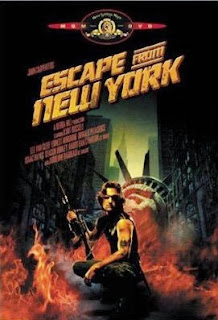 More people are moving out of New Jersey than are moving in. The same is true for Illinois and New York. Those three states top the “outbound” list compiled by United Van Lines, the big St. Louis-based moving company that has put together an annual survey of where Americans are moving for the last 37 years. The company analyzed a total of 125,000 moves across the 48 continental states and the District of Columbia in 2013 and came up with a picture of migration patterns across the U.S.

According to Professor Michael Stoll, chair of the Department of Public Policy at the University of California, Los Angeles, and a consultant to United Van Lines who studies American migration, the moves reflect long-term shifts in the U.S. economy and the hit to employment in many states resulting from the slow recovery.

Of the top nine states where more people moved out than moved in, four are in the Northeast: In addition to New Jersey and New York, Connecticut (No. 5) and Massachusetts (No. 8) make the list. The list also reflects Americans’ desire to leave the frigid states in the north for warmer climes. “Over the last 20-30 years there has been a general shift of the population from the Midwest and Northeast to the South and West, which we think of as a move from the frost belt to the sun belt,” says Stoll.
Posted by Queens Crapper at 12:37 AM

Move to the West? There's no more water there.

So how does NYC's population keep going up? Sleight of hand, or superficial trends piece proved arong?

According to the census, NYCs population went down. And this piece is about states, not cities.

There's definitely white flight going on in North Flooshing - courtesy of Bloomberg and now DeSleazio with his basement apartments and municipal id cards.

NYC will end up a city of tourists, vulgar wealthy immigrants, and an enormous underclass that "no spik English."

David Byrne wrote this last year "...most of Manhattan and many parts of Brooklyn are virtual walled communities, pleasure domes for the rich (which, full disclosure, includes me), and aside from those of us who managed years ago to find our niche and some means of income, there is no room for fresh creative types. Middle-class people can barely afford to live here anymore, so forget about emerging artists, musicians, actors, dancers, writers, journalists and small business people. Bit by bit, the resources that keep the city vibrant are being eliminated."

That sums it up. NYC is turning into a place for a tourist to be photographed in. It's not livable anymore - certainly not pleasant with all the assholes in Queens that litter, don't shovel snow and ignore stop signs!

Have to look closer at the demographics of the inflow/outflow.

dont let the door hit you in the ass

NYC will be a place for rich people, hipsters, immigrants and section 8 people.

These days you cant make it unless you're affiliated with crime.

Nyc Is Way Too expensive to live on anymore. Gas, electric, water, car insurance are all double than what they are in other states. My black neighbors left nyc about 15 years ago, they were truly nice people and now the whole neighborhood is chinese and koreans. ....wouldn't be surprised if that's all you see in nyc within the next 20 years along with the Hispanics but you will see an asian mayor....Welcome to nyc, home of the asians we are slowly but surely turning into it....is it just me or does anyone else notice the huge surge of Asians working in the postal service? I went to the one in fresh meadows and I can barely understand the lady with her strong accent.

But I thought that now that Evil Bloomberg is gone, NYC was to become a "workers paradise" under Communist Bill Sandinista, no? Gee, I guess the voters got that wrong.

Read the report yourself...
http://www.unitedvanlines.com/mover/united-newsroom/press-releases/2014/2013-united-van-lines-migration-study.htm

After 64 years as a New Yorker (Queens & Suffolk) the wife & I left. My 2 kids left and my brother left.

the nutshell(add if I missed anything)

and as for the weather,nyc and upstate has been spoiled for a long time with these mild winters the past 15 years.Even with the droughts and wildfires,the west coast is looking better in terms of personal liberty(Colorado),jobs and affordability(Oregon,Washington,California,except san fransisco).

New York Progressives create a dysfunctional environment by giving everything away in the name of 'diversity, multi-culturalism, disability rights, leftism' etc...

Than citizens who voted for Progressives say 'quality of life is awful here,...I am moving to a RED STATE.

NYC will end up a city of tourists, vulgar wealthy immigrants, and an enormous underclass that "no spik English.
--

Hate to tell you the sad truth but the rest of the country ain't doing to hot either - trailer parks, white-trash culture, people living in 1972,

Sure you have your precious little retirement golf course enclaves but the south is subsidized by the government with cheap services - water, power, etc.

That will soon end - about the same time the tweeding welfare state becomes unsustainable and is forced by the citizens to look after their interests by stopping subsidizes to illegals.

We don't have the money.

The laws of the universe have a wonderful way of interjecting themselves into our most precious fantasies.

J...too many welfare handouts, failing schools, No job "perks" in most companies, 40-60 hours work weeks, 15-20 hour traveling times each week, too many luxury coops, affordable housing for the middle class only available around project housing, poor preservation of buildings that the government owns.

Who wants to live among a lot of people who can work but don't?

It is not just the usual percentage of the disabled, it is a whole population of people who are without jobs or the prospect of getting one. They still get and need food, housing, schools, health care. It's only fair they get all that even if it is unearned, right?

The problem is that private sector taxpayers are carrying the burden for the government's public assistance clients and the government's employees - and this is just a slow revolution of the middle class taking place.

New York City's mayor is loved by the dependency class. His rhetoric is directed towards "the rich" but the money is going to come from the middle class. The top 1,000 or 10,000 NYC taxpayers are going to leave and leave behind the 1,000,000 or so middle class taxpayers to work to pay for everyone - or leave.

Losing people? So why are we in a building frenzy? Who is moving in? Illegals? A fifth home for the rich?

I think we should write letters to the Queens weeklies to cover this.

I think the civics in Queens should start asking questions.

Then ya all deserve it.

I wonder if they counted the inflow of people who don't want to be counted???

Yes, NYC is overcrowded, but the article is stating NY state is losing people, not NYC. Although I am sure it will only be a matter of time before NYC loses population as well. The city is a playground for the super rich, not the rich and the immigrants who are happy to live anywhere and shove a dozen into one bedroom. But with stagnant wages, extremely high cost of living, high taxes and a very poor quality of life, it will only be a matter of time before regular folks move out because they can no longer afford here and keep being pushed out.

Let's face it NYC is the only place where you can pay $2000 a month for an apartment in a so-so neighborhood with garbage, crime and undesirables living in your area.

The writing has been on the wall for some time.

When I was am energy reporter for Dow Jones Newswires years ago I noticed that nuclear power plants in the southwest seemed to run more efficiently, and those in the upper Midwest and Northeast were more often hobbled. I asked an expert if something about the higher precipitation or lower temperatures made it harder to operate a nuclear power plant. He explained that no, there was no physical challenge. Instead, he noted that because the U.S. was no longer commissioning nuclear power plants, there were few nuclear engineering students. The talent best prepared to use new computer systems and such often had to come from the Navy's young (forty-ish) retirees. Those people typically wanted to live in the sunbelt, so performance in those areas reflected the advantage of more current engineers.

The only people I know that moved out of NYC did so because they had pensions and someone (usually Chinese or Korean) offered them an overly generous sum for their house.

It's easy to move to a cheaper state with that money and pension.

These stories never end. Nothing can scare people out of moving here.