Gina Argento is married to John Ciafone, failed candidate for City Council and a bonafide slumlord as per former Public Advocate Bill DeBlasio. He is also listed as CEO of Broadway Stages on Dizzy Lizzy's campaign filings.

He has found himself entering court as a defendant quite a bit over the past 5 years. Note that one of the attorneys to bring Ciafone to court was Frank Bolz, III, Chair of the Queens Democratic Party and law partner of Congress Member Joseph Crowley's father and brother. I suppose this is may be why he never has gotten the endorsement of the Queens Machine.

I wonder how many legislative proclamations they have hanging on the walls at 203 Meserole Avenue (Broadway Stages), which just so happens to be connected to 110 Frost Street, one of Ciafone's more violation-prone buildings? 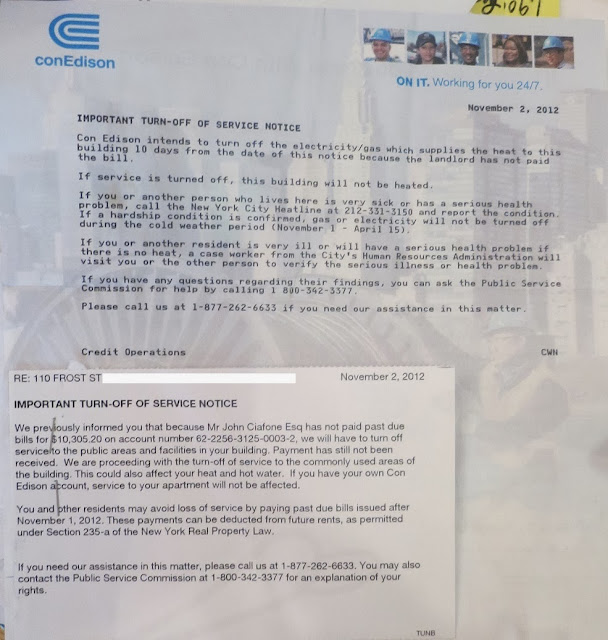 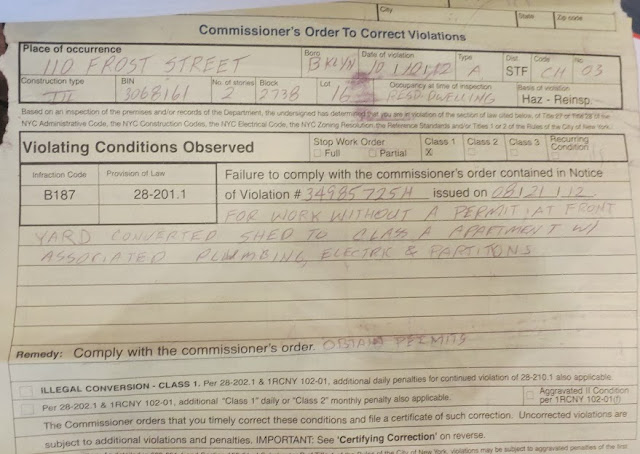 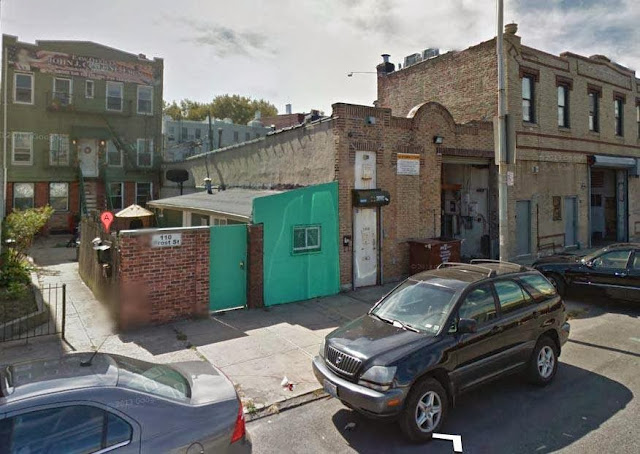 I'm sure, being such upstanding citizens, that the Ciafones paid taxes on the rental income from that extra unit. (Note the non-kosher advertising banner on the facade of the residential property.)

It's interesting that this bunch has plenty of money to throw at politicians and to sink into a hotel, a jail and a club pretending to be an arts center, but not enough to fix up their properties. 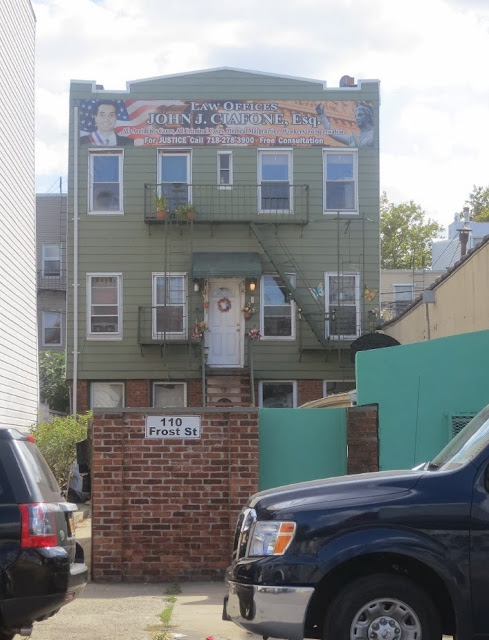 These clowns don't care at all about their community or neighborhoods they have property in. They just care about their stupid lives. Beautify that property and it give the respect it deserves.

this couple are the bonnie and clyde of real estate.this makes all this filming in NY since the funsize mayor's reign even more annoying since these 2 lowlifes have profited from it.

time to get the pitchforks and torches after them,pound their doors,tar and feather them and catapult them out of town.

Wait a second... is there a C of O for that little shed house with the chimney?

Oh I think Crappy can have lots of fun with this feller.

We should run a contest on submissions of his law office signs. I saw one the other day above a window with a reader / advisor sign.

We could have a field day opening the door on this little fetid room.

I don't understand what the point of this article is other than to bring baseless accusations against vital members of the community. I live in Greenpoint and Broadway Stages has changed the face of this neighborhood for the better. What's with the negativity? Who's team are you on because with the strange and random targets you take on in this blog, it's quite obvious you're on someone's side. Kind of cowardly to take such extreme stances behind the shroud of internet anonymity, don't you think?

What I would like to know is exactly HOW operating an illegal waste trade business makes Greenpoint a better place?
Or allowing a slumlord to be your CEO and use your address to perform said slumming...
Or building a hotel in the IBZ...
Or not paying tax liens...
And of course 43 Driggs is what got Ciafone on the worst landlord list in the first place.
That be in Greenpoint!

They have been a scurge on our community for years.
They show no respect for their neighbors. They shit wherever they please with no remorse or punishment.
Now do you understand the point of this article?