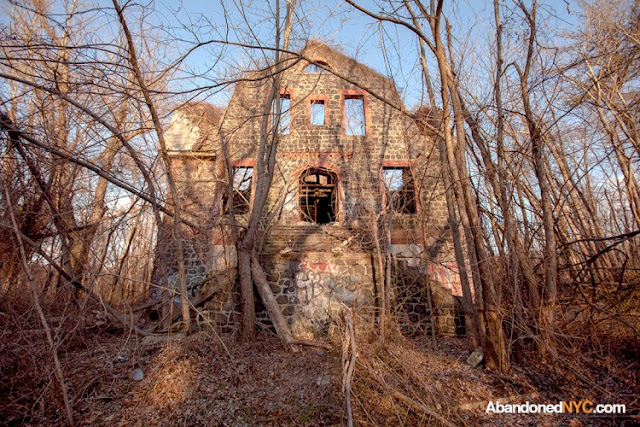 A long-abandoned poorhouse and hospital in Willowbrook will be transformed into a residential community for seniors, the city announced on Friday.

Staten Island-based NFC Associates LLC. will preserve some of the historic buildings on the 43-acre site, at 501 Brielle Ave., and will build others to create a 300-unit community for senior citizens.

Of the 11 buildings from the Farm Colony that are still standing, five will be rehabilitated for occupancy and two will be stabilized and preserved. The rest will be demolished after the developer gets approval from the Landmarks Preservation Commission.

Abandoned NYC has a great photo tour of the colony.
Posted by Queens Crapper at 12:09 AM

Hope they do more "preserving" than "building."

Help for our seniors is a wonderful thing. I'm tired of hearing about tax breaks for rich developers in N.Y.C. !