The magical blue bus that the notorious Knockdown Center/notorious Roberta's used to shuttle hipsters back and forth to the L train this summer was spotted recently on the street behind a high school in Greenpoint.

I believe the skull is a new addition. 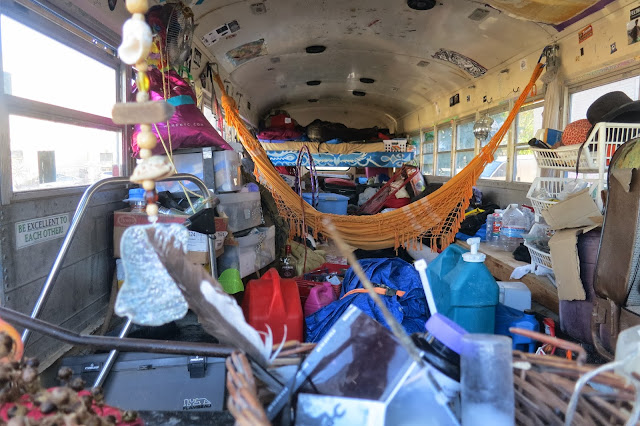 Note the bottle of Smirnoff and the gas can in the center of the mess. 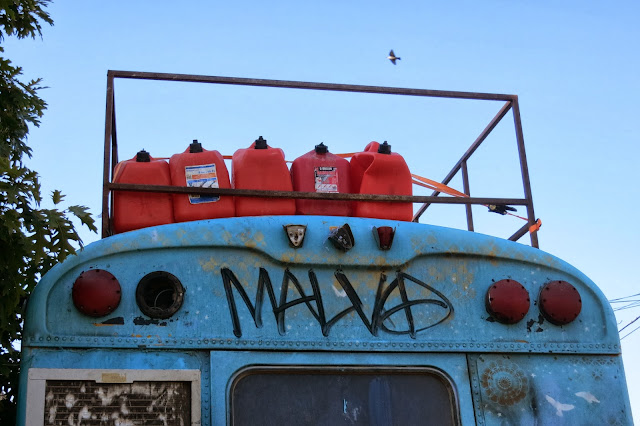 Amazing use of ratcheting tie-downs.

It all kind of fits in with Roberta's vibe, and Roberta's has been the exclusive caterer at the Knockdown Center thus far. Last year, Roberta's offered a menu that consisted of recipes containing marijuana and somehow kept their liquor license, even after bragging about it publicly. Perhaps they'll bring this avant-garde cuisine to Maspeth. After all, the manager of KDC once said:


“I think the Knockdown Center represents a once-in-a-lifetime opportunity to bring something really unique and really special to Maspeth certainly, but also the New York community at large.” 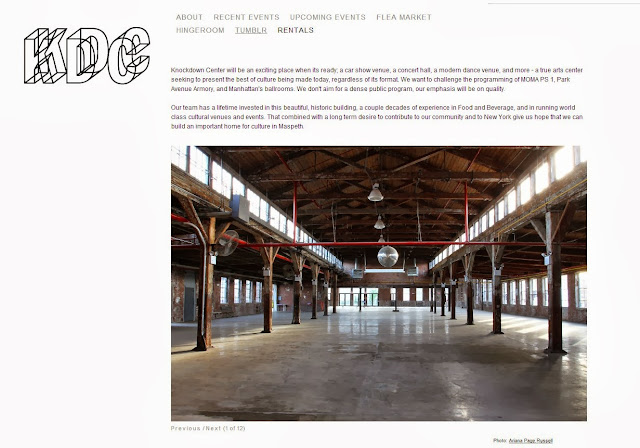 Now it's gone. I wonder why. Perhaps it's because they really don't give a flying crap about Maspeth, or Queens, and it makes their clientele cringe when they pretend they do.

This whole operation stinks to high heaven, and I have just revealed the tip of the iceberg. Stay tuned. There's more to be uncovered...
Posted by Queens Crapper at 12:17 AM

“I think the Knockdown Center represents a once-in-a-lifetime opportunity to bring something really unique and really special to Maspeth certainly, but also the New York community at large.”
---------------------------------
Translation; 'We know that the politicians in NYC are pretty much ignoring quality of life issues all around Queens and Brooklyn, and this is a wonderful opportunity for us to take advantage of that and make some quick money, regardless of how the existing neighborhood feels."

Pretty Amazing photos. A gas bomb parked near a school. And the cops are clueless! Sorta shows you the state of government in NYC under Bloomberg. Teetering!

It is pretty amazing that a bus parked on the street with containers of gasoline sitting on top, just goes totally unnoticed in this age of 911.

Wow,talk about New York quality of life going down hill (except for the rich).

I saw that same bus with gas containers atop when I was in Tijuana last July.

Take a ride. Have a blast!

Hard to criticize the pot recipes — you gotta be high to ride in that thing!

The L train effect continues unabated helped by the magic hipster bus.Next stop? Middle Village! Could it be artist lofts and event spaces in the largely unused warren that is the Metro Mall?Just wait until the magic hipster bus is ferrying its gas cans and clueless hipsters between the upper and lower parking levels!

These dam hipsters and hippie "replicates" are ruining everything.
I noticed not many grapes & figs this year and the tomato's came late.
My theory is all the exotic hipster pot plants not indigenous to the area are getting the bees stoned. The bees cant communicate with each other nor make there way back to the hives. The colony's die off.