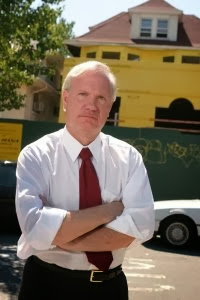 Democratic State Senator Tony Avella is not ready to back his party’s nominee for the City Council seat he once held.

After a corruption scandal felled GOP Councilman Dan Halloran’s political career, Paul Vallone eked out a victory in his eastern Queens district’s Democratic primary contest last month. But Mr. Avella, who had endorsed another Democrat in the race, has mixed feelings about the matter.

Although Mr. Avella’s primary pick crossed party lines to endorsed Dennis Saffran, the Republican nominee, at a press conference yesterday, Mr. Avella was not willing to go that far. Still, he said he found Mr. Vallone’s candidacy distasteful, including Mr. Vallone’s suggestion that he would bring more money to the district than either Mr. Avella or Mr. Halloran.

“That a little annoying. I’m gonna take another look at this race. Comments like that do not help his cause,” Mr. Avella remarked.

In particular, Mr. Avella–who tangled with Mr. Vallone’s brother, Councilman Peter Vallone, in the Democratic borough president’s contest before dropping out–complained about the political action committee backed by the Real Estate Board of New York, which spent heavily in support of Mr. Vallone and against his opponents.

“I am concerned because of the mailings Jobs for New York did on behalf of Paul. It’s very disconcerting to see … an organization that’s basically run by REBNY, which of course, I’ve had my run-ins with,” Mr. Avella explained. “One of the big issues in this district is over development. It’s very disconcerting see a PAC put in money for a candidate like that. I don’t know what that bodes for the future.” 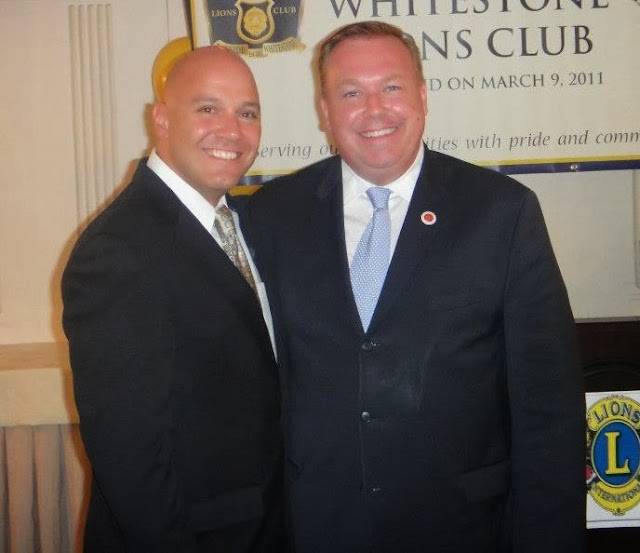 It looks politically smart for Avella. Vallone's connection with developers and the brownfield site his families involvement in all look sinister. Overdevelopment and destruction of what's left of the quality of life in that district are the key issues. The Vallones are on the opposite side!

Tony, if you got any guts, you should publicly endorse Saffran. "Not endorsing Vallone" is not good enough.

Why should one endorse or support a candidate just because they are with the same party. If the person running is not the best choice for the community why support or endorse that candidate just because of party affiliation. That concept does not make any sense and you see how well that is working throughout all government.

Well, as usual kudos to Tony for standing up for what is right.

The major two party system in this country sucks because of that type of thinking and nothing ever gets done.

You vote for the person best qualified and who can actually help your community for the better, period.

Does this mean Adam Lombardi's next piece is going to target Avella? Look out Tony you didn't endorse Stinky Vallone so now Adam is going to write a sour grapes piece of garbage about you too. Between Jobs for NY and Adam Lombardi supporting him, Vallone is going to lose quicker than you can say valloney balloney.

It's the Stinky and Blimpy Show...

As Graziano pointed out, four years ago when the news broke about Halloran being a pagan, the Republicans seriously considered dumping Dan-O and replacing him with Paul Vallone. So this talk by Vallone's stooge, Lombardi, about how it's disloyal to back someone from another party is absurd.

Arcabascio for BP and Saffran for Councilman - spread the word!!!!

Yep, those trolls are so annoying. And the fewer the degrees of separation between you and a Vallone make it that more likely that your comment will be posted.

Comments from Shafran and Chrissy about whether they will endorse Vallone:

"Austin Shafran, who came in second, lost by 134 votes. Contacted Monday, he said he has no intention of endorsing Vallone and never will.

"Chrissy Voskerichian, who placed fourth, said she is not endorsing anyone 'and I never, ever will endorse Vallone. His campaign was disgusting.'"

"Highest level of education"? Is that a comments section of a small-time blog or a job application?

Austin and Chrissy are wimps, just like Avella. They can't stand Vallone but they don't have the guts to publicly endorse Saffran, as Graziano did.

Lets face it folks, it would be pretty unprecedented for any elected to cross a party line and do an endorsement. Name one! If you run once and loose that's one thing, but not if you've been in the winners circle. That's party politics boys and girls!

The runt of the litter?

AVELLA's ENDORSEMENT WOULD SEAL THIS ELECTION!!!!!!!GRAZIANO's ENDORSEMENT, and very thoughtful statement has definitely tipped the scale, and Vallone and his followers are freaking out, but if Avella were to affirmativly endorse, it would be over!!!! Avella's refusal to endorse Vallone and disgust with Vallone's alignment (and collusion--let's face it!) with JOBS 4 NY is HUGE, but the scales would really tip if he were to come out and publically endorse SAFFRAN! AVELLA--step up t the plate--you have proven to be the "real" candidate--not beholden to the party---here is an opportunity to protect our neighborhoods from the real estate developers funding Vallone's campaign!!

So if the practice is so common why is Avella not endorsing anyone? Is he still suffering from post traumatic stress after letting down his fans and dropping the Queens BP race?

Wow "Crusader Rabbit" (on You Tube) took a stand!

Who cares what Avella does these days?
He's always been big mouth window dressing. How many "intros", Tony? How many of those were passed as bills? BINGO!

As far as "guts" goes...Avella turned coward and bowed out of the beep race.

He doesn't get my vote when he's up for re-election as a senator.

OK, the trolls from county and theVallone campaign have been heard from with their rips of Tony Avella. We can go about our business now.

Saffran didn't "make" Avella the Councilmember in 2001 - he lost by a few hundred votes in a very contested race. That particular political season was notable for being reasonable, polite and a discussion of the issues, which they more or less agreed on for the most part.

This time around is completely different. Vallone has run a horrible and nasty campaign devoid of anything of substance whatsoever, pissing off a lot voters in northeast Queens - remember, 70% of the Democratic Primary voters did NOT vote for him, and I would guess a big chunk of those people will definitely not vote for him now.

I know that I am definitely voting for Saffran, that's for sure.

And Avella behind the scenes is supporting Saffran. He hates Vallone! Avella and Saffran had a cordial relationship when they ran 12 years ago- they debated issues, unlike Vallone who takes no position on anything. What a sham! Vallone is such a liar, will say anything to get elected and is in bed with real estate developers. Say No to Vallone on -11/ 5!