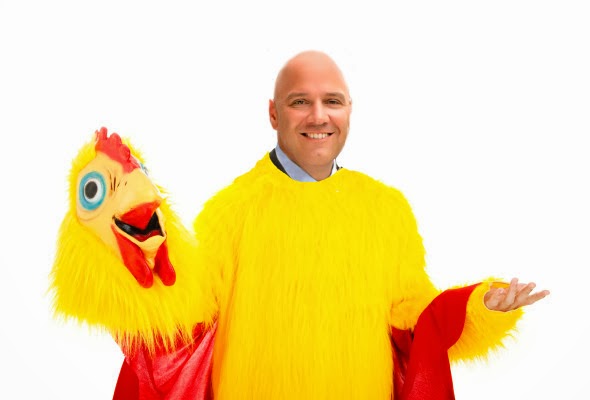 City Council Candidate Dennis Saffran today learned that his opponent, Paul Vallone, is refusing to appear at the only televised debate between the two candidates, which was scheduled to be taped at 5 p.m. on Sunday, November 3rd, and to appear on NY 1’s “Road to City Hall” the following day. Vallone, who is running against Saffran in one of the few competitive Council Districts in the entire City — a district where Republicans often win — claims that the debate, which would last twenty minutes at most, does not fit in to his busy campaign schedule.

In a statement, Saffran said:


“I’m extremely disappointed by my opponent’s decision not to show up at our only debate, as well as his decision to apparently run on his connections and family legacy, as opposed to the actual issues. This seems to be a trend with my opponent, who failed to appear at a forum held during the primary that focused on preservation and land-use issues, where he knew that his strong ties to Big Developers and the Real Estate Industry would come to the fore. I can’t imagine what my opponent has planned two days before the election that would be more important than our only opportunity to reach all of the voters in the district at one time, and letting them compare the two candidates side-by-side so I urge him to release his public campaign schedule so that the voters of this district at least know why he is insulting their intelligence by refusing to debate.”

Saffran’s public campaign schedule can be found here.
Posted by Queens Crapper at 12:40 AM

When these cowardly criminals like the Vallones refuse to show in public debates then the empty chair method should be used and let the questions go forward.

Yes he is a chicken! Why doesn't he debate? What's the matter? Is he afraid to get his ass handed to him in a debate?

I don't blame Vallone. Everytime they debate Vallone loses his temper or lies. This is probably his smartest campaign move yet.

His busy campaign schedule doesn't include time for a televised debate?

How does that work? He's such an slimeball embarrassment!

- Democrats for Saffran, Arcabascio and Lhota

I knew he was a weasel, but didn't know he was a chicken.

Pay attention distict 19. He's already TOO BUSY FOR YOU!!!

Vallones do not do well outside of the Italian peasant electorate like you find in Astoria.

They bring up 'children', 'family values', etc that plays well to that sort of element, but cannot articulate themselves well or take to criticism.

Worse, this values thing is merely a facade. In reality, they bring out the worst in people encouraging residents to sell out - damn the consequences to their neighbors or their community's future.

Astoria is changing. It is only because the community was so strong that it survived the 40 year dark age of a Vallone control.

The Vallones will soon be a footnote to time when Queens was considered a backward laughing stock.

The work of the people in NE Queens and Juniper Valley needs to spread to other areas. We MUST hold people in office accountable and force them to face hard questions.

Vote for Saffran and bring respect and honor back to District 19.

In order to alleviate the noise from low-flying planes over NE Queens, Stinky will be taking down his Halloween decorations on Sunday, and will therefore be forced to miss the one and only debate with Dennis Saffran.

On a related note, he looks forward to unveiling his official City Council portrait on Wednesday, providing that his REBNY puppet masters haven't summoned him in for instructions.

first Graziano doesn't let him cut the line at a primary debate,

then he couldn't go the debate about land preservation and protecting because a client died and he HAD to console the family,

then mean ole Saffran showed everyone the flyer with the innocent Newtown victims on it that was sent on Vallone's behalf that Vallone refused to renounce until Saffron told everyone 2 months later,

and now he's just too busy to addend a debate on television for the election which is only 5 days away for a job he's been campaigning for the last 6 months.

This is the story of Stinky.

On Novemember 5th you will all VOTE FOR DENNIS SAFFRON......

Bullies can't stand to be confronted orto get into a fair fight. Why should we be surprised about his non-participation?

I'm proud to say that not every union swallowed the Kool Aid and endorsed Vallone: the Professional Staff Congress, which is the faculty/staff union of CUNY, had endorsed Austin Shafran in the primary, but did not endorse Vallone in the general election. CD19 is conspicuously absent from their updated list of endorsements.

Paul Vallone is a LIAR.

He will say anything in order to get elected.

I was at College Point last night and he said that Tony Avella supports him, which I know isn't true (and so did the audience). Dennis Saffran had to, once again, tell the audience that Paul V. wasn't telling the truth - again.

Here's an article that refers to his severe dislike of Paul Vallone:

Avella also sent out a press release last week reiterating that he was absolutely, positively neutral in this race.

This means no endorsement or support for Paul Vallone. I also heard that the other candidates that he ran against in the Primary refused to endorse him as well, along with Congressman Steve Israel.

And, kudos to Paul Graziano for supporting Saffran. Not too many people in the political world these days with balls or ethics, and he has both.

Stinky is toxic, and other politicians are wise to stay away from him. Progressive Dems don't want to touch him since he's in the pockets of the Real Estate Board of New York. (Why else would they spend so much money on his behalf - because he's not in their pocket?) He's the definition of a bully who grew up feeling entitled because his father was a "big deal" in Astoria.

Vallone is a sham! Voters in our District should demand that NY 1 proceed with the debate with an empty chair for Vallone---I bet if they call his bluff he will show up! Go to the NY 1 website and scroll down to the CONTACT US box and tell NY 1 that Council District 19 voters deserve to hear the two candidates' views on issues affecting us. Vallone has no views on any issues---but let the voters understand that firsthand! He will not represent us full-time; both his brother and father are members of the Vallone & Vallone law firm and made significant money from their law practice while in the Council--as Vallone intends to do. Demand a full and fair debate!

Another red flag! Heed the signs. He already thinks he's holier than thou. If he's a no show on TV don't kid yourself he will ever show up at the community.

He can't even do decent stand up comedy. The boy's afraid to face the music. Paulie appears to be definitely the dumbest of the Vallone siblings.

Puhleeze--Don Paulo--now don't put out a political harassment contract on me.

He is the greasy sheep of the bunch.

He is one pollo loco.

While I will not be voting for Paul Vallone, I take umbrage at the post that remarks on "peasant Italian electorate." These "peasants" as they are called are the very fabric of our American society. It is these immigrants who came from Italy, Ireland, Cuba, Pakistan, etc. who lay the foundation for our communities and you would be hard pressed to find someone in Queens who did not trace their roots to just such a population.

If the "peasant Italians" are responsible for putting the "Vallone Dynasty" in place it is because up until now, they did not have a better offer. It is my belief that people such as the author of that post need to come down off their elitist horse and realize that the Republican party has something to offer to all of Queens and that these ethnic communities have something to offer to the Republican party.

I think Dennis Saffran is just the person to appeal to these communities. He certainly was not born with a silver spoon in his mouth and worked very hard to achieve the accomplishments he attained. He is not part of a "dynasty" so he owes no one. He simply wants to work with everyone to make things better for all of us.

I agree completely with and applaud the comment by my friend Anne Marie Devlin. While I'm the last person to be politically correct, and love it that Queens Crap is a No-PC Zone,some things go over the line, and the post Anne Marie is talking about went way over. I welcome all support in fighting Paul Vallone on the issues and on his ties to the developers who prey on our neighborhoods, but this post was totally inappropriate. Just to be clear, I'm proud to stand with the so-called "peasants" - and with the "sort of element" that believes in "family values" - all of whom have a whole lot more common sense and decency than do the snotty Manhattan elitists who "consider Queens a backward laughing stock."

Dennis I have a question for you.

If you lose and I truly hope you do not. Will you continue to stay around and fight for what's right in all of the communities within the city Council 19th district?

When you continue to stand with Kim Cody, Alfredo Centola, Paul Graziano, and all of the other local activists trying to make their neighborhoods a better place to live?

@ Anonymous: He absolutely will.

To my friends that defend ignortant peasant Italian Vallone supporters

Wise up. Stop your tedious tweeding. Just about everyone on this blog came from peasant stock.

But that does not make us ignorant peasants that support a clique lie the Vallones and their buddies.

There is a lot more to Italy and Italians than the type that you find as Vallone supporters.

Its a bit like taking a Kentucky hillbilly and saying all whites are like Tea Party fundamentalist Christians.

Yea, we can slam the tea party - and we can slam Vallone supporters - because in many strange ways the two are very much alike.

You find backward ignorant types in all ethic groups.

The support of the Vallones came from a specific type of person that - no matter how much money they have - have a very ignorant limited distorted view of the world - one that someone like the Vallones can prey on.

And for the record, there are plenty of Italians in Astoria are sick of the Vallones.

Maybe they were the ones whose home played opera, instead of Tony Bennett, when they were kids.

Dennis should answer that one