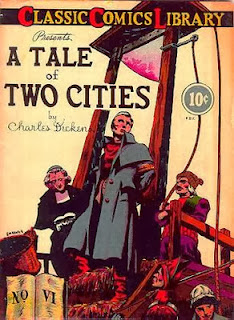 The rise of Bill de Blasio to the top of city politics has raised the question: Is it his policies or something else that have fueled the public advocate's popularity? A survey by The New York Times and Siena College suggested that a vast majority of New York voters favor Mr. de Blasio to be the next mayor despite disagreeing with his positions on education, public safety and other issues.

But a new poll casts doubt on those findings. The survey of 1,475 New Yorkers at all income levels, conducted between July and August, found strong support for Mr. de Blasio's central message of income inequality, with a majority saying they believe that the wealthy have benefited the most under the Bloomberg years.

"[From] some of the other polling, for example what The New York Times reported, the sense was that the public likes de Blasio but doesn't really agree with his policies," said Nancy Rankin, vice president for policy and research at the Community Service Society, which sponsored the poll. "What we're seeing in our survey is something different. We're seeing a real shift in the public's mood."
Posted by Queens Crapper at 12:39 AM

69% of people admit they're greedy hypocrites who could just more give to charity (and get a tax break!) but are too lazy or stupid to do so.

There is income inequality in nyc. I don't support diblasio because he is an illegal lover. However, yes there is inequality. Most of the people who find work these days are only paid 10/hour! Who can afford an apartment or house on 10/hour? The problem with nyc is that the pay does not meet the cost of housing. All of the affordable housing is in neighborhoods where no one wants to live in, like Brownsville, places in the Bronx, corona, Jackson heights. No one wants to live in these areas because illegals or drug dealers live there and have ran the neighborhoods down to the ground. And the only people who want to live in flushing are those rude Asians. So you expect me to pay 1400-2000/month for rent to live around drug dealers, killers or illegals who have ran the neighborhood to the ground? In most places where there are foreigners, you can't even find a store that Americans can shop in or are welcomed to shop in. Its all over the place, look at flushing , corona or Jackson heights! They only cater to foreigners. If you go in as a white/black american, they look at you funny as if you're in the wrong for shopping there! I have experienced this first hand in a hair salon in corona and I experience it all the time in flushing stores.

Lhota is the reasonable choice. democrats are driving the nation into the ground. Socialism DOES NOT AND NEVER DID WORK.

Anyone who thinks wealthy NY'ers will stay here in NY are nuts. Capital goes to where its treated well. Inevitably, the tax base will disappear in NY.

NY deserves what it gets. Too many socialist idiots who have drunken the Kool-Aid.

New Yorkers, most, don't agree with his policies but like him. What's to like? He wants to transfer more wealth from the middle class, what's left of it, to the upper class. Is there something in the water or are you just the spear point of the dumbed down masses in America. And, oh yes, please tax us some more Mr. DiBlasio-Wilhelm, we're not yet completely destitute!

His interracial family. Face it. NYC is still stuck in 1960s identity politics and the idiot voters wonder why they keep getting crap elected officials.

The tale of 2 cities story has been co-opted by deBlasio. Anyone that doesn't think there are two NYCs - one for the mega rich and one where the rest of us working idiots slave away and pretend we matter, is clueless.

You said it bub. Why are people so selfish??? Why don't people give more away to charity? Get the tax break and it's like free gold.

If you can't afford to give to charity, you are probably someone with their greasy hands out for a freebie.

obama's campaign guru ,Axelrod(marxist)worked with de Blasio in the past. they are fellow travelers.

do not be taken to the cleaners by these re-distributionists.

capt. john smith said "if you do not work,you do not eat" at jamestown ,va.marxist/communism failed in the colonies.

an attempt to communize nyc.