Build what you want. City Planning has your back. 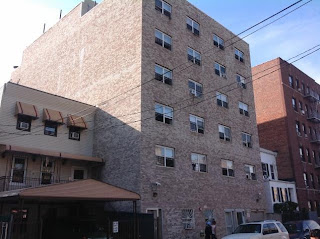 And the owner of the buildings — on Southern Blvd. and Hall Place — is one step closer to gaining city approval to keep the shelters open, despite the protests of neighbors and officials.

The landlord, Julius Ausch, got the thumbs up from the Department of City Planning last week on a zoning exemption that could allow him to keep the buildings operating as shelters.

Residents complained of mold, mice and shoddy construction work in the building.

A spokeswoman for the Department of Homeless Services would not address the legal issues, saying only that the agency was “being kept abreast” of Aush’s efforts to bring the buildings into compliance.

Locals have battled the scofflaw landlord in the past.

They argued that Ausch — who lives in Brooklyn — willfully disregarded zoning laws when he built the Southern Blvd. residence two floors higher than he’s legally permitted.

He later leased it to New Hope, which opened it as a homeless shelter in 2009 and operated under temporary approvals that expired in May of 2012.

The City Council has two months to make the final call on the zoning exemptions for both shelters.

The Upper West Side is also fighting a shelter. Pretty soon, the City will just consist of high-rises for tower people and one giant homeless shelter.
Posted by Queens Crapper at 12:50 AM

I really is that way - I say have the owner tear out the 2 stories - that will teach em!

Variance granted 100% of the time.

The Upper West Side was the well-spring of NIMBY-ism in NY - that's why the Padavan Law was enacted (although that' basically calls for advising the community; theoretically it prevents concentration of services in on locale, but that's a tough case to make).