Astoria attorney John Ciafone is running for City Council District 22 (Astoria) to replace outgoing Peter Vallone, Jr. He has run previously for the council as well as for the assembly. He dropped out back in 2010, and he may have dropped out this time around as well since there are no CFB filings from his campaign on file.

What you may not know is that Ciafone currently appears on Public Advocate Bill DeBlasio's slumlord list. To his credit, he is on the "most improved" list, having reduced his violations from 195 to 2. He tried to donate to DeBlasio, but it was returned. Local council member/Vito Lopez protege Steve Levin and Queens BP candidates Peter Vallone and Melinda Katz apparently have no qualms about keeping his money, however. 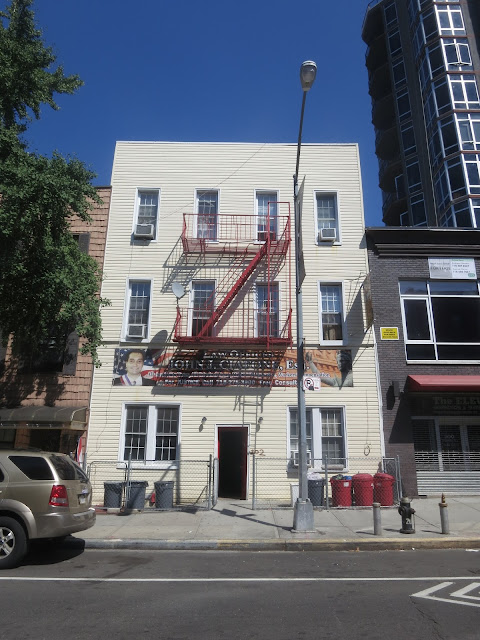 Ciafone currently has ads on residential buildings in the Williamsburg-Greenpoint area. 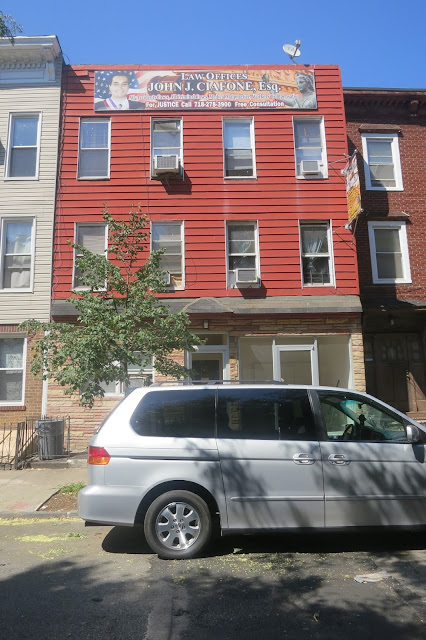 They appear on 202 Franklin Street, 119 Freeman Street, and 199 Green Street, among others. 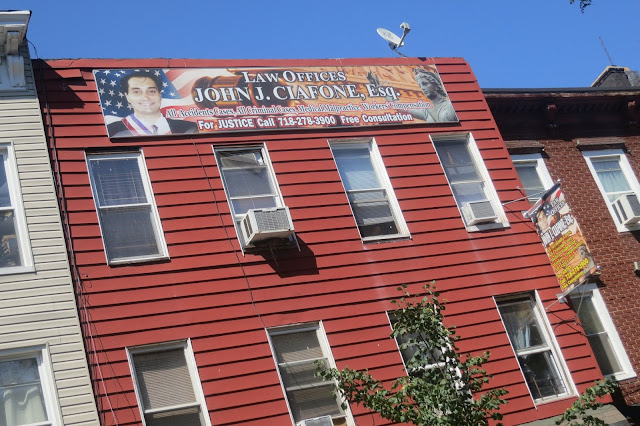 No permits are on file, so far as I can tell, that allow commercial signs on these buildings. 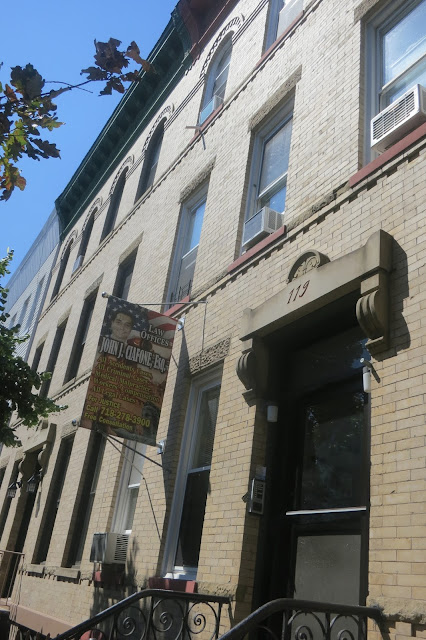 It's all about who you know, and who you give money to.

Signs are all over Astoria as well.

John is a putz. Same guy claiming his Whitestone residence was his "vacation" home.

He is also a chronic litigant.

These posters are all over Van Bamer's and Vallone's districts and they look like hell.

Everyone assumed both had taken donations from this guy.

The word is, as to why he is running is, can be traced back to Vallone.

When lil Pete's hand-picked successor flamed out (no surprise as Vallone's Taminent 'Brain' Trust is literally either dead or brain-dead) and the front runner, unlike Gianaris and Simotas, did not endorse him, all sorts of critters were encouraged to come out of the wood work to run for city council.

If Vallone does this to his back yard, just wait till he gets his hands on your neighbor's yard, you know, the one with the Vallone sign out front and who is counting his dollars already.

Ciafone struck it rich by marrying the daughter of an elderly italian guy who owns multiple rental properties throughout Astoria and other places.

I hate those signs. They're on par with those 'we buy junk car' ads - they are everywhere and illegal.

Doesn't he also have a sign up near Court Square?

Yes. There are many other of his banners around the area. Someone in Brooklyn sent these photos to me.

That's because he's the landlord, moron.

- NO REPAIRS TO DILAPIDATED BUILDINGS

- SHOULD BE DISBARRED FOR LYING

No shit. But as long as his wife Gina Argento-Ciafone is a Board member of Community Board 1 (Brooklyn); a Board Member of the "Mayor's Alliance To Advance NYC"--- bought and paid for--- do you honestly expect Ciafone or "JP Associates" to be disciplined? It is much cheaper to pay off politicians via straw donors than pay off all the DOB penalties and tax liens they owe.

As for why Ciafone has not been disbarred? He's sent me a trio of insane legal threats. Claiming "defamation" because I linked to a site which alleged he was engaged forgery in regard to his petition to run for City Council.

I for one find this fascinating. So much so that when Ron Kuby (yes, THAT RON KUBY) saw fit to buy one of my "Stop and Frisk" snow globes I ran by Ciafone's "defamation" threats past him. He found them hilarious.

Ciafone is an idiot. But he's an idiot with money. So, I ask, where did that money come from?