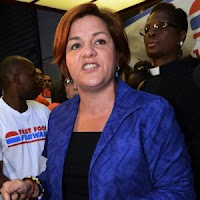 Christine Quinn’s mayoral campaign is encouraging her interns to skip the first days of school so they’ll be available for the critical get-out-the-vote drive before the Democratic primary, The Post has learned.

In an e-mail blast to all the campaign’s summer volunteers, Quinn staffer Ross Adair said he was “pretty sure” that teachers wouldn’t mind if their students miss class on primary day, Tuesday, Sept. 10, “or even Monday and Tuesday” — a reference to the day before the primary.

“Thinking about election day: ALL INTERNS WHO PARTICIPATE IN ELECTION DAY WILL RECEIVE BOTH A LETTER EXCUSING THEM FROM CLASS IN ADDITION TO A LETTER OF RECOMMENDATION FROM THE CAMPAIGN AND CHRIS,” Adair wrote, adding the capital letters for emphasis.

He told the high school- and college-age workers that the rewards of working for Quinn would be paid back big-time when they move on to careers.

“If you want me to be real for a second, a letter coming from the next mayor of New York City saying that you helped her on election day is something you can definitely put on your resume or application, and I’m pretty sure your teacher will be ok with you missing Tuesday, or even Monday and Tuesday,” he wrote.

Meanwhile, 2 recent polls have her in 3rd place, not even qualifying for a primary. Let's hope this lasts until primary day.
Posted by Queens Crapper at 12:32 AM

What's the big deal? John Lui is using Brooklyn Tech students. they work for free and get class credit. It's called Civics. It's on the syllabus. My only issue with John Lui is that he should be paying the teenagers.

Did she consult with Dennis Walcott on that letter?

Since the polls are open to 9 pm there is plenty of time to do it afer school.

Where is Vallone getting all those young kids in yellow shirts to campaign for him?

I guess its a good replacement for Taminent clubhouse stalwarts where the average age is north of 70.