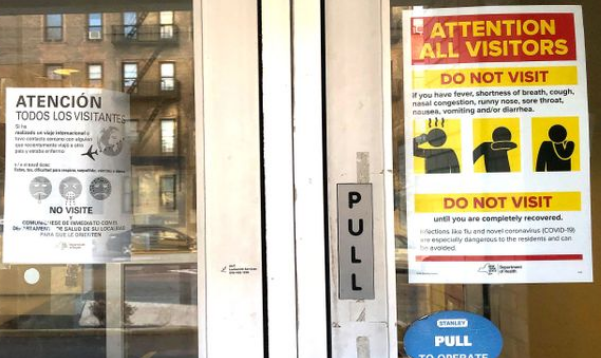 
Nursing homes have emerged as a second major front in New York’s battle to stem the coronavirus crisis — with their residents accounting for 15% of COVID-19 deaths in the state, the state Department of Health revealed Sunday.

Like staffers at many city hospitals, nursing home industry officials say they’re suffering from shortages of protective equipment and testing kits — even as they’re caring for a population with the highest risk of succumbing to the virus.

LaRue, who confirmed residents in his network have tested positive for COVID-19, said he spent Sunday delivering thousands of items of protective equipment to his facilities — but that it was barely enough for one day.

He said his workers don’t have enough surgical gowns and face shields to keep them safe when caring for symptomatic patients.

“We’ve been buying rain ponchos and beautician gowns off of Amazon,” said LaRue.

Hydroxychloroquine has been used for 70 years for a range of illness's !

Where do you think the NYC worker Mafia is making up lost income ?
DOI will uncover all the stealing soon and people will be jailed !

Staffers? you mean the worst of the Caribbean -bussed in to abuse little children and vulnerable elderly