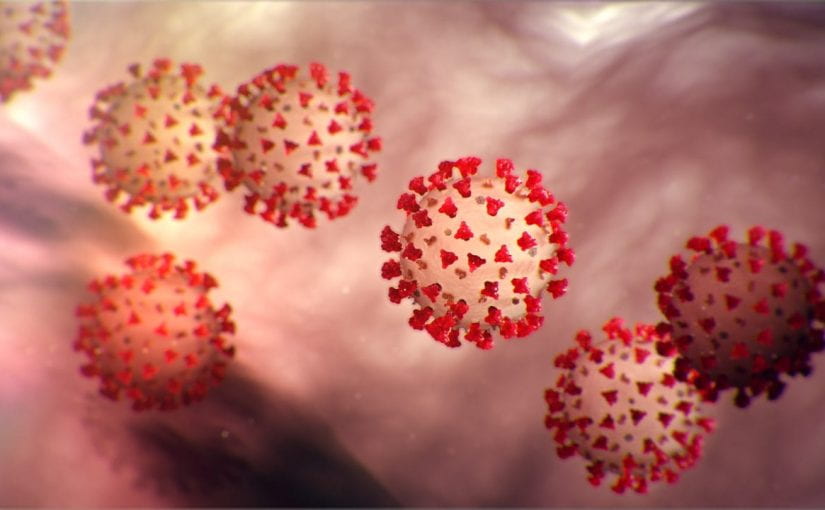 
Gov. Andrew M. Cuomo on Sunday confirmed New York State’s first case of the coronavirus, saying that a woman contracted the virus while traveling in Iran and is now in New York City isolated in her home.

“The patient has respiratory symptoms, but is not in serious condition and has been in a controlled situation since arriving to New York,” Governor Cuomo said in a statement.

The woman, who is in her late 30s, is in Manhattan, according to state officials. It was not immediately clear when she returned from Iran.

Her test was confirmed Sunday in the Wadsworth Lab in Albany, N.Y. It will now be reviewed by the Centers for Disease Control and Prevention in Atlanta.

More than 70 people in the United States have been confirmed through laboratory testing to have the new coronavirus. Many had been passengers on a cruise ship ravaged by the virus or had been infected in China and then returned to the United States.

But there have also been several confirmed cases of person-to-person spread in the United States. And researchers say that in Washington State the virus may have been spreading for weeks, largely undetected, and that hundreds of people may have possibly been infected. One person in Washington has died after falling ill with the new coronavirus.
Posted by JQ LLC at 9:48 PM

What took so long?

Wash your hands, eat well, and sleeping good will build up your immune system.
That is all we can do other than lock yourself inside or move to a private Island.

although a private island does sound nice

Immigration from various countries makes life in New York an experience like no other, yeah like getting weird diseases, traffic and noise and having to speak like a sloth so the ESL idiot can understand you at the stores. Now we get a bonus prize, a terrible disease that can literally eat you inside out.
I am old enough to remember the Archie Bunker version of New York, it wasn't a utopia either, but in comparison to the current endless parade of stupid, it was a paradise. Current day NYC sucks so bad I miss late 1970s to early 1980s NYC, yep that is how bad its gotten. Seen videos of NY in 1940s and 50s and wow that was a city. I guess I was born 50 years too late.
Too most of you liberal virtue signaling hipster phonies, a guy like Bunker was an ignorant relic of the past, but the character spoke uncomfortable truths, and yes the truth tends to sting. But I would rather have a guy like Bunker be my neighbor than the gentrifying masses of Gen Y and Z hipsters that raise the prices of everything and defend this endless crap parade of morons called NYC in 2020.

Manhattan soon to become a wasteland of the dead and dying...

Why is there so much fearmongering?

Take apart the name of this new life-threating illness and it translates to Head Cold.

Why the diversion? What is the U.S. and World Governments trying to conceal from us?

@What is the U.S. and World Governments trying to conceal from us?

The big economic collapse due to their actions, see manufacturing, IT jobs, outsourcing. These people in their greed forgot when you outsource manufacturing and pretty much everything, yes you make big profits, but you also got rid of your customers locally.

I'm not panicking. I live on secluded island and have locked myself away! Good luck, world.

The powers that be are freaking out about Corona virus for three reasons.

One is because it's becoming a pandemic. The fatality rate might be very low as long as the ill are properly cared for - but if everyone catches it at once (since it's a brand new disease and we have no immunity) there won't be enough facilities and healthy people left to care properly for the sick.

Second is that with everyone sick, our complex international logistics system collapses. There's no one to milk the cows, no one to pasteurize the milk and bottle it, no one to ship the milk out to your local supermarket or bodega, and no one there to sell it to you. It won't surprise you that this system has been made as cheap and efficient as possible - which means that if one part fails, it all fails if not quickly replaced with a substitute. If multiple parts fail at once, and too many people are too sick to set up a replacement - then that milk, and everything else we need to survive, never makes it to the market. And in an island City like ours, (and any city, really) with millions of people and very little food grown locally, it's a recipe for disaster.

Third is specifically for China. Many of our biggest businesses treasonously moved their factories to China, to take advantage of slave labor and zero environmental regulations. American customers, instead of rolling out the guillotines for the billionaires who shipped our industry overseas, celebrated getting their electronics and toys for a few bucks cheaper. Right now half of China is under quarantine (and you can bet the disease is much worse there than the untrustworthy, unelected Chinese government will admit), which means all these multinationals are freaking out over the billions in lost revenue. Which trickles down to their mouthpieces in the newsmedia freaking out.
While we can survive without new iPods, the megacorps who put all their eggs in the China basket can't. Their worst nightmare might even come true - they'll be forced to bring manufacturing back to the United States and forced to pay their workers living wages, which means they'll only earn $20 billion this year instead of $21 billion. And to them, that's a worse outcome than half the world dropping dead of disease.

A few months ago the Hong Kong protesters threatened the regime in Beijing. Presto enter stage left the corona virus suddenly the streets of Hong Kong are empty. The Trump stock market crashes and the MSM runs countless stories blaming Trump for every virus death in the world.

China and the USA have an aging problem, which COVID-19 fixes nicely.

"China and the USA have an aging problem, which COVID-19 fixes nicely."
Yo dawg aint nothin but a biotch !

And if the elderly die in the US, the only people left will be the millenials, Gen Z and the immigrants. America will be effectively majority non white. So if you think Covid will fix the problem you are sadly mistaken. The young generation are flippant idiots terrified of committing to hard work or any kind of tangible achievement in real life.
And Trump???!!! LOL. Thought he was a con job from the beginning. Where is the America First? He kicked out many of his famous online supporters from CPAC and did not lift a finger when Facebook, Twitter, and Youtube started banning many of his supporters. He is a distraction to allow McConnell and the RINO party to keep robbing the working people. And of course on the Democrat side its virtually the same with them trying to knock down Bernie Sanders.
It amazes me how trailer park people think Trump is their guy. LOL. One light bulb at his swanky buildings is worth more than what they will ever earn their whole lives. I have seen his properties, they are for the rich and for the global elites that Trump keeps saying are the bad guys. Hint hint, Trump is a global elite as well. Ivy league educated Manhattan billionaire wants to help a line worker in Michigan!!!! Boy are we a dumb nation.

I think that was a hoax.

And what about FLU-shing? Where’s the clean up sanitary procedure?
Oops! Is that considered too anti Asian?