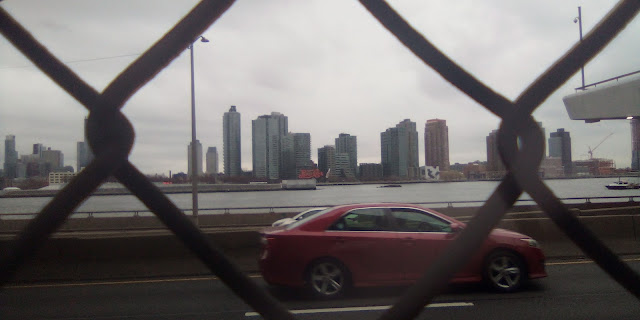 The election to fill the vacancy was already underway, with early voting beginning last March 13.
Councilman Donovan Richards, the Queens Democratic Party-backed candidate who is considered the front-runner, had urged the mayor and Gov. Andrew Cuomo to postpone the election because of health concerns over the coronavirus.

Richards immediately praised de Blasio in a tweet moments after the mayor’s called off the race.

“Thank you@NYCMayor for recognizing the importance of protecting poll workers and voters in Queens. We should never put politics ahead of the health and safety of our most vulnerable,” Richards said.

Great, democracy is suspended....this will give Richards the time to steal the election just like Katz did

so what about those who early voted, will those votes count or will we have to go to the polls again

Now that our politically failed systems nationwide are continually decimating We, the People, in the wake of a lethally infectious global virus, it is now time to start eliminating ALL politically patronized jobs like the totally useless, wasteful and budget draining Office of the Public Advocate AND the Office of the Borough President.

Millions of dollars disappear into a black hole in cyberspace each year between these two vacuous positions of epic government fail.

We are suffering an existential crisis, the likes of which have never been seen, that could easily obliterate whole populations, and what better time to face the 'Cold Light of Day' reality to banish ALL of these grinding, patronage mill, party-machine-failed positions that DEVALUE honesty itself!

I speak for millions when I exhort how sick to death I am of living in QUEENS County: The official gateway to 'The Fourth World,' and the crushing over development, ever climbing taxes, zero quality of life, zero freedom from the never-ending blights of 'Noise & Sight' pollution, and an overall disgust with this FOISTED, demonic system of DemonRat-entrenched sycophants, all of whom have murdered New York State, with a vengeful impunity that remains unprecedented, to date.

Finally, our feckless mayor and governor (even their typed names are enough to induce projectile vomiting!) deserve to be federally locked up in an Arctic prison for life. Because of these two derelict sociopaths, an entire state now resembles a hollow, nihilistic, dystopian, abandoned movie set, instead of my once thriving, fiercely proud and independent metropolis, in which is now only available through the archives of history past to be able to envision what better living standards, civility, fair wages and an honest day's pay look like.

Our city and state is now devoid of all culture, vibrancy, spiritual growth and development: A tasteless, shabby wasteland of putrid, rotting and smelling crud! And, the deranged, depraved, and money addicted people in government who destroyed all pretense of life and liberty for everyone else are what continually, unnaturally grows underneath all of that ever expanding crud!

Yes because the 10 people who will be voting in it will all have the virus.

The Demorat Party should postpone open borders !
Democrats Vow NO DEPORTATION Amid Global Border Closures And Coronavirus Pandemic !
Liberalism Is a Mental Disorder !

So, here is the question, what happens to the votes already cast? Do we start from zero, or from where we left off

"Noise & Sight' pollution"
I notice this all the time but what will cause people to act ?
The FAA has been using the terrible NextGen system in LGA/JFK since 2012.
Shame on congress for allowing the FAA to re direct air traffic over our homes !
Shame on our Senators for doing nothing regarding this issue !
Shame our Presidents for allowing this to happen !

American citizens to be extremely cautious to the point of imposing curfews and quarantines to flatten the curve, and not tooverwhelm the US healthcare system even as the Democratic candidates take to the debate stage to promise non-citizens healthcare to win political points.