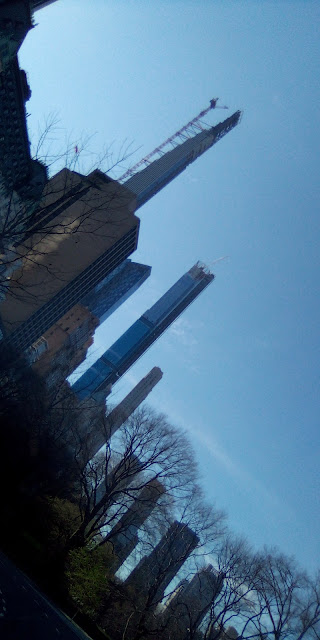 
Gov. Andrew Cuomo will freeze most construction statewide in response to the pandemic virus sweeping New York, after outcry from workers and word of COVID-19 cases on job sites around the city.

On Friday the governor will decree most residential and commercial building temporarily off limits, according to a spokesperson for Cuomo’s office. Infrastructure and transportation projects will be allowed to continue, as well as emergency repairs, hospital building and work on affordable housing.

Until now, construction work has been classified as essential, exempt from a state “pause” that ordered the shutdown of a wide swath of workplaces.

Cuomo’s shift followed a rush of protest from construction workers and their family members. Significant numbers had begun refusing to show up for work, sources said. Word traveled on Facebook among workers about positive cases on job sites and an electrician’s death.

Stephen Jozef, 57, who had been working on Google’s offices at 111 8th Ave., died from the coronavirus Monday, his daughter said. The electrician was last on the site on March 6, leaving because he grew ill.

“We understand the need for essential electrical work but there are many jobs that aren’t,” his three daughters, Valerie, Amanda and Rachel Jozef, said in a statement.
Construction worker Stephen Jozef died on March 23 from the coronavirus. Photo: Courtesy of the Jozef Family

The carpenters’ union local released a statement Thursday asking elected officials to limit jobs to “truly essential” construction. “Our members’ lives are at stake,” it said.

Cuomo’s move came as some construction sites around the city temporarily closed for cleaning after workers tested positive for COVID-19 — including prized Cuomo public works projects at Moynihan Station and LaGuardia Airport. Both projects will continue under the new guidance.
Some in the industry feared that their coworkers have not yet fully appreciated the threat of the virus as work was allowed to continue.

“They’re being led to believe it’s no big deal,” one steamfitter said.

Its about time. Yet another check on the growing list from our governor. Look what he did to our subways: https://gothamist.com/news/andy-byford-unchained-train-daddy-reveals-how-cuomo-made-his-job-intolerable

and this is a guy that wants to run against Trump. I truly do no know what is more obnoxious, Trump's antics or Cuomo's dripping arrogance. But then, we all see how Dems run things. Everyone can have primaries and debates to thier heart's content, but if it does not go they way the bosses want, they can tell us all to go home so they can pick the new Boss: 'Big Daddy' Cuomo. Didn't the Who write a song about that? "Say Hello to the New Boss."

We won't get fooled again! Release the data on the virus hotspots. NOW!

What more do you really need to know???.....NYC is a hot spot...there is a travel ban and only essential workers should be out...so basically you wouldnt be travelling into the local "hot spots" You want the Dems to waste more taxpayer money on gathering useless data??

Dems wasting money? Finding the truth is never a waste of money.

No, all NYC is not a universal 'hot spot' only certain neighborhoods are 'hot spots' its whispered. The 5 boroughs are a miniature map of the nation - some areas are very, very hot, others not so much. Show us a breakdown by block. Please prove that wrong. Kill the rumors.

No? Lets be blunt. What, or who, are they hiding?

I know of a luxury development in Queens where there's still construction. I bet they found the loophole of using "affordable" housing because of that 80/20 rule. Shut all of it down!