The plastic bag ban was a huge mistake 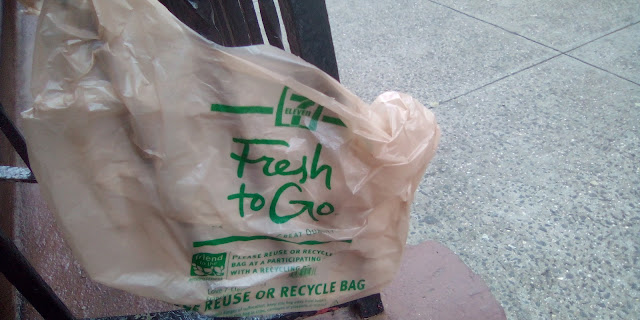 
As the plastic bag ban is set to become law next week under the reasoning that it will decrease endangerment to the environment, new studies are showing that recyclable bags might endanger your health and maybe spread the formidable coronavirus.

In the June 2018 issue of the Journal of Environmental Health, the trade publication published public health professor Dr. Ryan Sinclair’s scientific paper entitled, “The Spread of a Norovirus Surrogate via Reusable Grocery Bags in a Grocery Supermarket,” in which he concluded that reusable bags are very effective in transmitting infectious viruses from private homes to supermarket grocery carts and checkout stands.

Sinclair, along with a team of scientists, conducted an experiment where shoppers were given grocery bags that were inoculated with a surrogate virus as a stand-in for the Norovirus. Unsurprisingly, the virus was found in the highest percentages on the shoppers’ hands, the checkout stand, and on the clerks’ hands.

“These results indicate that reusable bags, contaminated with a virus from their household, have the potential to spread disease and put shoppers at risk of illness,” Sinclair wrote in a letter to the City Council when the law was being debated on the city level.

To make matters worse, according to the bag the ban website, the millions of the petroleum-based reusable bags are mostly imported from the Far East because of the cheap price tags and it is questionable if they are sanitized properly. Additionally, microbiologists have found E. coli, salmonella, fecal coliform, and other harmful bacteria in reusable bags.

Unwashed bags that come across bacteria that can last a couple days, like the Coronavirus which can last anywhere from two days to nine hours on surfaces, will lead to the contagion being spread faster, according to Brooklyn architect and environmentalist Allen Moses, who has been consumed with the issue for several years.

Moses noted that New York City has a rat problem, particularly in the subway. Wild rats carry the bacteria C. difficile, which is an important cause of diarrhea and intestinal disease that kills 14,000 people in America per year. Reusable bags are more porous and people resting them down on the subway floor are more liable to pick up these germs and take them home, said Moses.

True. But libs gotta lib. So this is where we are. Common sense out the window. But they feel good about themselves and that’s all that matters

Viruses are not bacteria. Current thought is that the novel corona virus becomes inactive after about 9 hours outside of a host and is primarily spread from human to human, not from surfaces.

Besides all that greasy dirty mess bleeds through the paper bags and your garbage is all over the floor! Nice work snowflakes!
Let’s mill down all the forests so you dummies can be conned into thinking you’re saving the planet. did anyone at any point have any concern for the people manufacturing & selling plastic bags?
You all took the circus away - now my lunch bags?

Why couldn't they move from plastic to biodegradable bags like the ones we use for our food scraps recycling??

Check out who funded this gee-whiz study: the American Chemical Council. Just 'cause something's written, and "scientific" doesn't preclude questioning the results.

Fabric bags are washable. Or use a backpack. People have been using them for centuries. This is a stupid thing to cry about - people got through pandemics and worse besides long before single use pb's were a thing.

Agree with TommyR. Thick cotton/canvas bags are great as long as you find high quality ones. Cheap bags from sellers on eBay shrink significantly in the wash (even on the lowest dryer setting.)

"Agree with TommyR" Yes he's right but sometimes I hate to admit it :-D

Fabric bags are washable but most people don't wash them. That's the problem.

They place their bag on a dirty sidewalk or train floor and then plop it onto their kitchen counter lol.

Thankfully my local grocery store (which was picked clean in every aisle except fresh produce, and had at least 200 ppl crowded inside it) went back to plastic bags today.