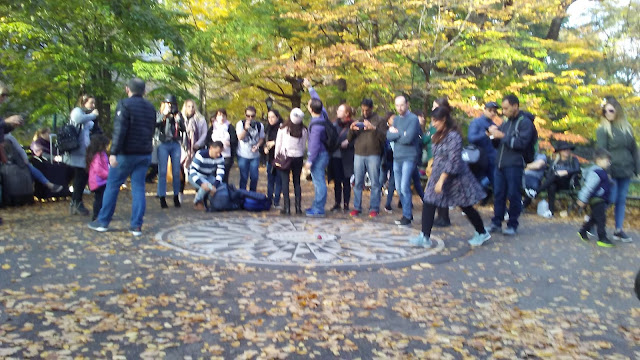 New York Times
New York has tried to slow the spread of the coronavirus by closing its schools, shutting down its nonessential businesses and urging its residents to stay home almost around the clock. But it faces a distinct obstacle in trying to stem new cases: its cheek-by-jowl density.

New York is far more crowded than any other major city in the United States. It has 28,000 residents per square mile, while San Francisco, the next most jammed city, has 17,000, according to data from the U.S. Census Bureau.

All of those people, in such a small space, appear to have helped the virus spread rapidly through packed subway trains, busy playgrounds and hivelike apartment buildings, forming ever-widening circles of infections and making New York the nation’s epicenter of the outbreak.

“Density is really an enemy in a situation like this,” said Dr. Steven Goodman, an epidemiologist at Stanford University. “With large population centers, where people are interacting with more people all the time, that’s where it’s going to spread the fastest.”

The challenge facing New York and other tightly cramped cities around the United States can be seen by comparing the country’s largest city to its second biggest, Los Angeles.

As of Monday, there were more than 13,000 confirmed cases of coronavirus in New York and about 500 in Los Angeles. New York reported 125 deaths; Los Angeles reported seven.
The population of Los Angeles is about half of New York’s, and it has conducted significantly fewer tests for the coronavirus. But researchers said one of the biggest reasons for the difference may be that in general, California residents live further apart from each other.

“Out here, we’re spread out,” said Dr. Lee Riley, professor of infectious diseases at the University of California Berkeley School of Public Health. “People use cars, the public transportation system is terrible. Whereas in New York City, you have the subways, the buses, Times Square, people living in your small apartment buildings.”

By almost any measure, New York has more bustling humanity living, working and playing side-by-side than anywhere in the country.

On an average workday, more than 5 million people jostle onto the city’s subway trains — as many trips as Los Angeles sees in half a month. Far more people live in cramped public housing units in New York — 400,000 — than in any other city. And nearly 40 million people visit Times Square every year, making it one of the busiest tourist attractions in the world.

congrats, NYC!!! we're on the national leper list. Not cool

Just wrote about this on Reddit and was going to send you.

Millennials have been beyond brainwashed and damaged by the schools and media. They can not be helped.
All I have argued with believe this virus is a hoax made up by either Trump, Bankers and rich people to takeover.

That picture was in November at Central Park by the Imagine mural for John Lennon. Just wanted to show an example of non-essential crowding.

If I see a recent bad example I will replace it I promise.

"Hug a Chinese person to hide your racism"
"Oops, I've just killed Grandpa"
"It's alright he was a Fascist"
"Hooray"

Archived b/c I'm amazed someone at the TNYT let the authors run this, given that they've all but stopped running pieces of the flaws/cons of allowing unfettered ultra-density for a few years now...

As a student of economics, finance, urban planning (yes, I've read the Power Broker and the life and death of g.a.c), a renter for part of my life, now a homeowner (and also renting out a building to others), and someone who runs a small nonprofit caring for the disabled, who was born here to first gen immigrants from a 3rd world country-- this is something nobody seems willing to talk about - but I've been unavoidably encountering frequently over the last two decades.

It all comes down to this - we are too fucking dense.

Why we do we want to aim to be somewhere where more 9 million people live cheek to jowl, sweating and coughing on each other, scrambling to get a leg up on our situation to the detriment of the next guy's, so we can make a little more, to survive in one of the most expensive places in the world? For what? To fritter away our twenties, thirties, and forties, and then realize that (most of us) couldn't save enough meaningfully to ever retire, that we're squandered our health, don't have anywhere to stretch our arms or raise a kid, and will die in a place that most of us will never have made a home - just a place we scrounged for a while and said we "experienced".

I actually think America is practically "empty" by most reasonable standards (I've also been all over America from Breckenridge to SanFran to New Orleans to Ft Wayne..etc). It has TONS of room to grow. A lot of main street USA could go up three or four storeys and absolutely nothing about an area's "livability" would change. But I wouldn't want every part of the country to look like us, here in NYC.

Because there absolutely has to be a conversation taking place about when there are simply too many fucking people living on top of each other in one place. You strain the infrastructure. You bend the "gravity" of logistical resources to (over)supply a ton of people, most of whom are net-consumers, not net-generators, in terms of resources used up and squandered.

As a random example I keep seemingly coming back to - we need to make more cities look like this (Barcelona). There is density. But there is also light, air, a pedestrian friendly way of living, and room to stretch. You can't tell, but there are open courtyards in the backs of these buildings for resident use.

We can't have a future where we end up like MegaCityOne, Blade Runner (as cool as those dystopian cyberpunk vibes are!) or more realistically, and hopefully perhaps not inevitability, Shenzen.

We can upscale our outlying counties' towns TREMENDOUSLY without really disrupting their "low rise n' leafy" appeal. And doing so would mean keeping our skies clear and blue.


They say sunlight is good for the body - and I believe it actually is a great thing to take in daily. My house is bathed in it, and there are sunny parks all over. Unlike anywhere in the City, anymore (except if you're the richest % and live at the very top).

Incidentally this is why most Queensians don't want to see the style of building dominating LIC encroach further eastward. We have density of our own sort that works - Ridgewood style, Jackson Heights style. We don't need to wake up in a maze of towers and find we can't tell what time of day it is anymore.

In the Shadow of Rising Towers, Laments of Lost Sunlight in New York (2013)

Soylent Green NYC, we are finally at this phase where the overpopulation of this city is now not only a quality of life issue but also a public health and safety one as well. Its not my imagination that so many areas of NYC seem to be too crowded, particularly the transport and commercial areas. The city has to implement this kind of totalitarian lockdown to stop the spread. Its no wonder that NYC has 10 times the infection rate of any other major city in America, I am talking about rate not the total number which is also much higher.
I also despise the armies of moronic millennials who have gentrified so many formerly normal neighborhoods and added their own mark, overpriced coffee shops and bars, and density. Morons, since many of these kids grew up in NYC suburbs in Long Island, NJ, and other places where you had space to move and breath.

Could it’s sanctuary city status be feeding the spread? Could it?

Obviously not a current photo, look at the trees