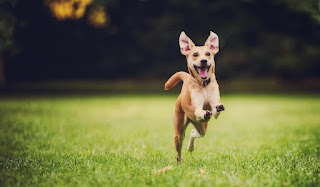 Work is scheduled to begin this month on the long-awaited revamp to the dog run in Doughboy Park, according to the Parks Department.

Construction on the dog run in Doughboy Plaza, located on Woodside Avenue between 54th and 56th streets, is expected to be completed sometime this spring.

It will include improving access to the site and installing new steps, drainage, fencing and plantings, according to Meghan Lalor, a spokeswoman for the Parks Department.

Though Councilman Jimmy Van Bramer allocated $250,000 in funding to fix up the dilapidated dog run in 2013, the project was delayed for several years while the park was used as a staging area for construction on the neighboring school, P.S. 11.

Hows about getting the drunks out of the park, heh woodside?

But there is no money for schools!
Nice!
Yuppies pleasures come first , and the local politician can pose for a nice fat photo op while the area is really going to the dogs.

Let's just throw ALL the taxpayer money into the air.

And the helipad for the deBozo?

This should have been an opportunity for the ubiquitous Friends of Parks to hit up Pet Smart...

HUH WHAT ?
$250K for this shit when the city wont even buy the volunteers slaving free of charge at the New York State pavilion basic paint supply's, donuts & coffee as thanks ?
This is absurd !!

The only way improvements come to parks is when the towers go up. Our public parks have literally become playgrounds for the rich selfish tower assholes. The funny thing is that a lot of the upticks in crime happen to be around parks.

The Democratic Machine is concerned for support if the immigrant supply is curtailed, and are reaching out to the snowflake element for support.

They spend your taxes for their purposes and take money from your hard earned sweat and from your family to further their interests, no matter how stupid and trite to the rest of us. Just think of the things in your community that are not addressed because they don't bring in support or purpose for those interests of Crowley, Van Bramer, De Baz or Coumo.

Hipshits live in a fantasy world supported by their parents, a fantasy world about to come crashing down with the barbarians now in control of Washington. Rome has fallen and all hell is about to break out in the provinces.

Make dog owners pay for it. If you own a dog, pay a fee that would go toward building these obnoxious dog runs. My family used to walk and run with our dog on the sidewalk or in our backyard. Why must nondogowners be forced to pay for this ? Or is this just more pandering for votes by Jimmy?

Hey, take your concerns to Jimmy's pocket civic at Court Square and see how far you get.

YES INDEED, Make people who insist on owning dogs NYC PAY FOR THEM. The dogs pee like race horses all over the sidewalks, poles, tree pits, objects (it makes the city stink) Make them require liability insurance also.

Enough of this rewarding stupid people for bad irresponsible behavior! This massive socialist "Free For All" is turning the city into massive socialist shitholes like Sweden, Belgium & Amsterdam where anything goes.

HELL NO - THE PARTY IS NOT SPENDING MONEY FOR ANYTHING BUT GETTING VOTES. THEY NEED THE MILLENIALS.

EVERYONE ELSE (EXCEPT THE SOME ADDLED SENIORS) ARE GETTING WISE TO THEIR GAME.

"shitholes like Sweden, Belgium & Amsterdam where anything goes."
Yes but its all free right ?