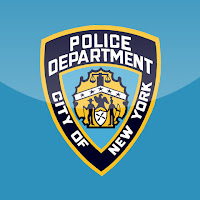 The massive payout comes six years after a lawsuit filed in Manhattan federal court claimed that cops were forced to issue the tickets for quality-of-life offenses to meet targeted numbers, “regardless of whether any crime or violation” occurred.

The court case involved more than 900,000 summonses that were issued between 2007 and 2015 and eventually dismissed for lack of probable cause.

The people who were ticketed may now be eligible for compensation to the tune of $150 per summons. They will be notified about the claims process in order to get the cash, officials said.
Posted by Queens Crapper at 12:39 AM

up to 2015, which meant these idiotic procedures still continue under de Faustio.

As innocent people got stopped, and frisked for no reason, the real scum gets away with myriad crimes with impunity.

Stop and frisk got a lot of guns off the street as well as trespassers out of public housing. There has to be a line between out right police abuse and turning a blind eye.

Fear not, they will make this monetary payoff up in a few months of stricter enforcement!

They needn't write more bogus tickets, they will have to work slightly harder and issue legitimate summonses.

BE CAREFUL! I have noticed that every other motorist is using their phone!
This will be the method to recoup their losses and have another cash cow.
These tickets cost $50 to $250 PLUS "SURCHARGES"!

Red light and speed cameras will also be stepped up to squeeze as much moneys from the unfortunate.

Realize also that the unmanned tolls are being implemented, once this is working, it will be installed at EVERY bridge and thoroughfare.

These are just additional unnoticed taxes foisted upon We the People.

As the system grows, so does its strength and becomes more powerful.

Get out while you can and move to another State within the Union.
One where freedom and liberty are embraced, not spat upon.
Most importantly stop voting for representatives the likes of what you have here in the Godforsaken hell hole.

When will the government get enough money? NEVER!!!

I received one of these quota tickets that was thrown out in court. I've seen moved 2 times so I doubt I'll be getting any noticed in the mail on how to file a claim. What a complete shame. It cost me $300 to miss work and go to court.

Going to get a lot worse because Trumps & Congress are going to withhold over a 3 Billion $$ to NYC if the sick Mayor don't change his "sanctuary city" tune
or 2: voters wise up and him and the governor out !
Deep DEEP shit is coming, and this time time no money to pay the already cut to the bone police department.
Trump wants all the illegals arrested for crimes, drugs, protection and drunkenness out of the country. No more years of 2nd and 3rd chances .

when we see rants like yours it brings to mind why our political elites hold us in contempt.

all people need to do is to grew a few, confront them when they act stupid, and drag their behavior out into the public eye.

And wait till Trump turns off the spigot for the hell holes they call sanctuary cities. Hell, we live in a G Dam sanctuary state thanks to Cuomo.

Where the hell will our perfidious politicians get the funds then?

Why from you! The schmucks that get up and go to work everyday, and pay taxes, and still can't get a pot hole on your street fixed.


Like where? I don't think you realize how good you have it.
Ticket quotas are not a NYC idea. Florida has quotas but California does not.

>> One where freedom and liberty are embraced, not spat upon.
>> Most importantly stop voting for representatives the likes of what you have here in the
>> Godforsaken hell hole.

It's worse elsewhere. New Jersey leads with red light cameras and Ohio is second.
>>Red light and speed cameras will also be stepped up to squeeze as much moneys from the unfortunate.

I think that you ought tof could back on the caffeine in the morning, (Sarc).


(Gary W), yeah. If you'd like to see more quotas and red light tickets, then sure, turn off that spigot. In the history of this country , states and cities don't like to be threatened by the federal government. Take away $10 billion and we will be paying for it.

It would be better to work with the states to reform the system and create a worker program and tax those individuals.

>> wait till Trump turns off the spigot for the hell holes they call sanctuary cities.

>Trump wants all the illegals arrested for crimes, drugs, protection and drunkenness out of the country.

Living under 2 generations of Cuomo as been like having cockroaches for 40 years.
You they breed more, dig in so deep you cant get rid of them.

Yeah wait Till Trump cuts the spigot off and there is no money for the welfare checks and refill NY state welfare EBT cards.
What will happen will go down 100X worse then the blackout of 1977.

Oh how these liberals (or should I say sheeple voters) are gonna wish they had guns in the house now because the cops & FD WILL NOT unable to contain things. A city cop I know very is worried about his wood house and family in Woodhaven --and if this shit goes down (and it will) he plans on staying home F_ protecting the mayors house.
Oh well, stupid voters will now learn the hard way and soon pay a very high price !!

Fear not, when the Federal $ dry up the difference will be made up by new taxes. Then we'll see how much the Fauxgressives care about Julio in Rikers.

(Gary W), yeah. If you'd like to see more quotas and red light tickets, then sure, turn off that spigot. In the history of this country , states and cities don't like to be threatened by the federal government. Take away $10 billion and we will be paying for it.

Bring it!! It's about time people realized the high cost of living in liberal fantasy land!!

Wait till they end the Federal deduction for state and local taxes. Then maybe people might smarten and think before they vote. Actually realize shit cost money.

Because NYPD is not the tax collection arm of Mayor DumbBlasio.