An endorsement you wouldn't want 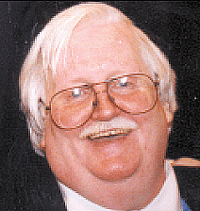 From a guest editorial in the Woodside Herald by former Council Member Walter McCaffrey:

...Deirdre Feerick is the best qualified. As a lifelong district resident, she has the best real-life experience of knowing our community. She is the only candidate with legislative experience, which means she will hit the ground running as our council member. She did not cynically shop around for a district to run in. She will serve in the fine tradition upheld by other elected leaders who came from our community. Just like Tom Manton, Eric Gioia and myself.

She's like Tom Manton, Eric Gioia and Walter McCaffrey? Well then you'd better vote for one of the guys instead!

This analogy is interesting considering that Walter McCaffrey, a term-limited councilman who represented Woodside, Sunnyside and part of Maspeth, took part in a desperate and filthy race baiting campaign against Gioia, who originally ran as an outsider.

But now they're all great political pals and Gioia is no longer an outsider, but getting endorsements from Manton's successor, Joe Crowley. So if this Feerick chick is receiving glowing praise from the likes of Walter McCaffrey - now a lobbyist - and the rest of the Queens Machine, then you'd best vote for O'Leary or Van Bramer.

Unless you like the changes that have happened in Woodside...
Posted by Queens Crapper at 1:28 AM

Trust your own judgment and common sense; eliminate Feerick.

Take control and do yourself some good.

You wouldn't want that endorsement without taking a very hot shower afterwards.

Why didn't she just buy an ad? Sounds as though that paper is pretty cozy with her...fishy.
Has the paper run other people's opinions that endorse her opponents?

I WANT MY BABY, BABY, BABY, BABY BACK RIBS.... i WANT YOU IN MY BELLY.. ROSASCO IS THE ONLY TRUE AMERICAN, ALL THE REST ARE PIGS LIKE THE ONE PICTURED. THEY ARE SELLING OUT AMERICA FOR THEIR OWN
PERSONAL GAINS. HEY, CALL ME A
CAB!