The joke's on the GOP 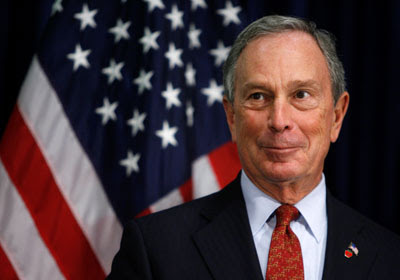 Bloomberg’s failure to show up at his own petitioning party, which his campaign claims he had never planned on attending despite the room full of anxious admirers, underscores the uncomfortable reality facing Republicans this year: they may be running with Bloomberg, but Bloomberg is not running with them.

For the first time in 12 years, the Republican Party has fielded candidates to run on the GOP line for the down-ballot citywide races: 26-year-old public advocate candidate Alex Zablocki and comptroller candidate Joe Mendola, a Greenwich Village resident and securities broker.

Neither is expected to win. But as the Bloomberg team pushed for the GOP ballot line earlier this year, they strongly implied—and, in some cases, explicitly promised—that they would support Republican candidates like Zablocki and Mendola. Bloomberg ’09 campaign operatives met with both during that process, asking them what they needed from the Bloomberg team.

But since winning permission to run on the GOP line in this fall’s mayoral election, Bloomberg has kept his distance, to the consternation of many local GOP activists.

And Urban Elephants is not digging Bloomie's vibe, either.
Posted by Queens Crapper at 2:51 PM

This (and the election) has been paid for by Bloomturd for Mayor...of the world re-re-re-re-re-election committee

Even Republicans should know a phony when they see one.

In that photo accompanying the post, what does that creep have in his mouth? A turd?

Was he just back from kissing up to one of his extremely wealthy developer friends?

Were they discussing what various properties were to be seized with eminent domain once the election is over? Or, how to prepare goose for dinner?

The Commissar says: Always plan ahead!

Let's plan on his removal. He can return to Boston or Bermuda.

When are people going to smarten up and dump this creep? Serves the republicans right for trusting him. He has his own agenda. It's all about him. He doesn't give a crap about anyone but himself. I implore everyone, democrats, republicans, conservatives -- dump this piece of crap. Please don't give him your vote. He's an opportunist and is destroying our once beautiful city with his developer friends.

Im voting for the "naked cowboy"!

Bloomberg is to the Republicans what Espada and Monserrate are to Democrats. Remember when principles and ideology meant something. Now both major parties are full of chancers and two-faced hypocrites.

Drop all of them in the river with lead shoes.

He also gave Ogni-has-been man power to get his signatures! What a joke!

TERM LIMITS FOR EVERYONE. EVERYONE GETS TWO TERMS AND THAT'S IT. IF IT'S GOOD ENOUGH FOR THE PRESIDENT OF THE UNITED STATES, THEN IT SHOULD BE GOOD ENOUGH FOR EVERY POLITICIAN. SOME OF THESE OLD FARTS HAVE BEEN IN POWER FOR DECADES. NEW PEOPLE = NEW IDEAS.

They well deserve it!

Bend over now you dumb spineless voters and give him a 3rd term!

Hey Phil and Tom, do you feel like cheap whores, well you should. You took the money and did the deed.Ha Ha no intergity left. This party as it stands in Queens is finished. Thanks to guys like these. Nothing left to stand for.