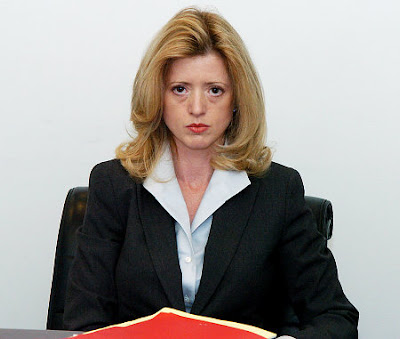 Attorney General Andrew Cuomo is investigating whether Assemblywoman Ann-Margaret Carrozza broke state law by living in a Long Island mansion instead of her Queens district.

Cuomo's office launched the probe in response to an exclusive Daily News report that revealed the Democratic lawmaker claimed in a mortgage document that the Glen Head, L.I., manse would be her "principal residence," sources said.

Cuomo's investigators - armed with statements Carrozza has made to The News - are focusing on whether she filed a false business document when she took out the $1 million mortgage, the sources said.

Carrozza, who has vowed to run for reelection next year, said she welcomes Cuomo's probe.

"I am confident he will find that at all times I have maintained my primary residence right here in Bayside," she said. That claim contradicts her mortgage pledge and statements she previously made to The News.

The mortgage papers Carrozza signed state the posh Gold Coast digs would be her "principal residence within 60 days" and "for at least one year" thereafter.

Cuomo's probers are examining whether Carrozza, 42, was able to obtain a more favorable interest rate with that assertion, the sources said.
Posted by Queens Crapper at 12:05 AM

Where'd you get that picture, Crappy? I love that "boo-boo" face! Waaaaah! Cry me a river, sweetie.

That photo reminds me of a recent movie.

Wasn't her father a judge?

But it's up to YOU voters to see that this shady lady doesn't get re-elected!

Don't be so sure about it. If Cuomo's going after her, a fellow Democrat, it must be because she has no pull or hook left.

Nothing will come of this. If anything does then All those Senate losers better watch out because there are far worse crimes going on with them. Skelos, Monserate,etc.......

THEY ARE ALL THE SAME. GET RID OF THEM ALL, NOW!!!

Cuomo's going after her, a fellow Democrat ?
NEVER

She's only a Democrat on paper, and why she's being attacked. Coumo should investigate his mom with all her dirty ties to N Shore Hospital wile his dad was Gov.
That hospital destroyed the whole North Shore of Long Island

Leave Long Island Barbie alone, she hasent done any harmeful changes. She's not even in Albany with all them real criminals most the time.

What has she done bad besides this witch hunt over a Condo ?
I cant find anything besides the Dailey News drilling on this house issue like a broken record.

I think this is a witch hunt by the hard core Democrats.

A PURE DISGRACE TO THE HUMAN RACE.
Get rid of them all, now!!!

No, Joe. It's called being deceitful and trying to pull the wool over everyone's eyes. She's also notorious for being no-shows at events as well as and more importantly a no-show in Albany.

How can she represent the people of Northeast Queens if she lives in Glen Head, Long Island? Would you accept a politician representing Manhasset to live in Whitestone? Of course you wouldn't and neither would the rest of those snots you call neighbors.

I say she should resign and let someone hold that office who actually cares to do a good job.

Well they are supposed to. And she hasn't been. When you don't show up for your job with no reasonable explanation, shouldn't you be fired?

Stop giving her a free pass because she's attractive.

I doubt Carrozza could do anything for here people in Albany.
The shots are being called by people like the Mayor who live West of the BQE.

Criminal socialists with law degrees up there. Most are in just like the mayor. "F_ Archie Bunker or any 1 family house"
Tweeds & special interest = IN
Middle class = OUT

Carrozza isnt as bad for a Democrat but she IS A DEMOCRAT.
Like most of them they are good for photos and not changing anything since they only make things worse.
Some of the most destructive things in our history were from Liberal Democrats

Are you trying to piss me off? Don't make me come find you and kick some butt! You're not that far away, you know.

And Conservative Republicans have bettered this nation in what way??? Please begin your essay witn the last Republican president if you don't mind....

Bush was Democrat, perhaps the biggest moron to hold that seat in history.
He should have received an acadamy award for fooling all the people.

Its FRAUD !
We still have this nonsense going on in New York. They all need to be thrown out.

You can kick my butt, headlock, wrestle me, just wear a nice Bikini or Fredricks.
No G strings, those are crap Euro & Trashy.

Can't you see that every move Republicans make somehow, someway always seem to benefit the wealthiest people. I truly believe that those Republicans in power get many nonwealthy(poor, uneducated, generally backward)people to vote their way with the abortion, gun rights scam. I think most Republicans in power could really give a sh#@ about that stuff but use it to get votes.
Even if Democrats have their share of baggage and crap, they are far better for regular people like you and me.
So many people are so threatened with a prospect of helping out poor people but yet have NO problem helping out the rich(even if it is more indirectly).
Come on Joe! If you're sticking up for the wealthy, that means you're one of them or you're just misinformed.

Now what do you say to that, my friend??

I don't understand what is wrong with being wealthy. If it were so bad, no one would play the lottery.

"Republicans in power get many nonwealthy(poor, uneducated, generally backward)people to vote their way with the abortion, gun rights scam."

And Democrats don't get many nonwealthy(poor, uneducated, generally backward)people to vote their way with welfare, medicaid, lifting immigration restrictions, etc.?

Everyone wants to help out poor people but no one wants a homeless shelter on their street - including Democrats.

So give me a break.

Let me add that the motivation for the vast majority of Democrats and Republicans to push their positions is to stay in power. They have no real convictions. That's why in Albany, we had 4 Dems switch back and forth between parties without batting an eyelash. Same with the mayor.

Well of course both parties will do and say anything to get votes. But how do you get poor or even middle class folks to vote Republican if it won't benefit them economically? In the end, you have to vote for whatever is good for your family's bottom line. No? The only way to do that is to scare people into thinking abortions will be perfomed on every street and people like georgetheatheist and joe will be stripped of their guns. They're now trying to scare people with the term "socialism". And though most don't even know what it means, they think it'll be the end of the world as we know it. As far as I can see, Repulicans are known for their scare tactics. Democrats are no saints either but in my view, represent my interests far better.
I don't rule out voting Republican. It all depends on the candidate. Whoever seems like they'll represent my interests. But usually Democrat.