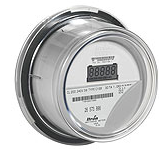 "Watch out, Queens! You are about to join the rest of the City and all of New York State, as victims of yet another flagrant moneymaking scheme for Con Edison, and all the other investor-owned electric utilities in the State.

If you’ve read the papers, you have seen reference to the electric companies' new, about to be initiated, “Smart Meter” program. These meters, which will be installed Statewide, are being touted as the most technologically advanced mechanisms, which will not only let the homeowner know how much electric is being used during which hours of the day, but will also be read remotely (no more door to door meter readers), can signal the Utility if there is a problem in your home, so that you don’t even have to call, and best of all, is the newest “training” program for the electric consumer. You are going to learn to adjust your usage to off-peak hours as you watch your meter, and realize that as an “educated” consumer, it is your job to cut down on energy. There is very little reference to a differential in rates for different periods of the day, but one small statement reads “Customers who use less electricity will be rewarded with lower rates”. You know what that means for those who use more.

In 1992, Con Edison instituted a program of “mandatory” time of use meters for the customers who were using large amounts of electricity during the months of June through September, as did the other six large NYS Utilities. They lied to the customers, never mentioning anything about differing rates during the twenty-four hour period, told them they were modern, digital meters, which would save them a lot of money. By the time we found out about it, over 20,000 meters had been installed in the State over the previous two year period.

The usual rate per kilowatt hour was around 13-14 cents in the Summer months, including taxes. The new time of use rate, from the hours of ten in the morning till six at night, was 38.50 cents per kilowatt hour BEFORE taxes. Figure somewhere around 50 cents a kilowatt hour. The price went down slightly from six to ten at night, and from ten at night till six in the morning, the charge was only 5 cents a kilowatt hour. Sounds great, huh? Run all your appliances at night, and you save a bundle. The program of rate increase was phased in over four years. The first year, you paid your normal rates, but were shown how much less you would have paid under Time of Use. The second and third years, you paid a percentage of the time of use charges, and by year four, you were going to be charged full time of use.

Yes, “some” people (not a majority), did see that they would have saved a little that first year, and during the second year, the percentage of people who saw a savings was very low. Con Edison could not tell people what the score would be by the time year four came around. They said they “didn’t know”. We did the math, and the increase in rates was staggering. No matter how people changed their habits, their rates increased at least threefold.

Not only were residences affected, but houses of worship, schools, senior centers, and other places which ran programs during the day. They couldn’t cut their air-conditioning for children and the elderly, any more than the elderly and young mothers with small children could cut their costs at home during the day. People with fixed incomes were dipping into their savings accounts to pay their bills.

We contacted State Senator Frank Padavan, Assemblyman Mark Weprin, the Consumer Protection Board, Civic groups, and the Media. We certainly did not involve the Public Service Commission since this program was instituted at its urging, with next to no public hearings or public information at all. This was strictly a private deal between the Utilities and the Public “Disservice” Commission.

Everyone agreed that not only had the program not shown any energy savings, but people were being hurt financially, and big time, at that. Senator Padavan and Assemblyman Weprin wrote legislation to prevent the Public Service Commission from ever being able to institute a “mandatory” time of use program, but the Utilities were told they had to offer it on a voluntary basis. This legislation was passed in 1997. They never actually pushed the “voluntary” rates - after all, the people who would want it, mostly those who went away for the Summer, would not bring Con Edison any revenue.

From 1997 till now, that legislation stayed on the books. Now, quietly, and secretly, while Con Edison et al, are planning on putting these meters in “every” home, regardless of usage history, and while they are telling you it is simply a great technical advance, and one which will “teach” people how to conserve, they have already managed, just last month, to get Senator Maziarz, from Upstate New York, to introduce legislation in the Senate (Bill # 7445) to allow the Public Service Commission, once more, to institute “Time of Use” metering if it feels it is in the “public good”.

It was already shown in 1996, that it was NOT in the public good, and the drive to conserve energy, prevent blackouts, to be a responsible electric consumer, was the battle cry then, just as it is now. Nothing has changed; there has always been a need to conserve, and to try to cut peak usage to prevent blackouts, but despite that, the NYS Senate and the NYS Assembly voted to eliminate the clause from the Public Service Law which allows the mandate of these meters.

No one will answer the question “What are the rates going to be this time, and during which period of hours?” They negate that subject, saying that the rates will remain the same, that this is only to help the consumer learn to conserve.

We know this is not true, and we know that the Legislation is already in the Senate.

There would be no need to add the mandate back into the Law if Con Edison was not planning on socking it to us with very high rates during peak and slightly off-peak hours. Judging from the history of this Time of Use Program - the failure of actual savings, and the cost to the consumer, the rates charged will be astronomical, and this time, EVERY homeowner and renter will be affected, not just the so-called “energy hogs”, as well as all the places which offer much-needed programs for the very young, and the elderly.

This is simply the back door approach to reinstating a program which is a money maker for Con Edison and the other six wealthy investor-owned Utilities. Don’t believe the hype you see in Press Releases. It is as much of a fraud as it was over ten years ago, when they said this was a program to save people money while conserving energy. Con Edison is not interested in having you save money; they want to make as much off you as possible. While obviously, there is a push to conserve energy, this program is not the answer. It has never worked, and it has been documented that it does not work. Simply more money for the stockholders.

Contact your Legislators, your Civic Groups, anyone you can think of, and insist that this Bill be killed. No one wanted it ten years ago, and no one is going to want it now, but once they put that meter in your home, you have no recourse. There is, of course, the very subtle issue of “Big Brother” here, since Con Edison et al. will be able to monitor your usage remotely, and know exactly how much electrical usage is taking place in your home, and when.

We will be contacting as many Legislators as possible, the Media, Civic Groups, Consumer groups, and the Consumer Protection Board in order to fight this highly detrimental program. We already know how people are hurt by it. We have seen it, and it has been documented." - anonymous
Posted by Queens Crapper at 12:54 AM

BTW, is it not fun that Astoria is protesting generation stations built to handle overdevelopment?

They want some plants in eastern Queens. Fat Chance. Afterall, its not Bayside that wants more people in thier area.

How long will it take for people to wise up to that one?

Oh yes. Its Queens. They might never figure it out.

You knew they would come up with something to make up for all the fines they've been charged.

Yes yes, pay out those fines.

It only comes from the fees that they charge the public - fees set by Albany!

Why stop at a few million! Make it big! Make a fat cash payout.

(Of course it comes from the customer's fees, but, then the politician's mismangement is directed at the utility and that is all that matters, right?)

What about Con Ed's CEO getting a 24 per cent raise??

The CEO will get an even higher raise once Time of Use metering is foisted upon the Public. Call your Legislators and tell them to vote AGAINST the bills!

Perhaps it is not well implemented if the result is seniors sweltering on at the senior center that can't afford to air condition anymore. But time of day makes so much sense that it WILL HAVE TO happen.

I am considering voluntarily enrolling in the program, but can find very little details on what I can expect to happen cost-wise. That's bad. Again, poor implementation.

Some day, not only your meter will be time of day aware but so will all your major appliances. You will be able to say to your washer/dryer "I'm not in a big hurry for this load of laundry, just run it when the price goes down".