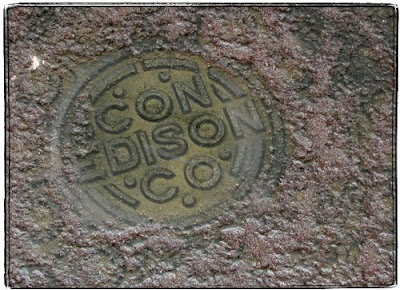 Get ready for another shock in your Con Ed bill - city residents could pay as much as 30 percent more for juice this summer.

Experts say higher fuel costs will bring an extra chill during this year's air-conditioning season.
Wholesale prices for electricity to be delivered to the city in July and August are now up a whopping 89 percent over last summer, according to federal regulators, although state regulators say the increase is no more than 66 percent.

Either way, utility experts predict the increases could translate into a potential 30 percent rate hike passed on to residential buyers.

And that's before Con Ed's latest demand for three straight years of 4.9 percent electricity-price increases, which it hopes will kick in next April.

Con Ed already charges the highest prices of any major US electric utility.

Read Con Ed's Next Bright Idea in the Archives section. Time of Use metering is going to be imposed on all of us after the Utility's new wonder child, the "Smart Meter" is installed in your home. Bills are already in the Assembly and the Senate to reinstate the ability of the Public Service Commission to mandate Time of Use metering if it feels it is "in the Public Good". We are about to be slaughtered by the Utilities.

I'm going to burn my recycled
kitchen grease candles I've just made...spend less time on my PC and buy a folding paper fan.
That way can even be my own best fan..ha, ha!

FU you G-D damn Con Ed buzzards
and their accomplices
at the Public Service Commission!

Someone has to pay to connect all those illegal conversions and double digit growth.

How many times to we have to say that?

Everyone thinks its some stupid conspiricy.

While Con Ed has long been the bad guy, some of the pain NYC rate payers was and is caused by the environmentalists. I remember when Con Ed proposed the Storm King generator plant. The intent was to pump water to the top of the mountain during off peak hours then reversed to generate power during peak hours.
It's such a simple thing to do but the whackos came out in force. You can thank them for off hour meters.

The "bad guys" are the super wealthy NYS Utilities, which are pushing for rate hikes and time of use metering (hey, guys, imagine paying almost 40 cents a kwh during peak - which is what Con Ed charged in the early 90s under its mandatory time of use program)so they can line the pockets of their investors with more money. This is not an energy problem, this is not a conservation problem, this is simply more money grubbing.

Saying stuff like this is what the politicians always say. Oh the Con Ed stockholders want money.

You are served notice that everytime you say this, the reality will be printed:

1. This is a public utiltiy. Its rates are set by Albany.

2. This is not an exciting investment, but something that is slow and steady - the favorite of non-sexy things like trust funds and estates. Widows and orphans are not money grubbers.

3. The rate increases are caused by explosive growth. Pure and simple. Everytime you see a headline in one of those infamous Queens weeeklies talking about the booming real estate market, or hear one of our polticians satisfy a campaign debt by making a speach on how we must grow, add up the costs in transporation, city services, Con Ed and water.

Get over it, people. THIS IS WHY THESE THINGS ARE GOING UP!!

Anonymous said Its rates are set by Albany. Guess again - they are set by their pals at the Public Service Commission. We'll see if you sing the same tune when you are paying 40 cents a kwh for your power.

Bipartisan by law since 1970, the Commission consists of up to five members, each appointed by the Governor and confirmed by the State Senate for a term of six years or to complete an unexpired term of a former Commissioner. The Chairman, designated by the Governor, is the chief executive officer of the Department
----------

This is what happens when you let your pals, the local politicians, make comments about Con Ed without doing, oh, say 10 seconds of research.

We'll see if you sing the same tune when you are paying 40 cents a kwh for your power.

So simple even a Queens newspaper or Queens politican can follow.

But of course, they will not.