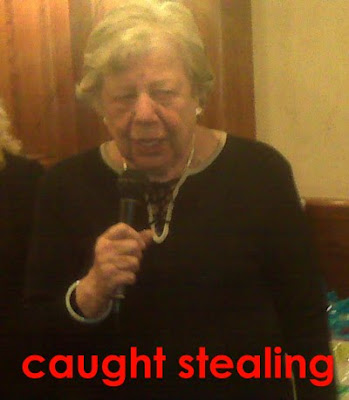 The New York State Department of State awarded a Queens development group a $1.5 million grant, despite a continuing investigation by the Attorney General into allegations that the group conducted an extensive lobbying effort in violation of state law.

It was unclear why the comptroller's office was unable to determine the status of the investigation. Danny Kanner, a spokesman for Attorney General Eric Schneiderman's office, told The Wall Street Journal on Thursday that the probe remains active, but declined to comment further.

In 2009, when Gov. Andrew Cuomo was attorney general, his office launched an investigation into whether Ms. Shulman's group violated state law by lobbying in support of Mayor Michael Bloomberg's plans to redevelop a dilapidated tract of Queens known as Willets Point. Ms. Shulman's group has denied any wrongdoing.

Willets Point, a 62-acre area adjacent to Flushing Meadows Park and Citi Field, lacks paved roads or sewers and is dotted with auto-repair shops and junkyards. The mayor's plan, approved by the City Council in 2008, calls for a massive cleanup and the creation of 5,500 housing units and eight acres of parks and playgrounds.

But the two agencies failed to get any confirmation about the existence of the attorney general's probe.

Earlier this year, the Department of State received a final green light from the comptroller's office to move forward with the $1.5 million grant to Ms. Shulman's group. The grant is for Ms. Shulman's group to come up with a development proposal for a 60-acre area with 32 potential brownfield sites along the Flushing River waterfront.

Ms. Shulman's group is using the grant money to hire a consultant. The group has invited the public to attend on Tuesday a public meeting about the redevelopment plans at Flushing Town Hall.

"We're going full steam ahead on this project," Ms. Shulman said in an interview.

I TOLD YOU ABOUT THIS SCHEME MORE THAN A YEAR AGO.

If you know anyone affiliated with property or a business across the Flushing River from Willets Point in the area targeted by Shulman's LDC (between Northern and Roosevelt), make sure they know that Shulman's LDC is holding an open house meeting at the Flushing Town Hall on Tuesday October 18 from 4 - 8 PM, to provide information about the LDC's brownfield program. The LDC's web page on this topic, linked below, does not reveal the threat that this project poses to property and business owners. Looking at the provided materials, you would not know that the LDC intends to redevelop the entire 60 acres. The LDC's web site contains an innocent-looking map of the area and the existing uses; but does not publish the information within the LDC's grant application which shows each block and lot is already predetermined by the LDC to be a brownfield or underutilized – which as we know, are precursors to eminent domain. Spread the word. Here's the link.
Posted by Queens Crapper at 3:15 PM

As soon as Vicki gets off her boat cruise I'm sure this will be on the front page of next week's Courier replete with a front page giggly photo of her and Shulman. Maybe their happy hubbies too?

Geez! Everything Wellington Z. Chen has his hand in is turning to shit! Bye Claire.

Who else is on the Wellington Chen gravy train? The US Attorney is going to be busy investigating all political contributions managed by Wellington Chen, TDC, F & T, Fultonex, e888 and the rest of his bogus corporations. Get out the lawn chairs and the martinis! Lets watch all the politicos run like turkeys!

Hopefully it is the end of the Donald Manes era of Queens politics.

Back for more said...

Claire you can run you can hide but the people who's life's you have destroyed will not sleep until your old shriveled up ass goes down in flames... What goes up must come down, only in this case it's 40 years older and 200lbs heavier

WTF?
Is Congressman Ackerman involved? Is he protecting Shulman and her cohorts?

Claire Shulman---Poster Child for UGLY (inside and out).

For whatever reason, the Wall Street Journal article carefully avoids explaining how exactly the state comptroller and Department of State were unable to confirm the existence of the investigation, and who is to blame for this. That information, which Willets Point United possesses, will likley surface in subsequent articles to be published elsewhere. Meanwhile, now that the state comptroller is aware that there is indeed an pending investigation, will he suspend any disbursal of taxpayer funds to Shulman's LDC unless the investigation is resolved and the LDC is found not to have committed the alleged offenses?

Looks like it's time to bring in a special prosecutor, if one can be found that is not beholden to Shulman and her cohorts (as Schneiderman, Cuomo, DiNapoli and others thus far appear to be).

Is she still here? Well, not for long, either way.

is she dead yet , if not lock her ass up

Poster child? For what dog food

Who can forget this blast from the past???

Claire Shulman and Wellington Chen started the take-over of the Willets Point area in the mid 90's. I was at the first meeting in the new Flushing Library. Rumor has it that Julia Harrison ask the reps from Tully to attend. When Claire Shulman saw Dan Scully there she refused to start the meeting unless he left. She waited him out and eventually Dan did leave. She then scolded the rest of the attendees not to disclose anything about the meetings as they were to be private.

The rest of the meeting included a slide show and a presentation by Wellington Chen. Chen stated that he could do no more improvements to Flushing unless the Willetts Point area was cleanded up. If I remember correctly he said that he "could not get investors from China and other areas to invest in Flushing with this garbage dump across the river". Or something to that effect.

Shulman and Chen have been conspiring ever since. She said at on of the meetings that she helped Wellington Chen get his house. I guess she wanted us to know that they were close.

I feel bad for the businesses in that area. Shulman always alluded to the area being run by "shady characters". I guess she has someting against Italian-Americans. We know here prefference is Asian. I guess she feels the Asian money is greener.

Land use chair and on the committee? holy shit smells like its a done deal.

It's time for an #OccupyBoroughHall protest!!!!! A protest against cronyism and corruption.

Shulman should be decalred a Brown Field. She's already a walking, talking piece of shit!

If this were an area filled with Asian owned businesses, Shulman wouldn't be so fast to put them out of business. Now that it's been previously mentioned I do agree that she is acting with a bias against Italian-Americans.

"It's time for an #OccupyBoroughHall protest!!!!! A protest against cronyism and corruption."

WRONG! Forget protests, forget bitching on blogs. It's time to stop re-electing the politicians who have been screwing us.

Ah,
they're all on the take up in Albany....pretending they don't know their asses from their elbows!

Nobody knows what's up in what department?

You wanna believe that crap?

I'll tell you....one hand washes the other in the same f----g washroom! They gotta know!

Where the hell is the FBI on this?

Where is Shulman's orange jump suit?

She's long overdue to take up her residence in cell block #4!

Reserve some room for Moby Stavisky too.

Uh, make that a large room to accommodate her ever increasing girth!

Unless there's some truth to a rumor that she's not in good health just like "granny" Shulman.

In that case....get 2 holes ready for this pair of decrepit "A" holes.

Phew, it's low tide in the Flushing Creek again !

Hear that FBI looking into this.

Better I go back to Taiwan and take my Occidental pals with me.

LOL....
I hope I'm still around to empty my piss bottle on Shulman's grave after she croaks.

All of these collective crooks are pushing hard and fast here....
but the plummeting economy (which is out of their control) will sink their boat in the end.

All that Willets Point United has to due is stay the course and stall those bastards!

Donald Manes, the king of corruption, couldn't oust the WP property owners when he was pushing his grandiose Grand Prix Racing scheme back in the day.

Bring in the Anti Italian Defamation League to picket these trolls who are insinuating that the Mafia runs Willets Point.

Stavisky wouldn't hesitate a moment to claim anti Semetism if the Jews owned the WP properties.

And Wellington Zhou Chen would be screaming Anti-Asian if the Chinese owned WP.