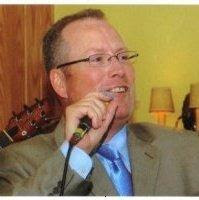 On its face, Rose McGushin’s case seems unremarkable. A 49-year-old woman who lives on a $13,000-a-year disability check in California, McGushin is wrangling with a Queens attorney over a disputed legal fee she says will cripple her financially. The attorney who is suing her, John “Sean” Crowley, recently filed litigation seeking $10,000 for work he performed on McGushin’s mother’s will nearly a decade ago.

Crowley is the brother of Queens Congressman Joe Crowley. And what makes the case unusual is that the judge who will hear the dispute on Thursday at 10 a.m., Queens Surrogate Court Judge Peter Kelly, essentially owes his position to the political support of Joe Crowley — who doubles as the Queens Democratic Party chairman.

Last year, Kelly ran unopposed for a 14-year term on the bench after getting the Democratic nomination from Crowley’s Queens Democratic Party.

McGushin recently penned a handwritten letter to Kelly asking for the case to be moved out of the Queens court system, due to what she says is a clear-cut conflict-of-interest.

“I feel I many not receive a fair trial with you, Judge Kelley [sic], presiding over my case,” she wrote, “where the petitioner is John E. Crowley, brother of Joe Crowley who is the Queens Democratic chairman – head of the party that nominated you prior to your recent election.”

She received a terse response back from Kelly’s law clerk, Francis Kahn, telling her that under court rules, letters about a potential conflict of interest were not admissible. Kahn instructed McGushin, who has serious arthritis, that she would have to fly out from California to represent herself, or find an attorney to represent her.

A spokesman for the court system, David Bookstaver, said Judge Kelly ultimately has the sole power to decide whether conflict of interest exists and whether he must recuse himself.

McGushin has also taken her concern about a conflict of interest to the New York Unified Court System’s Deputy Chief Administrative Judge Fern Fischer. In a letter, McGushen told Fischer she was having trouble finding an attorney to represent her because “lawyers that I spoke to were very reluctant when they heard that a Crowley was suing me.” She says she never received a response.

And here's a followup from City Hall:

The judge in the case, Peter Kelly, is the brother of Queens Democratic leader Joe Crowley’s longtime chief of staff, Anne Marie Anzalone.
Posted by Queens Crapper at 12:05 AM

is not queens democrat dictatorship grand ?

The judicial system is also corrupt? Well, what do know. It's amazing how low a politician can go. Well maybe it's not amazing. Term limits work for me. Make that one term.

Looks like "Virginia" Joe just got a kick in the ass!

First it was Tom Manton. Then we got Joe Crowley.

What is it with all of these crooked Irish pols? Do they have a lock on corruption? (Let's not forget Brian Mc Laughlin and Dennis Gallagher).

Jeez...can't the Queens Democratic machine give another nationality a fair chance to screw us?

They don't call him "Honest Joe" Crowley for nothin'

"The attorney who is suing her, John “Sean” Crowley, recently filed litigation seeking $10,000 for work he performed on McGushin’s mother’s will nearly a decade ago."
So if he did work for the mother 10 years earlier, why is he suing the daughter? Also, isn't there a statute of limitation?

Well, it could be that the work on the will was done after the mother passed away. Plus, you can sue the estate of someone if they died owing you money. As for the statute of limitations, that I don't know.

The judge should recuse himself. The Crowley dynasty needs to come to an end. There's just too much corruption and money involved.

Recently a comedian quipped that they should all serve three terms; one in office and two in prison! Funny huh?

How Irish are Seminerio, Meeks and Smith?

Isn't Judge Kelly's choice of counsel to his Public Administrator, Crowley & Kaufman? A very lucrative appointment! Any connection there? No wonder McGushin is doubtful about Kelly deciding. The public and officials should keep a close eye on this group.