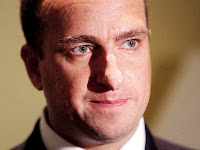 It’s not just the five civil suits pending against him, which Metro revealed last week.

Sharif El-Gamal, developer of Park51, the controversial mosque two blocks from Ground Zero, also has nearly 400 open violations on a building his company owns at West 151st Street, according to the New York Post.

El-Gamal also owes the city over $60,000 in unpaid fees, fines and taxes on the uptown property.

Tenants say the 14-unit building is infested with rats and cockroachs. They also told the Post that landlord El-Gamal has ignored their complaints, ranging from a bathroom ceiling collapse to a lack of heat.

The news comes on top of a claim from Con Edison that El-Gamal owes them $1.7 million in back rent for 51 Park Place, where he wants to expand the mosque and Islamic community center.

El-Gamal is due in court this Thursday for the uptown building violations. If he doesn’t show up, he reportedly risks being sent to jail.

I'm sure Bloomberg and Quinn will bail him out.
Posted by Queens Crapper at 12:21 AM

It used to be those old Jewish slumlords that wrecked the South Bronx making all the headlines.

Now its their "Muzzie" enemies, wearing diapers and fan belts on their heads, getting equal time.

Welcome to America.
Shall we bend over deeper?

Park51 is not a mosque. You can keep saying it over and over, but it still isn't true.

Is that why they were hyping their "grand opening" a few weeks ago and showing the Muslims praying to Mecca?

Could someone show me a landlord that is not a scumlord simultaneously.

It's not like the Greeks were going to rebuild at WTC either. It was a big Trojan Horse to get more money. They said it was going to be some sort of interfaith center with muzzies, too. (Where did you think the Koreans learned how to build tax-free catering halls?) The thing is in the way in terms of traffic and anti-terrorism and they are just squawking for a bigger buy out.

I'm sure the Rats and Roaches all meet Halal standards.