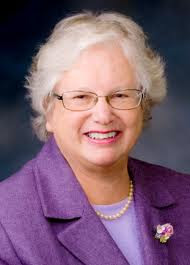 From the Perez Notes:

I had the opportunity, to interview State Senator Toby Ann Stavisky, who represents the 16th SD. Here are some of State Senator's views, on the issues of the day.

"I would like to see some more parking there."

"I would like to see more affordable housing there."

"Congestion is something in Downtown Flushing that we need to reduce."

We won't since tweeders like you love rezoning property to allow megadevelopment.

"All but 9 of the businesses have been re-located."

None of the businesses have been relocated.

"The city has issued a request for a proposal."

Wow, she got something right!

"They are going to raise the road bed, so that they can overcome the flooding, the lack of sewers, and side walks. Its an embarrassment."

They are going to raise the roadbed to elevate the site above the 100-year flood plain. Of course they didn't make the Wilpons do that for CitiField, so 126th is going to be one lopsided street. And the area is an embarrassment because the city intentionally neglected it for decades so it would become blighted, which is the criteria for condemnation in NY State. This was all part of the plan, and you had a hand in it.

"Where else do you have this large a plot of vacant land, you have something in the neighborhood of 60 acres."

It's not vacant, moron.
Posted by Queens Crapper at 12:32 AM

Leave my ma alone! She has enough trouble cooking the books on the North Flushing Senior Center to care about the rest of the district. My allowance is already overdue and she tossed and turned all night and I couldn't fall asleep so I'm a bit grouchy right now!

Thank you QC for this informative entry. I'm so glad that you're able to focus on someone dumber than me!

The space between "Tubby's" ears
is certainly vacant!

That hand-me-down Stavisky dynasty has

Where do you think they get their campaign contributions from?

Time to hang up the enema bag and flush this old bag out of office!

Tommy Huang gave her hubby, Leonard money....but under the table.

That hand-me-down Stavisky dynasty has been on the take for too damn long!

She doesn't have to know what she's talking about because neither do her past-it, alta kakka Jewish supporters.

They'll both be gone soon.

When will she do like Mayersohn or Pheffer, i.e. stepping down after re-election, so County can nominate Evan?

What's scarier - her comments or her picture?

When will she do like Mayersohn or Pheffer, i.e. stepping down after re-election, so County can nominate Evan?

Can I do that when I live upstate...or is it Manhattan...or maybe Queens? I get lost. I'm beyond GPS!!!

What's scarier - her comments or her picture?


Her? I thought that it was a man who likes pearls and flowers. That was a close shave!

1. her son will make seven figures useing all of her clout for his clients

2. all the party hack kiss asses from the bay terrace will hand out fliers for her

3. tony avella wont make a move without her permission

I know it's getting hot out there (and even hotter for me) but let's have a cool, calm rational discussion about these impotent issues. Lunch at the North Flushing Senior Center??? Just don't ask any questions about that center and all will be good.


Whew! That should hold those suckers. What? My mike is still on???

You could have elected Sasson when you had the chance. But you sat it out. Now you're stuck with Stavisky.

I know it's getting hot out there (and even hotter for me) but let's have a cool, calm rational discussion about these "impotent" issues.

Sasson will be in big trouble very soon. watch carefully. if he has any brains he will quickly drop out of the scene and enjoy his money and go to isreal quick. the authorities have him as a conspirator of the voter fraud. he rteally hs no sense how bad this is. this is very, very serious. the russian lady has flipped and they have the payments on record.