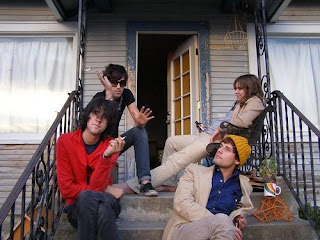 Councilwoman Diana Reyna theorized that “hipsters” may be part of the cause for the inconsistency of the Census numbers, stating that some of them “only want to be counted in their home state.” She also added that they might not participate in the Census because it wouldn’t be “cool.”

Another possible reason for the apparent undercount: illegal immigrants who are simply too afraid to talk to the government. There are an estimated 500,000 in New York.

It’s also possible that people did leave the city for economic reasons and that the undercount is actually not that far “under.”

Another explanation for the oddities in the Census Bureau’s data is illegal subdivisions of housing. For example, if a person is illegally subletting his house to a family and actually lives with eight people, he is not likely to admit this to a Census worker. He would either lie about how many people he lives with, in which case the data is incorrect, or he would not bother answering the door at all, in which case his house gets counted as vacant despite the nine people living there.

Let's just say that thanks to our sanctuary city status and lax policies on illegal conversions we will never even come close to knowing how many people actually live here.

Photo from Free Williamsburg
Posted by Queens Crapper at 12:38 AM

For every hipster there are probably 100 illegals in this city

These guys have I.D.s and have no worry about being counted. You mean their home state of Buffalo NY?

A census that makes no sense!

These guys/Those guys are gonna be our future welfare/homeless population when the trust funds go bust.

These guys look like the same characters I was talking to up at the Fresh Pond El where I was playing a private party.

They all think that they are gonna wealthy artists & musicians. THATS PURE FANTASYLAND.
Music and "arts" no longer pay real money. 99.5 of self titled artists and musicians are gonna end up penniless, on welfare without health insurance.
They have no clue or business minds.
In 2011 Global corporations control all the distribution, major tours, TV and FM radio airplay.
These "mobs" only sell and back their own "manufactured" products where looks & marketing come first.
All your 21 century American Idols are FAKE, don't write the songs the perform, and don't even own the homes (or wheels) they live in !!

Now when are these clueless hipsters gonna get it, quit dreaming and go home ?

Councilwoman Diana Reyn - quit please. Go find your brethern hiding under your bed and count them. Hipsters, you got to be joking.

Came across a Crain's item from 2004 stating that the census would be widely off mark.

All this posturing by the pols is just that - posturing.

Of course you will reelect them with a landslide so what is the issue?

No irregularities. For every illegal, there is one New Yorker moving out, sick of high taxes.
Crapper posted the story ("Young people plan to bolt from the state") of those planning to move out due to high taxes, and referenced to the Daily News story:
http://www.nydailynews.com/opinions/2011/05/13/2011-05-13_why_new_yorkers_hate_ny.html

Why do you think they call it the Censeless Bureau?

Real NYers are fed-up, priced out and ready to flee. Hipsters are over NYC, and about to move on to the next hot city du jour.

NYC politicos will be screwed when only the uber rich and off-the- grid illegals remain, neither of whom pay taxes.

Yeah, it's the hipsters. It couldn't be all the illegals that suck off the taxpayers and don't want to be counted.

"the uber rich do not pay taxes" . what yearly income are you referring to ? who are the "rich".

stop your class warfare and tell the truth.
49% of the population pay no income tax.
compared to Canada (15% corporate tax), the U.S. corporations pay 40-45% corpoate tax.

i never worked for a "poor" person. did you?

a small % of the high earners in the U.S pay the larger percentage of income taxes.

Now, you know Diana Reyna wouldn't say anything bad about her people. Her hermanos and hermanas are not the problem. The hipsters are.

Hipsters don't pay any taxes either. THeir parents pay the taxes in their home states and pay their kids inflated rents here.

Yet another reason to hate hipsters.

Yeah, it's the hipsters. It couldn't be all the illegals that suck off the taxpayers and don't want to be counted. - WORDS OF WISDOM!

Immigrants are too afraid to talk to the government!?? Then how the fuck do they get all those benefits????