How about an election instead of a coronation? 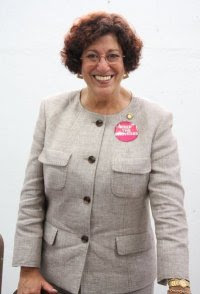 "Inquiring minds would like to know why it is that the voters in the County of Nassau, as well as elsewhere in NY State, get to elect their County Clerk and their District Attorney while similar residents of NY State and U.S. Citizens are not permitted to elect their County Clerk because they reside in New York City, instead having that position filed by a non-elected Judge, but are permitted to elect their District Attorney, who like the County Clerk is not a City or State governmental official, but is a "County" governmental official? I hold no animus toward our new County Clerk, in fact don't know her at all, but I don't understand how such an appointment is sustainable under the U.S. Constitution and the Supreme Court's rulings of "one man one vote" in general and the series of cases involving the NYC Board of Estimate v. Morris (1989) that sustained such doctrine for NY State and NY City. Republicans are not likely to elect the Queens County Clerk, in fact I suspect if an election was held in November Ms. Pheffer would win, but at least the people would decide and more importantly there might come a time when another political party or through the primary process another candidate might emerge four or more years hence. Right now we live in "Idi Amin's Uganda" because we have a County Clerk for Life! Don't you folks think you should bring this matter to the attention of the Federal Judges of the EDNY for determination and perhaps free us from this tyranny and give us the same rights as other US citizens residing in New York State?" - Walter Kowsh on Facebook
Posted by Queens Crapper at 12:46 AM

We're all asleep at the wheel.

We say we're too busy trying to make a living just to get by in a complex world.

We say that we're to busy to be bothered with extraneous, time consuming matters like...PROTECTING OUR DEMOCRACY.

Result we get our officials rammed down our throats or up our asses by the Queens machine.

Queens is a monarchy....
controlled by the Great Democratic Party Dictatorship!

And where's the outrage from the electorate?

We even keep re-electing the pols that continue to rape us.

Hence, dynasties like the Staviskys, have a field day with us!

Shame on both Pheffer and Mayersohn, and the Queens Democratic Party. These 2 women (certainly not ladies) knew they were not going to complete their terms, yet they ran un-opposed for re-election in safe districts last November. Had they any sense of decency, they would have not run, as to allow for open Primaries. Now, they and he corrupt Queens Dem Party, get to hand-pick their successors.

Now the Queens machine can look to Pheffer to fix the calender....
so that politically connected criminal developers can shop judges....
who are more sympathetic to their pending cases.

She should keep that bottom button on her suit unfastened.

It's ready to pop off if she moves.

I was caught down wind from Tubby once
and discovered she should bathe more often.

Pheffer had a Republican opponent.

Anon no. 2 said that "they ran un-opposed for re-election in safe districts last November." That's what I was talking about.

What a hideous ugly no talent hack. Hey Crappy, thanks a lot for reproducing that photo of Pheffer. Now I'm gong to have nightmares tonight.

There is talk that Pheffer's chief of staff (read: heir apparent) JoAnne Shapiro will have an opponent. Stay tuned.

Yeah, one hand picked by the Republican machine.

I have no comment on the politics being discussed here, jst an explanaotry note on the County Clerk. The county clerks in NYC wear three hats: County Clerk (who records certain documents), Clerk of the Supreme Court and Commissioner of Jurors. Out side NYC these are two or three separate functions. County Clerks are elected outside NYC, Commissioner of Jurors are not, and all court clerks are appointed by judges. Since the NYC County Cerks are considered court clerks and commissioners, they're appointed and not elected. Just like the governor and mayor appoint their commissioners, etc.

Well I never!!! Hey, my lobster lunches have got to be paid for somehow! Mind your own business. It's not your money...or is it?