The court case that no one is talking about 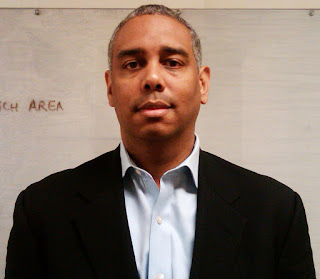 The position of embattled City Councilman Ruben Wills (D-Jamaica) became even more tenuous last week when his co-defendant in a corruption case brought by state Attorney General Eric Schneiderman pleaded guilty to lesser charges, and accused the councilman of hatching an elaborate scheme to steal campaign funds for personal use.

Jelani Mills said under oath that he assisted Wills in an alleged plot to take $11,500 in campaign funds between June 2009 and April 2010. The agreement with Schneiderman’s office was signed one day after Mills allegedly skipped out on a court date.

It also let Mills avoid a prison sentence by allowing him to plead guilty to a misdemeanor count of second-degree falsifying business records, with four more serious charges from his original indictment dropped.

Mills was originally charged with one count of third-degree larceny and three counts of first-degree falsifying business records when they were arrested.

The agreement stipulates that Mills will be sentenced to one year of probation and 10 days of community service. He could have faced up to a year in prison and a $1,000 fine for the one remaining charge.

Schneiderman’s office declined to comment on the agreement, and no sentencing date was yet available.

The state also alleges that some of the campaign money was directed to NY 4 Life, a nonprofit concern that Wills allegedly controlled.
Posted by Queens Crapper at 1:06 AM

Rat on your boss to go free.

Maybe Wlls can cop a deal and Rat out an even bigger fish.

But in the end:
Snitches end up in ditches...

"Snitches end up in ditches..."

We need people to come clean about the many ways that City Council is corrupt. This sounds like you are discouraging peope from coming forward. Spreading fear and intimidation like this could be considered witness tampering.

Bring his name up in the next press conference by the mayor. Maybe that will give the scandal some traction.

I think everyone has heard that expression.

What you may call witness tampering, I would call a Constitutionally protected first amendment right of freedom of speech.

And your veiled innuendo of threat could be considered by some discouraging the freedom of speech through intimidation.

And right now, I imagine that, Mills and Wills (what a team - sounds like it would be a great name for a law firm) have more important and plenty to do, other than read what some knuckleheads are saying on "Queens Crap"...

Can you all please read "Three Felonies A Day: How the Feds Target the Innocent"

You can read a good portion for free with the amazon "look inside" preview!

See how messed up the entire system is and how the innocent are prosecuted and the real corrupt remain untouched...

"I have a scheme". - Councilman Ruben Wills

Looks like another crooked, corrupt Southeast Queens pol will be going down, one that I predicted last year would happen. The latest in a long ling of crooks from Southeast Queens pols, Councilman Ruben Wills, looks like he will be heading to prison due to his family member, Jelani Mills, who will admit under oath that he assisted Wills in an alleged scheme to steal $11,500 in campaign funds between June 2009 and April 2010. This all happened pretty quickly after Mills skipped out on a court date appearance.

Another corrupt pol, City Council Speaker, everyone’s favorite cold fish, Melissa Mark-Viverito , refused to make a comment on one of her crooked council members, but then if you were not squeaking clean like her, I guess you would keep your mouth shut too.

So how many of our wonderful local elected officials have been to jail, are in jail and headed to jail. I need a scorecard.