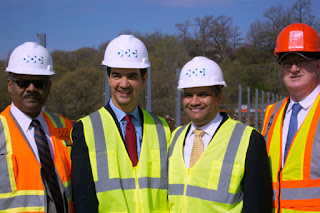 Frustrated workers at the Department of Design and Construction raged at Mayor Bill de Blasio in a letter two years ago, accusing him of doing nothing after they warned him the agency's commissioner was hiring cronies, including the wife of a city councilman, DNAinfo New York has learned.

DDC Commissioner Feniosky Pena-Mora hired Christina Melendez, the wife of Councilman Ydanis Rodriguez, as a special assistant to him with a $150,000-a-year salary in June 2014.

Two years earlier, when Pena-Mora faced removal as the dean at Columbia University's engineering school, Rodriguez came to his aid, leading a campaign to keep him in the job.

Melendez, who had previously worked in education, didn’t have a background in engineering or architecture, disciplines normally associated with the DDC. But the DDC position paid $48,000 more than her previous job as an assistant principal, according to city records.

Pena-Mora's hires of Melendez and others shortly after his appointment as commissioner in April 2014 have fueled patronage allegations by DDC employees over the past two years, according to sources.

Some staffers were so outraged that they wrote an anonymous letter to de Blasio complaining about the alleged patronage, the demotions of longtime personnel and Pena-Mora’s abrasive management style.
Posted by Queens Crapper at 7:15 AM

Maybe running the DDC like a kindergarten is not the worst idea in the world...

The hottest job in NYC is not a stockbroker anymore. It's being a CRONIE !!

Columbia removed him because he was all hat an no cattle

When Funny Peniovsky was dean, the engineering library didn't check ID so mafia contractors coul duse it. Sovern invented Obama to rape taxpayers with grants. Sovern started the riots to take over Columbia: "UPI June 6, 1992 Columbia will be looking for a new president in a period troubled by criticism for destroying records that were being reviewed for improprieties." College Republican dumpster divers found the records! In his 2010 book on universities (p35) Columbia provost Jonathan Cole brags that undergraduates and their parents are suckers who fund the platform from which professulas can then rape taxpayers with grants. We need to go after professulas who inflicted America-hating Trotskyite Deming Juran Japanese participative Toyotagate management on this country! "Industrial engineering" is soviet economics and "financial engineering" is soviet finance because they don't believe in free markets and try to manipulate trends instead. That's why their business schools teach soviet participative management as dogma. Deport foreign born Obama voters for sedition. Any immigrant who visits his birth country should be expatriated.

$150K for a special assistant?
How blatant, in your face this sweet arrangement is.
As I said many times before everybody pays the price of corruption.

This is every where. The Queens borough commissioner has a degree in communication sand was previously their mouthpiece. What are her qualifications? Like i said it's everywhere,that is why nothing gets done correctly, if it gets done at all.

Mayor dumblasio is one of the most corrupt mayors. He knows what he's doing, he just acts like ge doesnt.

if the allegations are true it's sad. Ydanis is one of the most prominent Latino politicians this city has.

Melendez was a monster, throwing her weight around demoralizing seasoned architects and engineers, acting superior and working to break them down. Only after this came out did she quietly disappear from the Department of Design and Construction. She was not content with taking her salary and doing nothing, she had to have power and push people around. I know one great architect she tried to destroy, he persevered in spite of her, but some did not. I blame DeBlasio for letting it all happen, political patronage permiates his administration and frankly goes unchecked. Elected officials wonder why people are unhappy and angry well it isn't too hard to figure out. The Department of Design and Construction is ruined as an agency and a shadow of what it once was, really good people are gone now, the knowledge base replaced with young admirers of Pena Mora with no knowledge or talent, the next commissioner will have their hands full trying to sort things out and rebuild the agency he destroyed. It is a real shame.